Search Our Inventory / All Rugs / SEICHUR KUBA 3' 6" x 5' 1" We include a full exchange policy on every purchase. 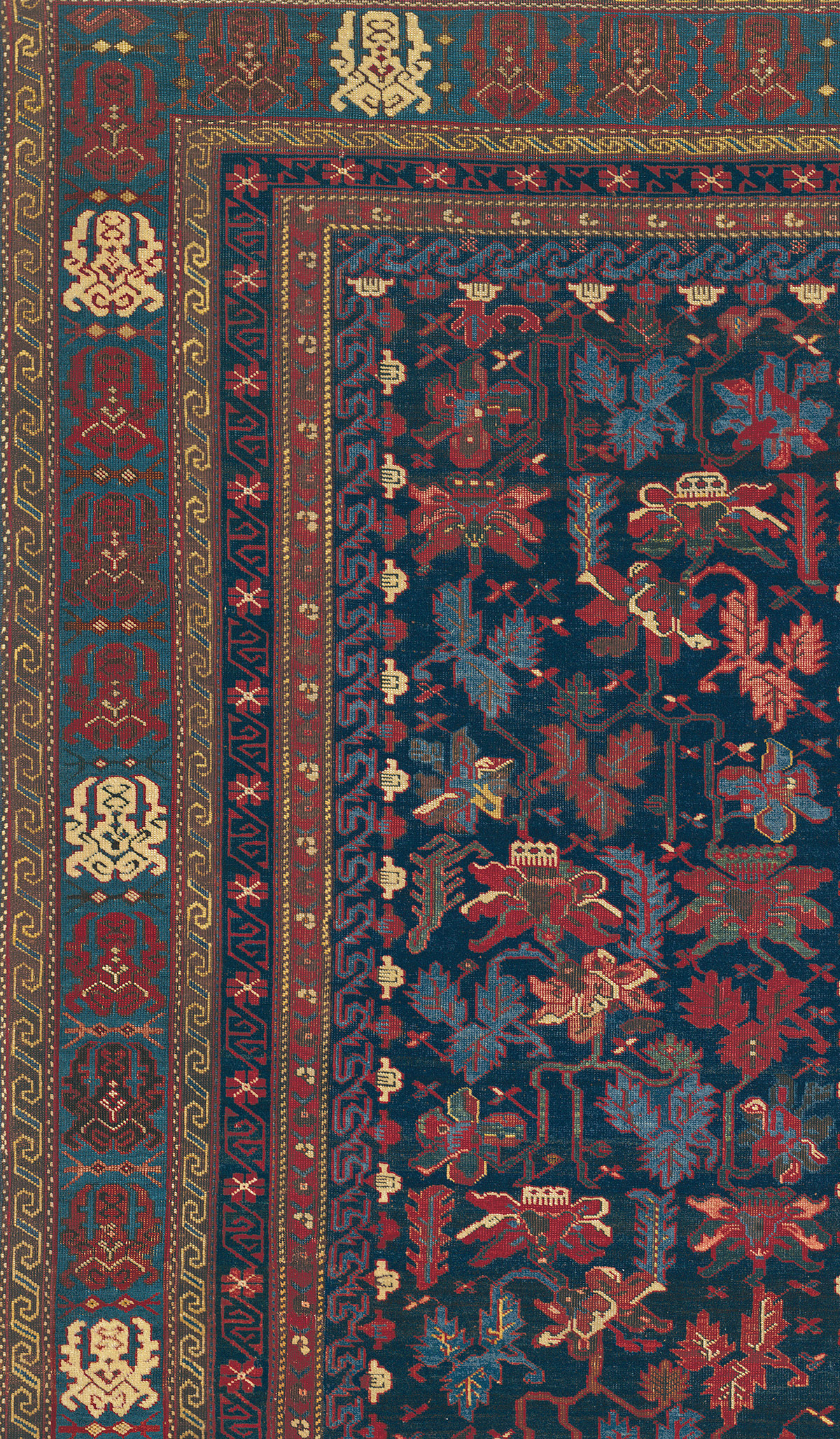 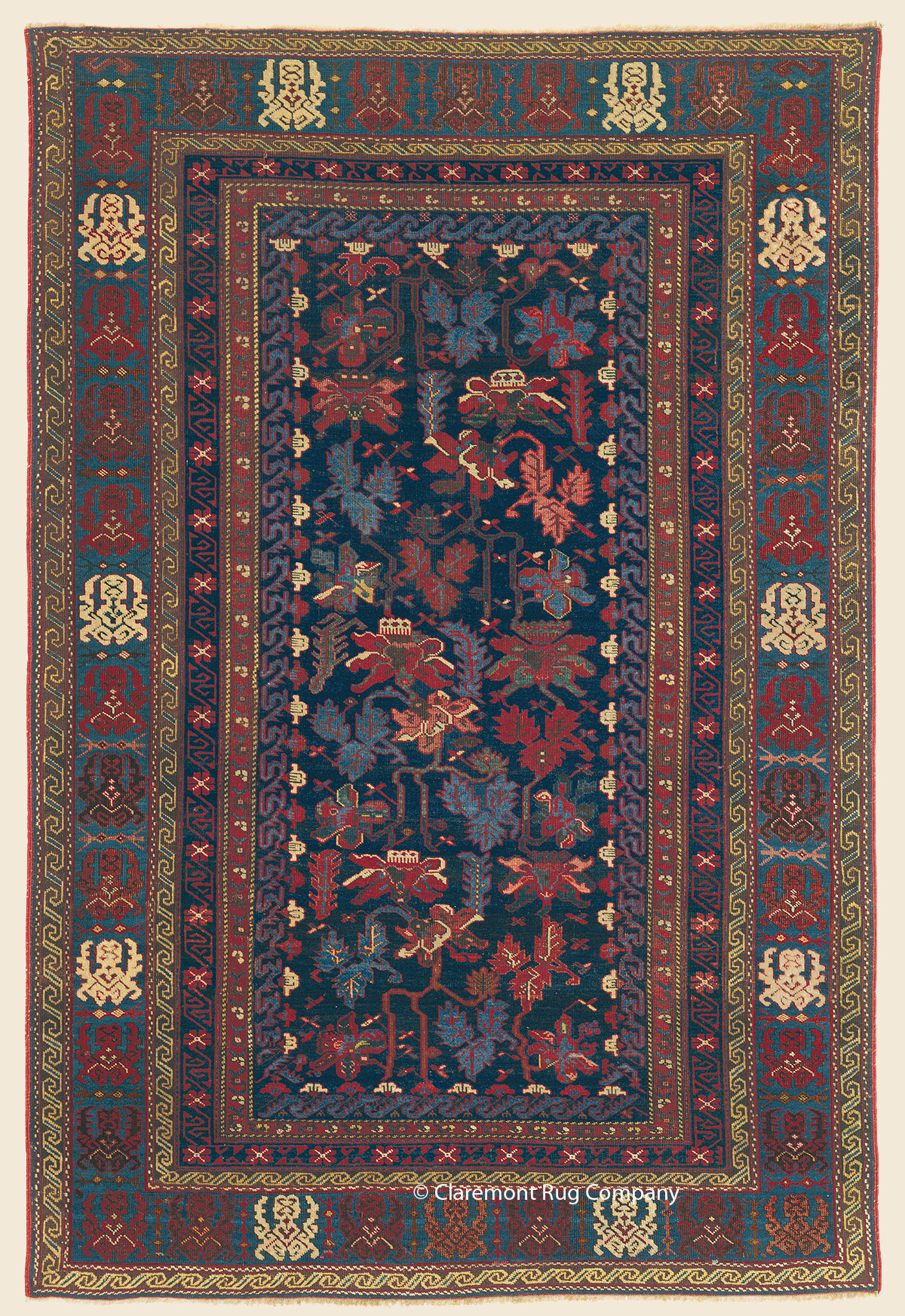 (Connoisseur-Caliber) ("New Arrivals Gallery")*Careful inspection of this entirely imaginative member of the Seichur Kuba subtype of 19th century Caucasian rugs will reveal many deeply satisfying elements. The Prussian blue in the field and the sapphire in the border are so incredibly deep and pure, theyre literally iridescent. The design in both the field and the border is without precedent in the Caucasian antique rugs we've seen in person or in the literature. They are composed with incredible movement and visual depth, clearly the work of an extremely seasoned and inspired weaver. The field pattern of climbing, meandering leaves and blossoms are rendered tone-on-tone, a surprisingly modern color technique for a 19th-century artwork. The rust and auburn flowers seem to reach off of the canvas and the blue leaves appear to recede, adding tremendous dimensionality The scarab motif is quite rare as a border design and lends an ancient ambiance to the composition. Learn About This Rug Type 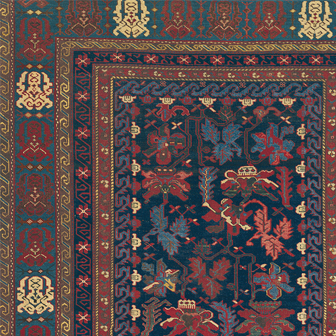