Search Our Inventory / All Rugs / CAUCASIAN FACHRALO KAZAK 4' 2" x 4' 11" We include a full exchange policy on every purchase. 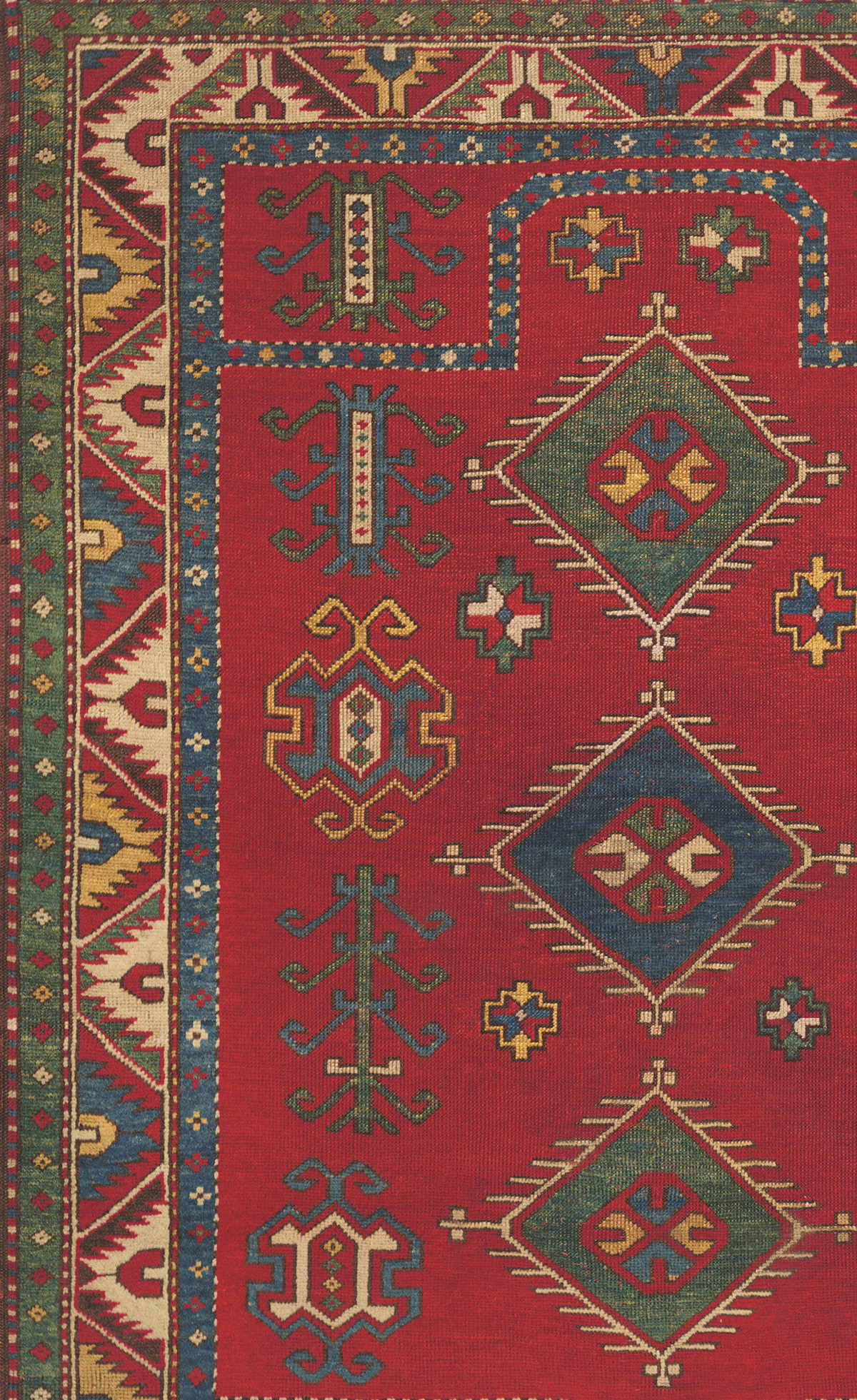 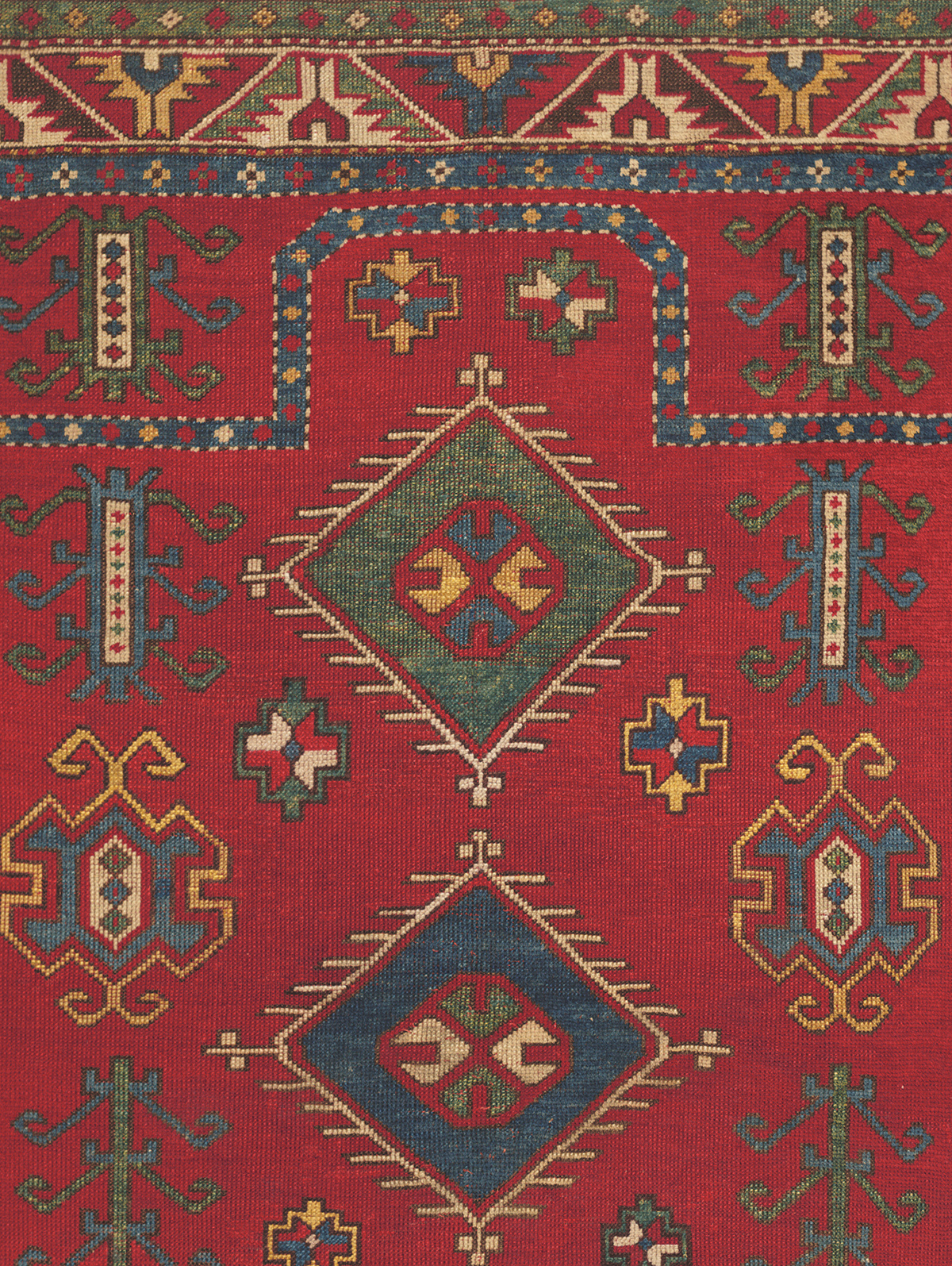 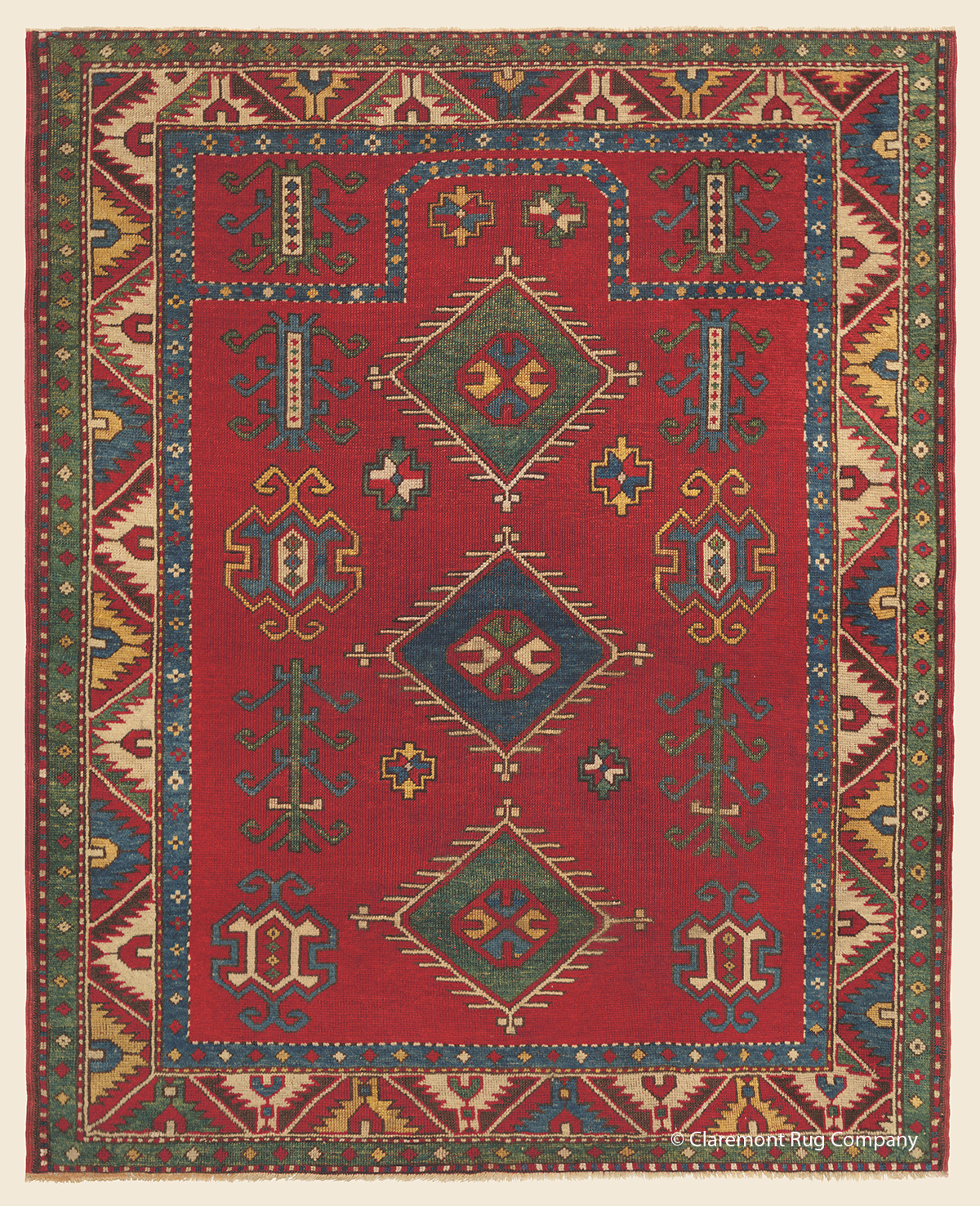 (Connoisseur-Caliber) Demonstrating the deceptive simplicity that gives the upper echelon of Kazak rugs their tremendous appeal, this virtuoso prayer rug is sure to delight the lover of folkloric pieces. Woven in the high-mountain village of Fachralo during the late 1800s, this extremely spaciously patterned elemental rug features age-old tribal motifs flanking an orderly rendering of three diamond medallions which are often shown with latch-hooked edges. However, this inventive version effectively employs streamlined horizontal bars around each perimeter instead, and a subtle ascending line denoting a prayer niche at the top of its field. Potent hues that include rich ruby, golden saffron, azure, sapphire, and jade green are harmoniously combined to express their own vibrant language of color. This highly inventive piece is further distinguished by its rugged, powerful borders and its very good condition.