Login & Wish List
Search Our Inventory / All Rugs / SHIRVAN 4' 4" x 7' 0" We include a full exchange policy on every purchase. 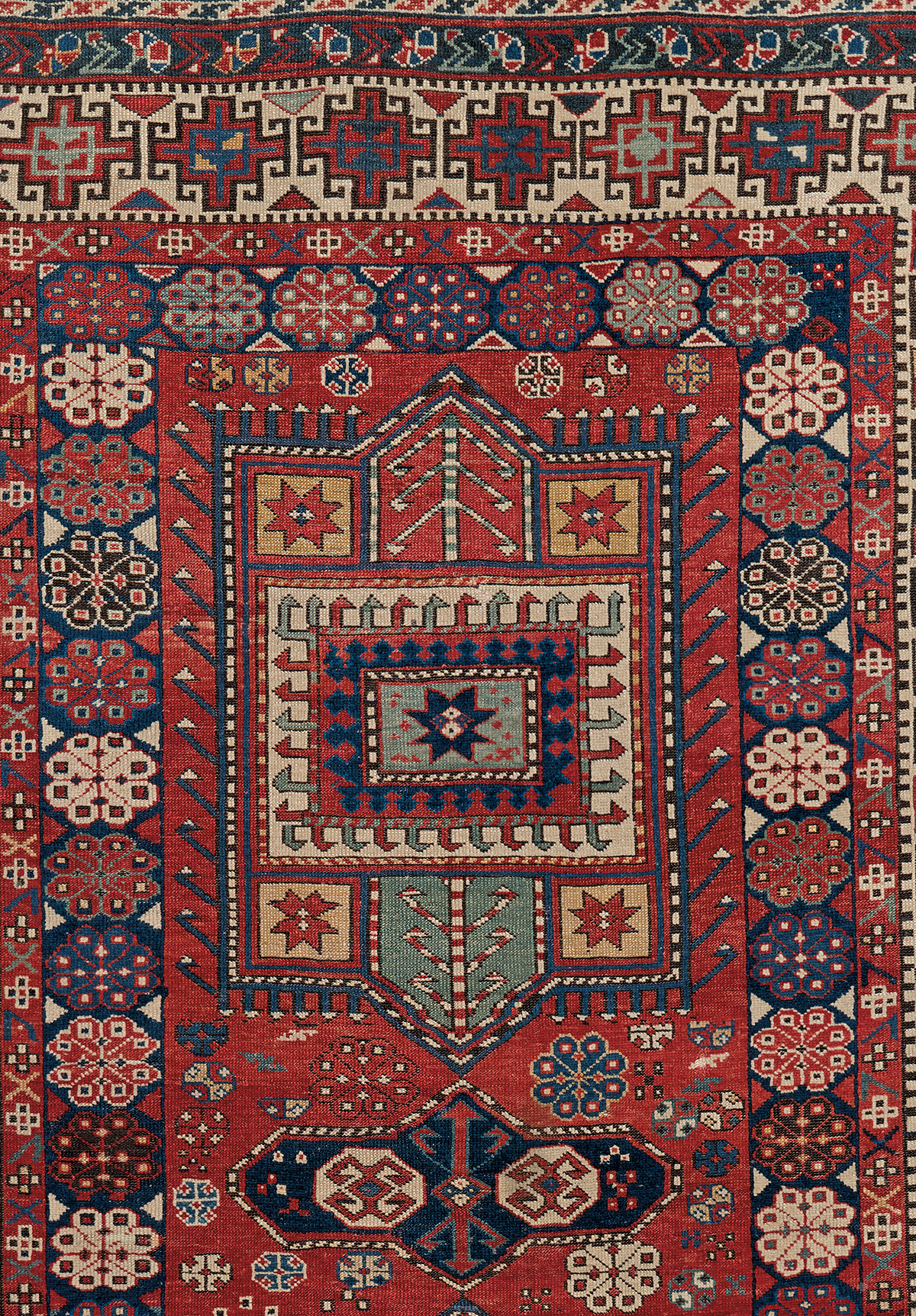 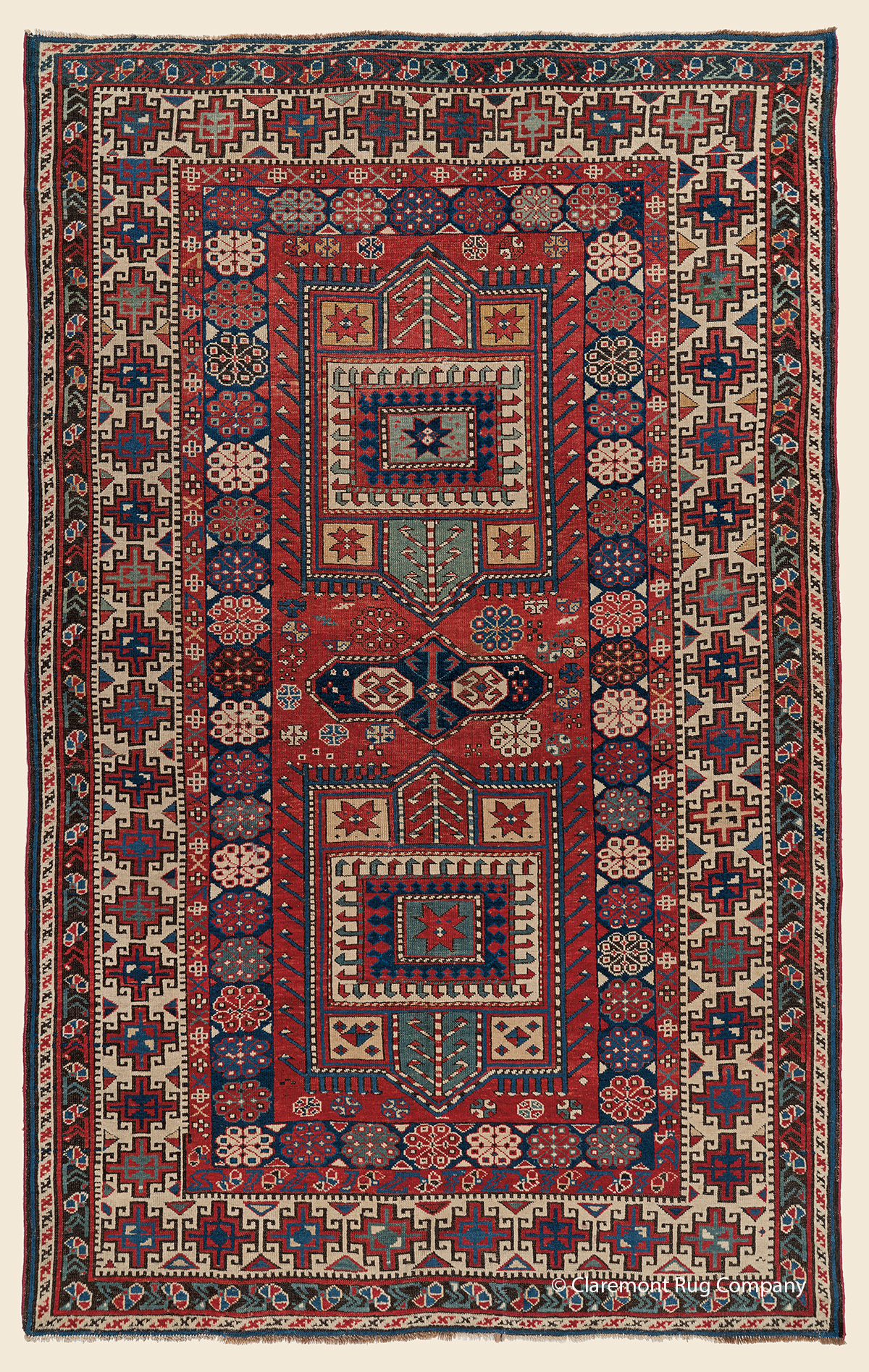 (Connoisseur-Caliber) ("New Arrivals Gallery")This stunning, quite finely woven 19th-century Caucasian Shirvan offering a seamless combination of a richly saturated palette of old color and the dexterous use of a striking milieu of pan-Caucasian tribal motifs. Orchestrating an architectural foundation upon a deep carnelian red ground, two angular medallions in the Fachralo Kazak design lexicon have been incorporated into this rug. A precise inner rosette border imbues this rug with a staggering depth of design. Presenting an unmistakably Shirvan weave gives evidence of the enthusiastic "borrowing" among the weavers of other style's motifs. Its glorious 19th-century color is still vivid after more than a century, with an especially delicate and precious aqua green liberally appearing throughout the mesmerizing complexity. This time, another "accessed" element is the rarely-seen Moghan-inspired 'Memling gul' motif, featured with exceptional clarity in the main border. 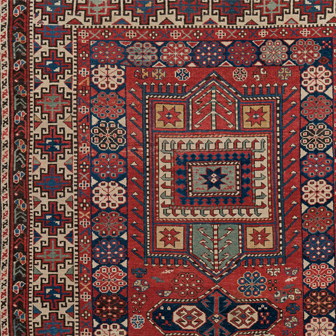