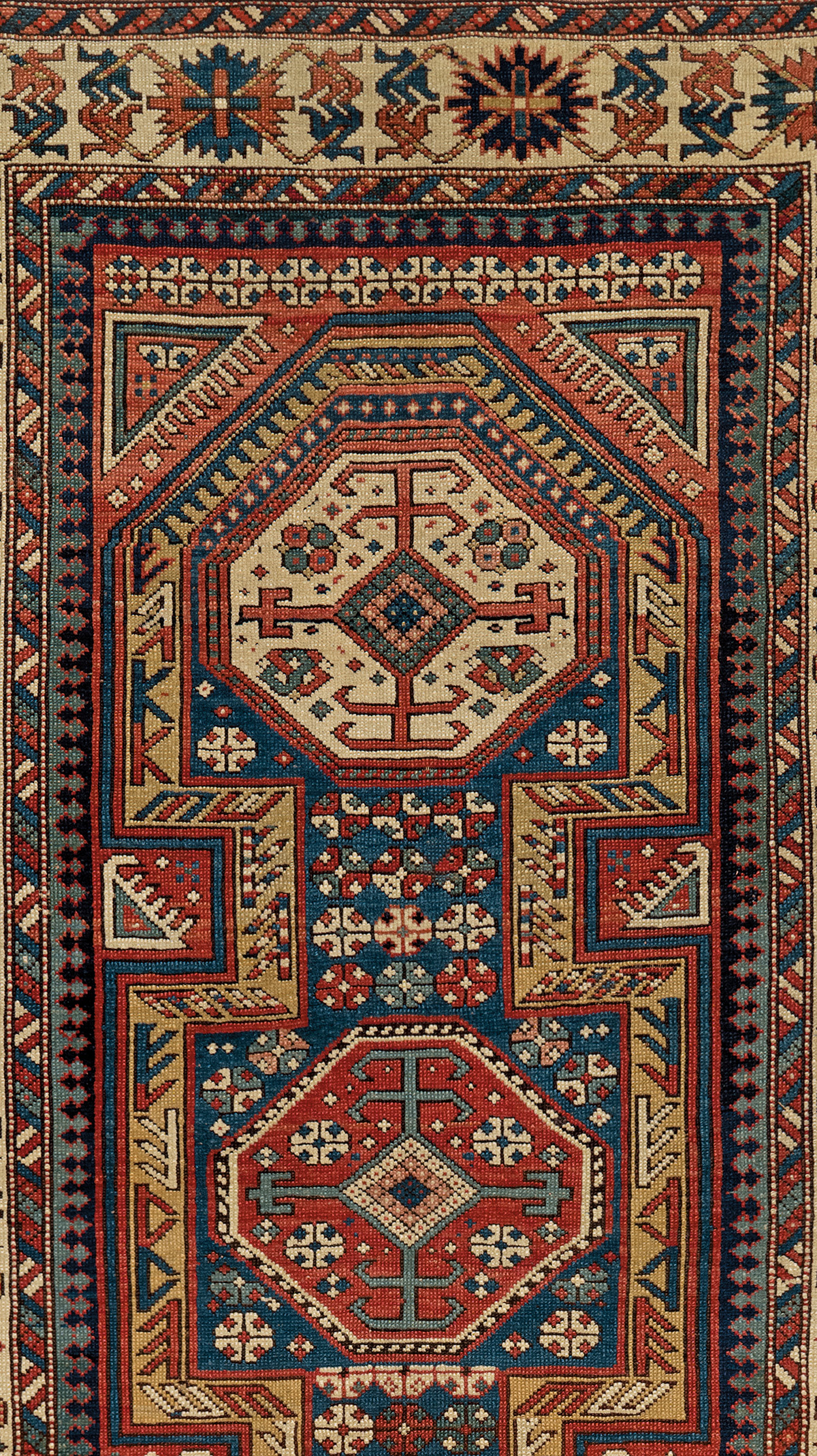 (High-Collectible) ("New Arrivals Gallery") Dated twice between the second and third ascending medallions 1272 AH (1854), this very early short runner is both stately and entirely evocative. Woven in the vicinity of the oil-wealthy harbor town of Baku on the Caspian sea, it stems from a culture that was international and, at the same time, part of the Caucasian tribal weaving tradition. Its striking field encasing a single long medallion of four niches each with a similar octogen, is loosely reminiscent of the floorplan of a basilica or mosque with hexagonal ends. On a softly contrasting ivory base, an elegantly woven crab border adds a profound secondary syncopation. All in all, this enigmatic rug offers all the delights one hopes to see in the rarest Caucasian rugs, such as a glowing patina, a stirring balance between simplicity and complexity, deeply emotive colors, great condition and superlative craftsmanship. Learn About This Rug Type 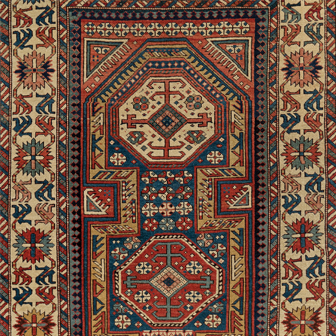