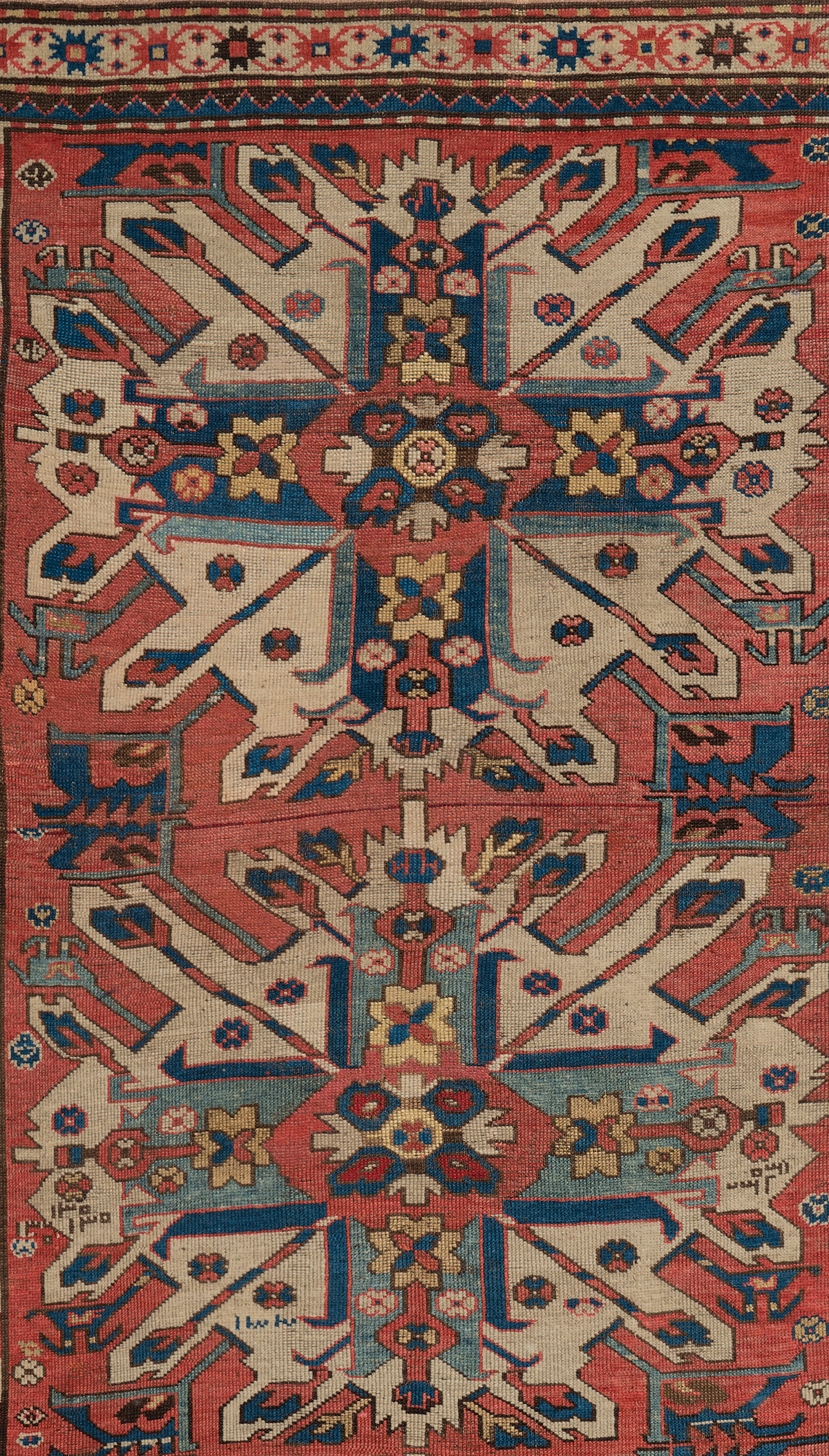 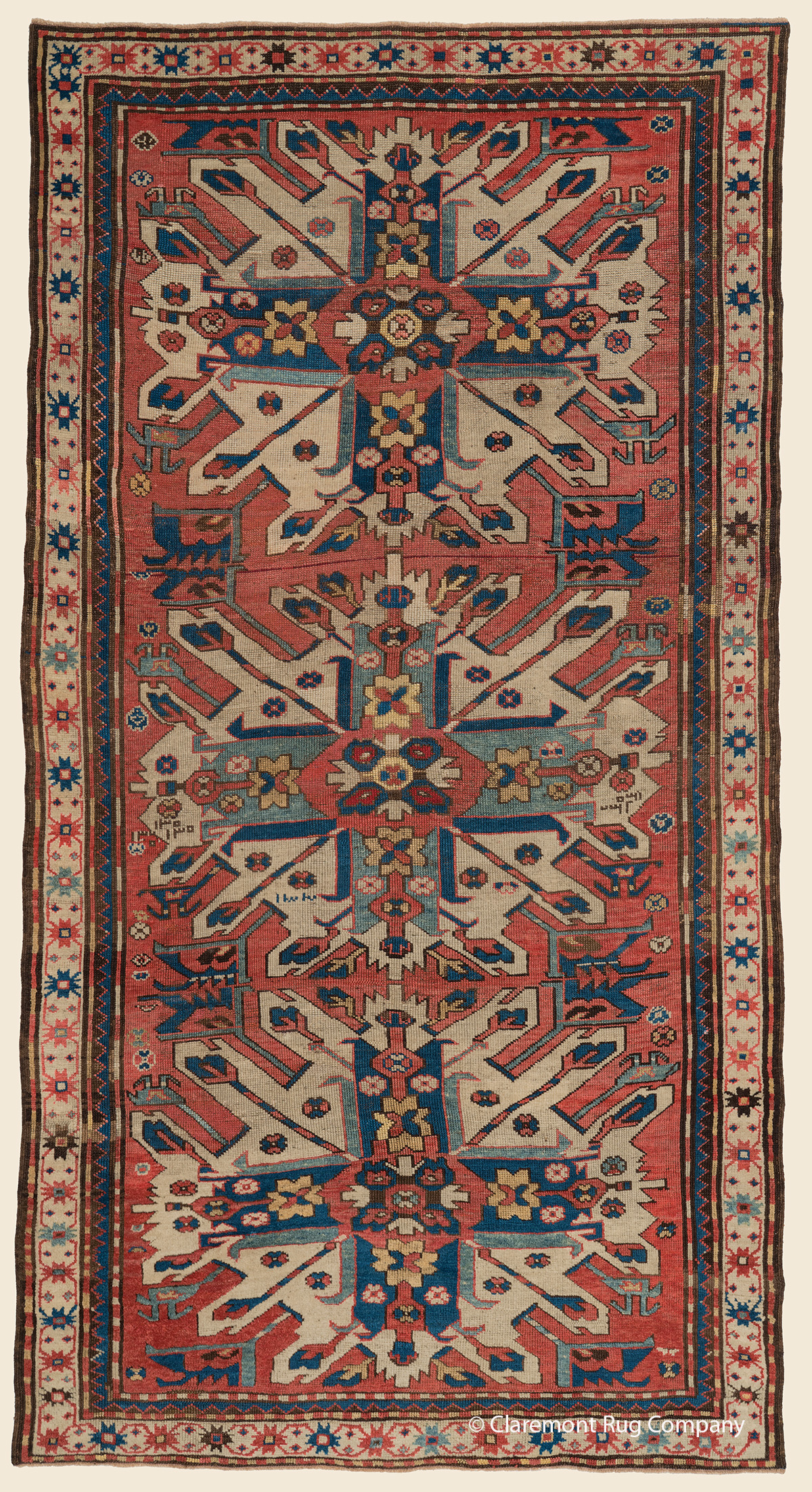 (Connoisseur-Caliber) ("New Arrivals Gallery") Chelaberd Karabaghs, colloquially known as "Eagle Kazaks," are on the short-list of the most highly sought-after rug styles of the Caucasus Mountains. This is a refreshingly inventive, deeply memorable representative dominated by a Triple Sunburst design with immense clarity and precise articulation of design. In dramatic opposition to the deep rusts and dark blues of the lion's share of Eagle Kazaks, its singular palette focuses on ivories, golds and prized apple greens against a soft coral field. Four heavily abstracted flowerhead stalks extend from each medallion, with the surrounding field spontaneously sprinkled with whimsical geometric motifs and rosettes. Note the numbers 1, 3 and 5 as if scribbled against the ivory ground of the central sunburst, likely the result of its illiterate weaver copying numbers from a dated rug.
Learn About This Rug Type 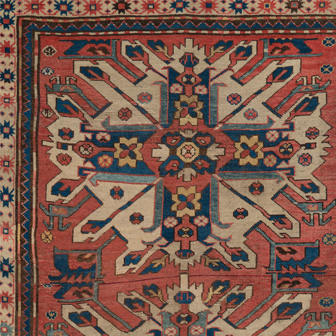