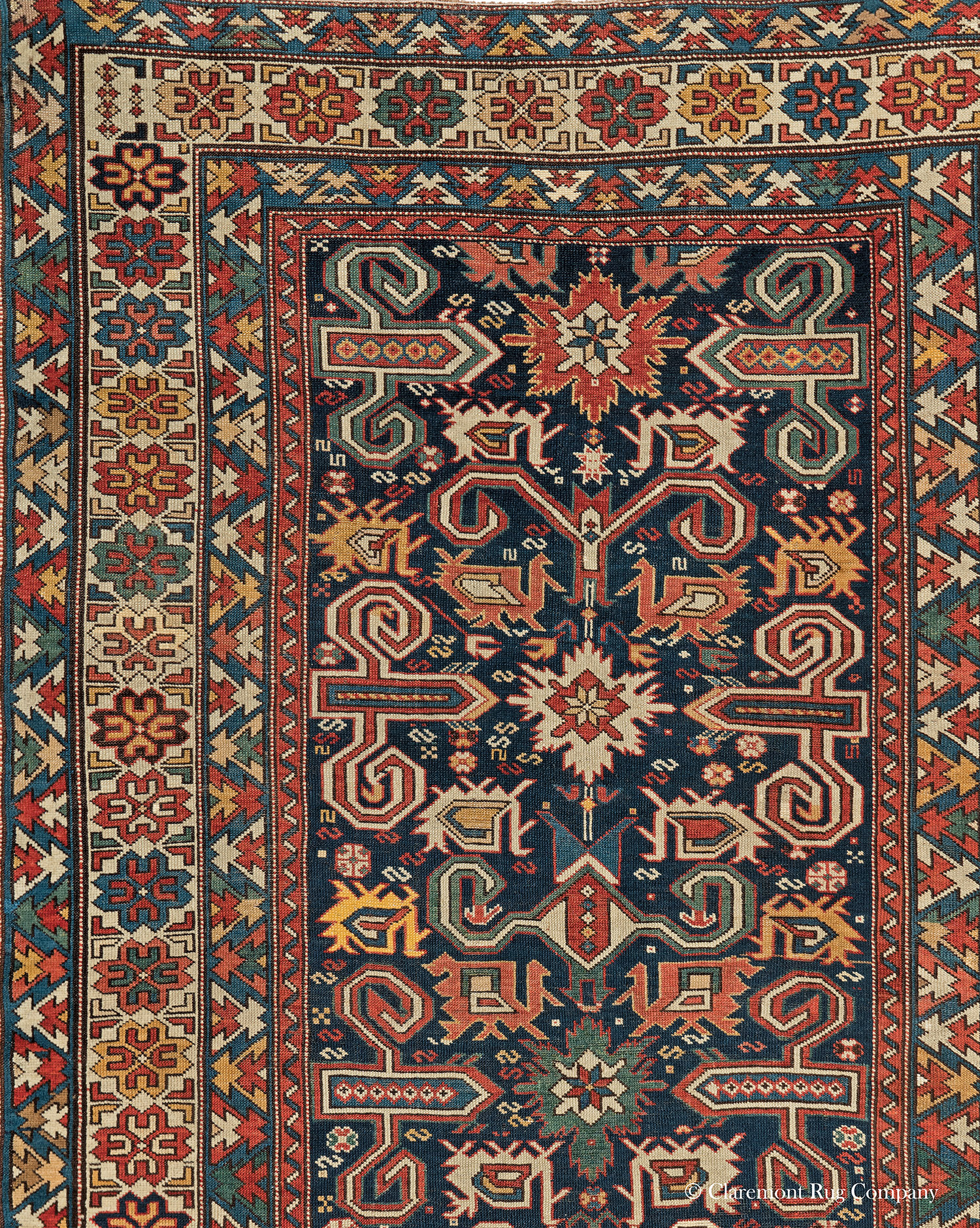 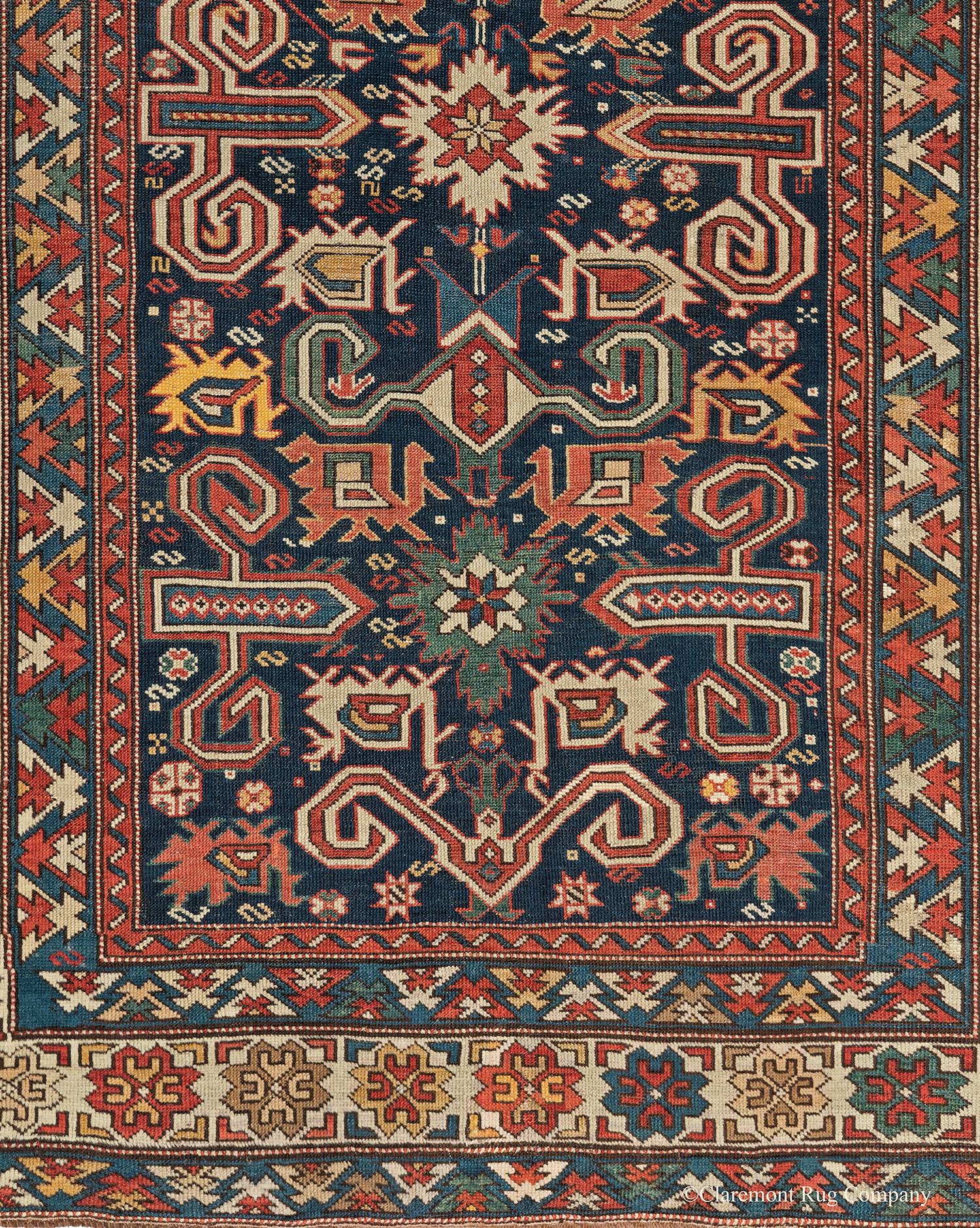 (Connoisseur-Caliber) (Fall/Winter New Arrivals Event)The weavers of the best 19th century rugs who lived on the eastern slopes of the rugged Caucasus Mountains could seamlessly combine a plethora of designs and a wide-ranging palette of color. In this superb representative in extraordinarily good condition, an intricately woven menagerie of abstracted bird forms, sunburst blossoms and overscale rams horn motifs is presented in an exotic array of seldom-found fruit tones, including tangerine, guava and banana yellow, on the midnight indigo base. Also, note the virtuoso array of borders including the very detailed "barberpole" dividers, that appear between them. Learn About This Rug Type 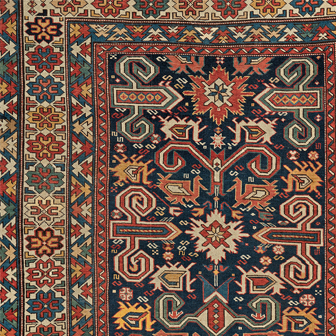