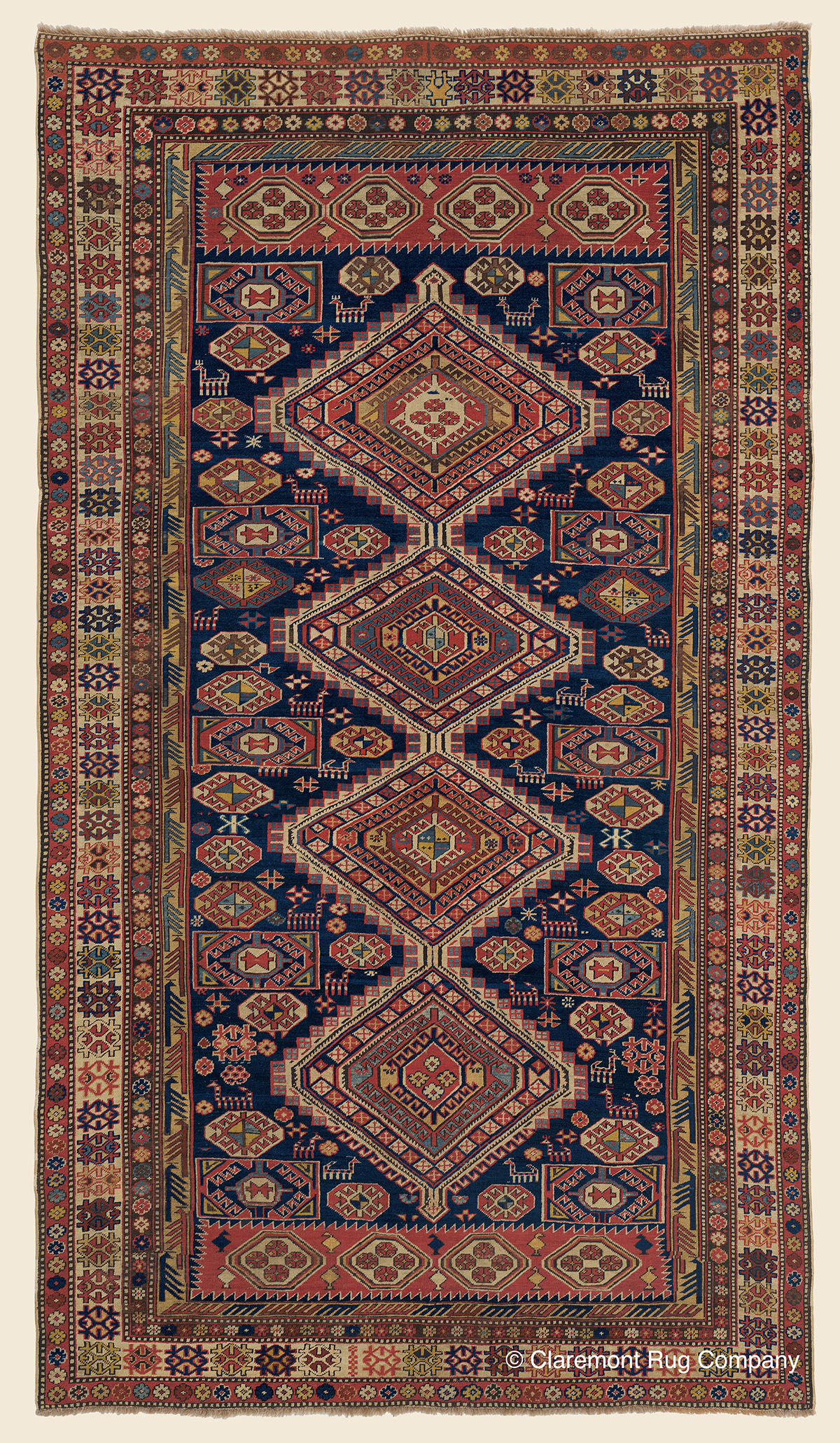 (Connoisseur-Caliber) This 19th-century Shirvan Long Rug is an example of the consummate craftsmanship possible by the tribal weavers of the lowland Caucasus in the middle of the 19th century. It possesses a highly artistic spirit and level of tribal innovation much sought after and seldom found. Note the numerous animal forms, all of which are whimsically drawn, some with five legs. Also the seemingly countless creative flourishes. Each of the diamond medallions offers aboriginal design and color way. The rose-based bands at either end of the field are a quite original and highly effective addition. Learn About This Rug Type 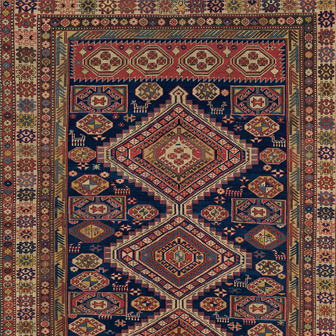