Search Our Inventory / All Rugs / DORASHT TREE OF LIFE 4' 6" x 6' 2" We include a full exchange policy on every purchase. 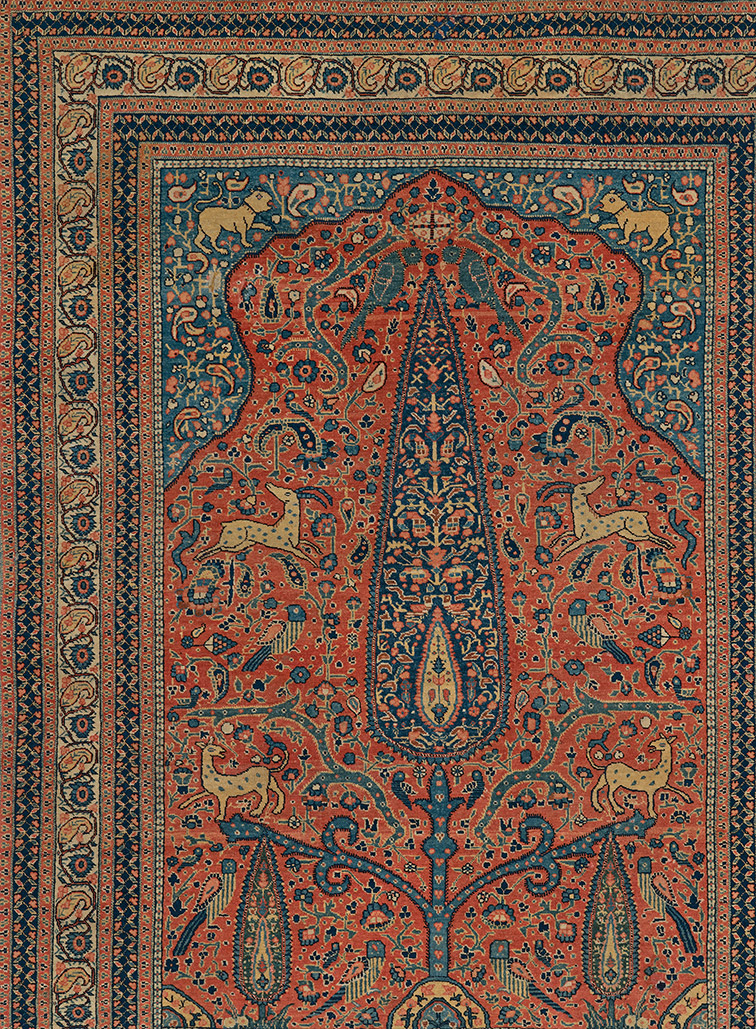 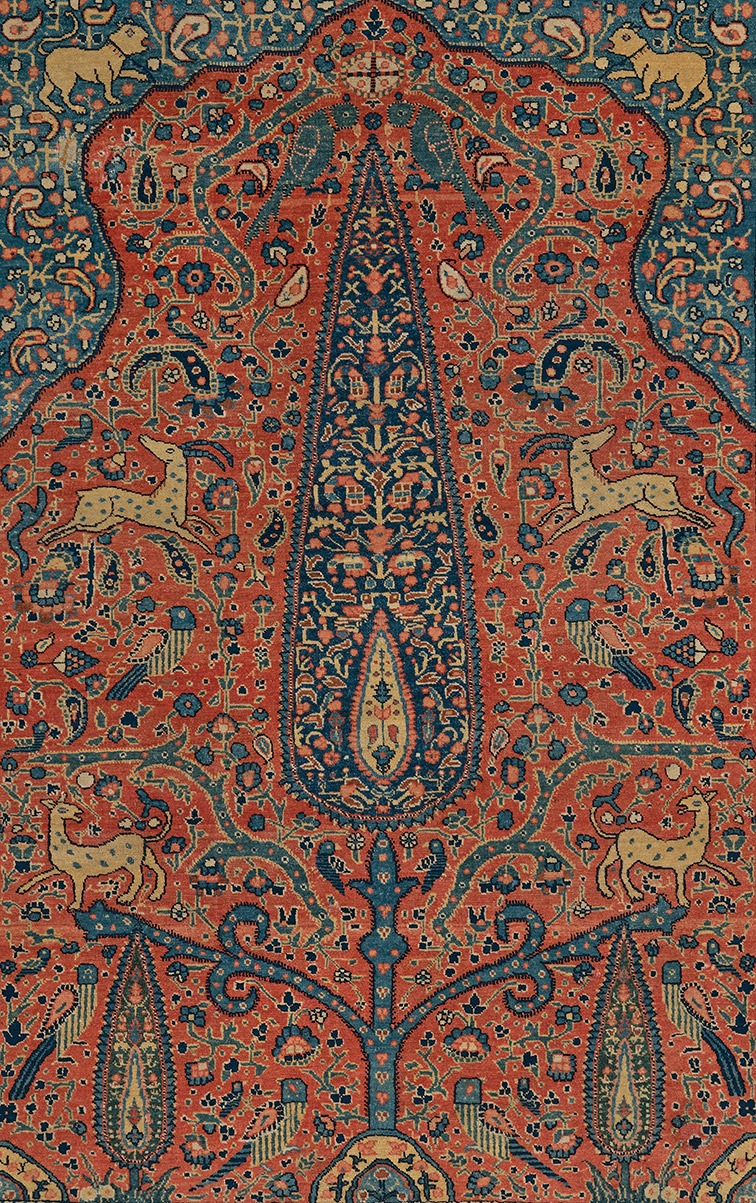 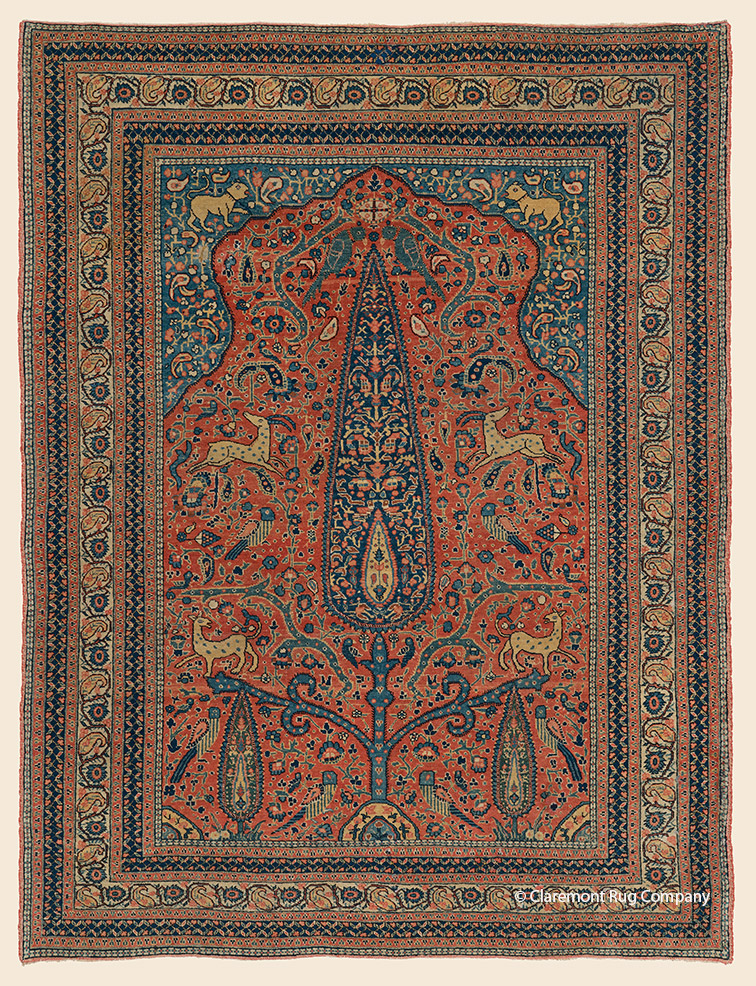 (Connoisseur-Caliber) ("New Arrivals Gallery") Seldom encountered, high-level 19th-century Dorasht rugs such as this exquisite pictorial piece are part of the lineage of Persian Court workshops from the 16th to 18th century Safavid period. At its center is a spectacular cypress tree with a miniature version as its nucleus energizing the botanical extravaganza inside and in the carnelian reserve. Flanking each side are spotted ibex portrayed in a flying gallop. Below, two mythical creatures, half lion and half deer strut upon the unfurled branches. Camouflaged cerulean birds solemnly tend to the great conifer as an act of piety while a half dozen striped avian inhabitants roost among the foliage. Canine companions that conjure the Latin phrase 'cave canem' in the upper spandrels are tethered to the scalloped archway as if guarding the doorway to this phantasmagorical landscape. This magical piece is all the more enticing with its extraordinary heavy pile. 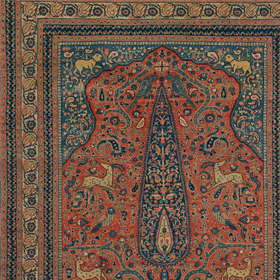