Login & Wish List
Search Our Inventory / All Rugs / LADIK PRAYER RUG 3' 4" x 5' 10" We include a full exchange policy on every purchase. 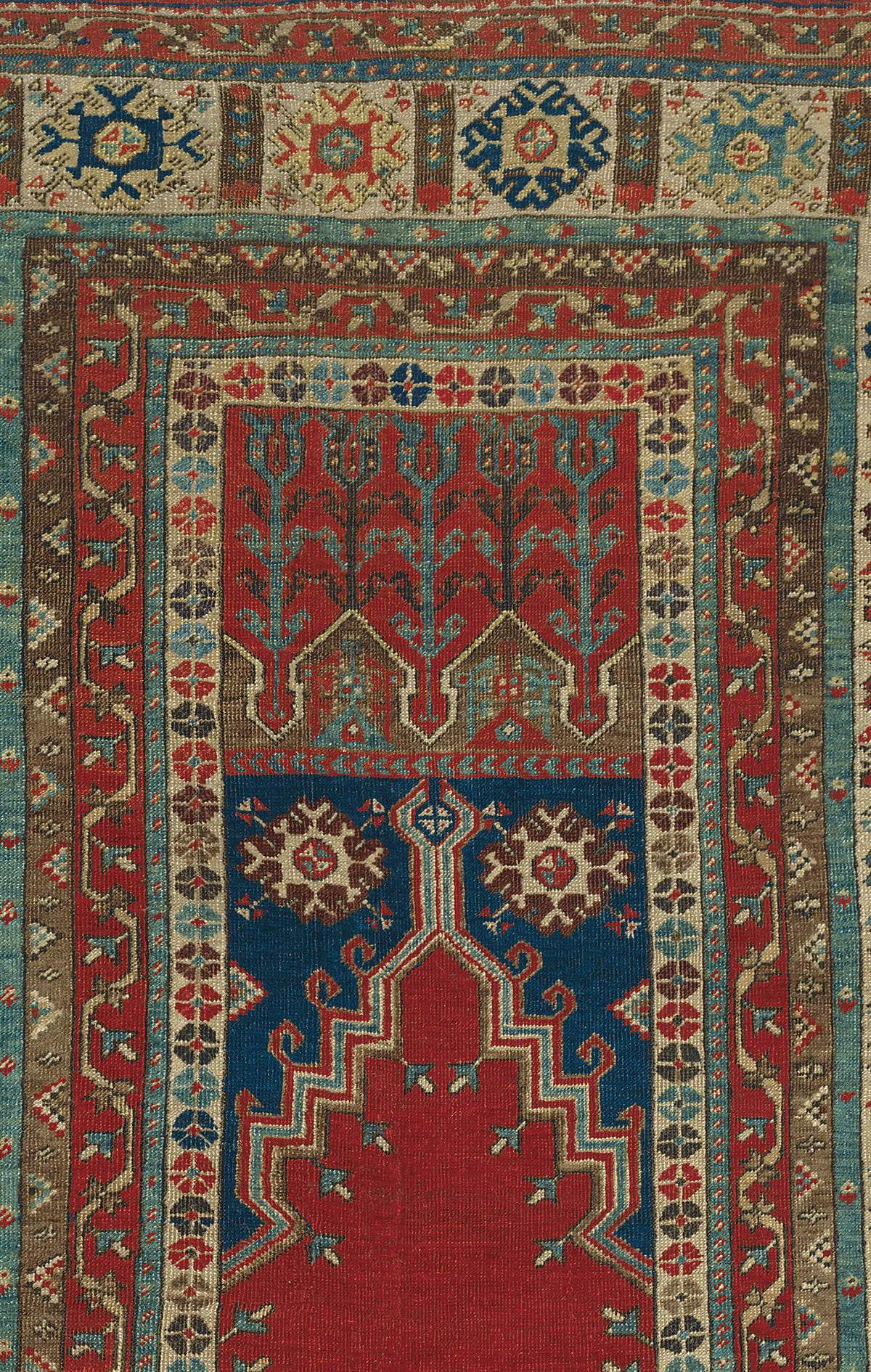 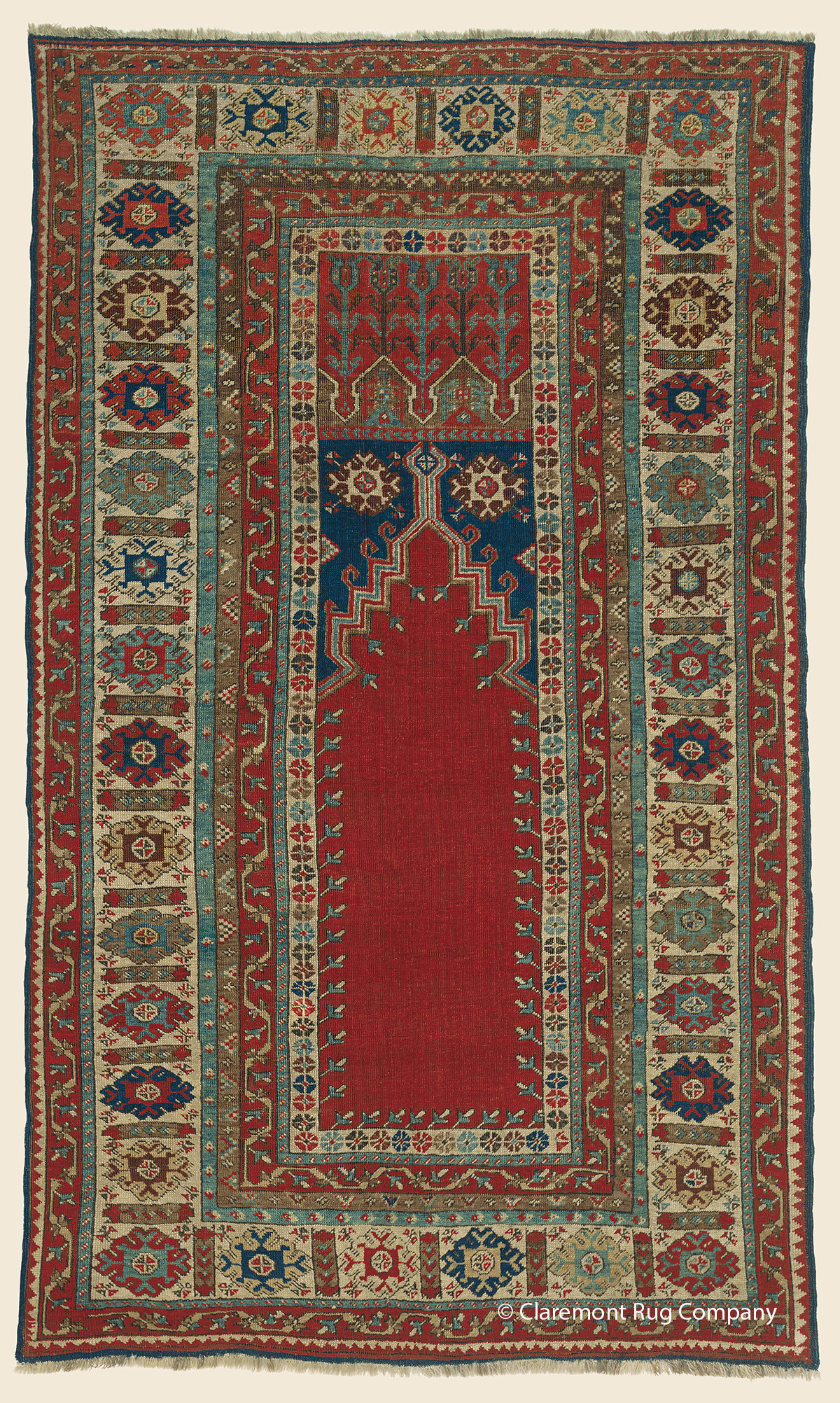 (High-Collectible) Exhibiting a consummate level of quality and purity of color that is virtually never found, this 200-year-old Turkish Ladik features a striking slender reserve that is framed by an unusually elaborate series of borders. With their trademark tulips above the prayer niche, Ladik prayer rugs were prodigiously woven in the 18th century but less so in the 19th century. A traditional deep scarlet red and sapphire blue, supported by an engaging palette of secondary hues, including powder blue, cocoa and aubergine, harmoniously interplay, a glowing patina is revealed. The narrowness, emptiness and calm of the unadorned reserve create a powerful contrast with this rug's very active frame. There is an intriguing rhythm in the main border's geometric, bar-shaped motifs, alternating with individually drawn rosettes. Significantly enhancing its collectability, this rug's condition is outstanding, especially for such an early piece. 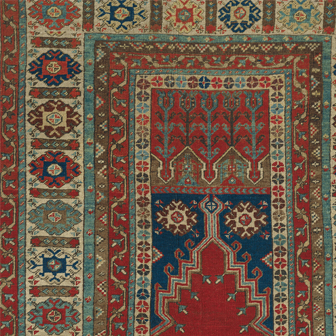