Login & Wish List
Search Our Inventory / All Rugs / SAMARKAND 9' 9" x 12' 0" We include a full exchange policy on every purchase. 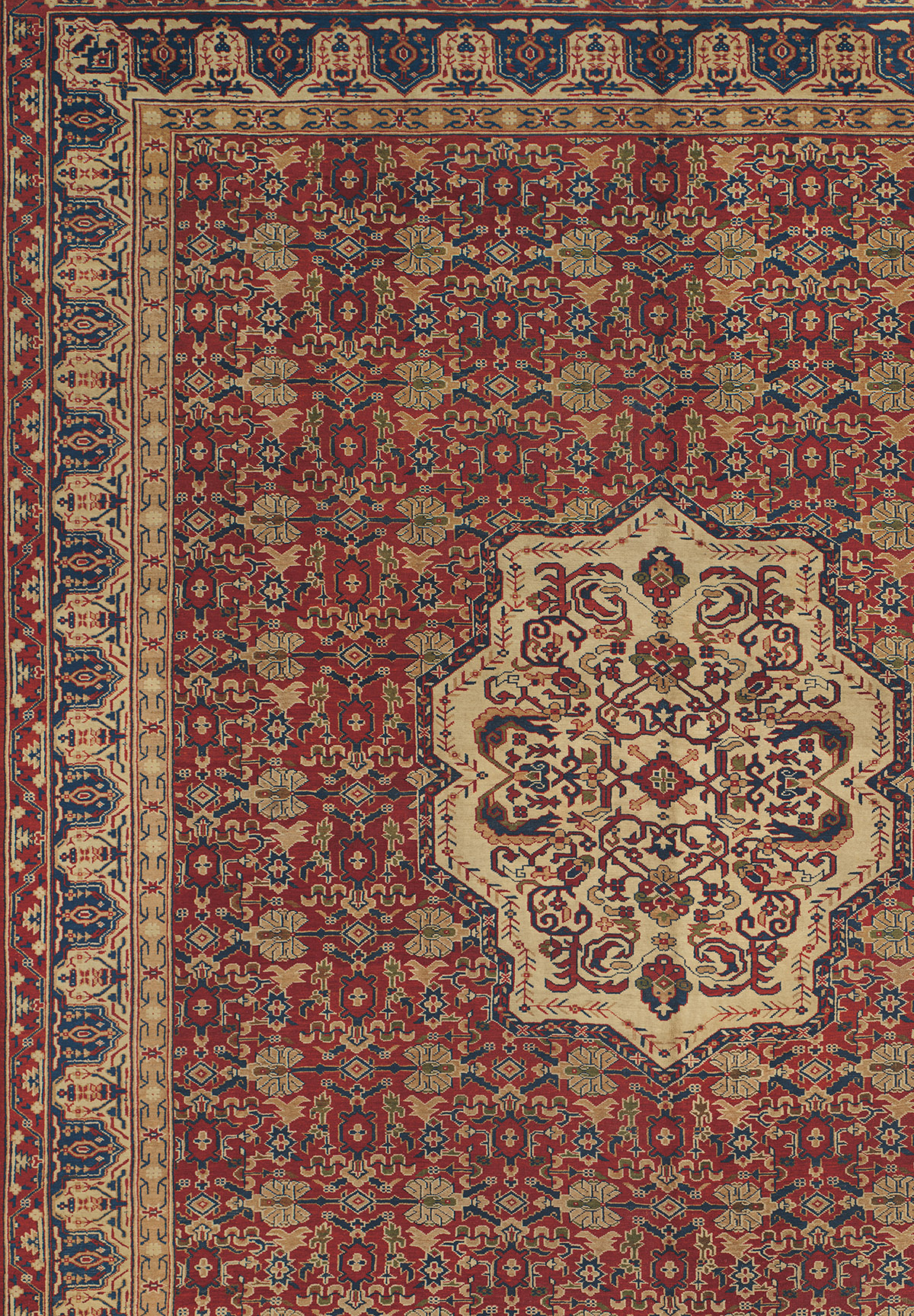 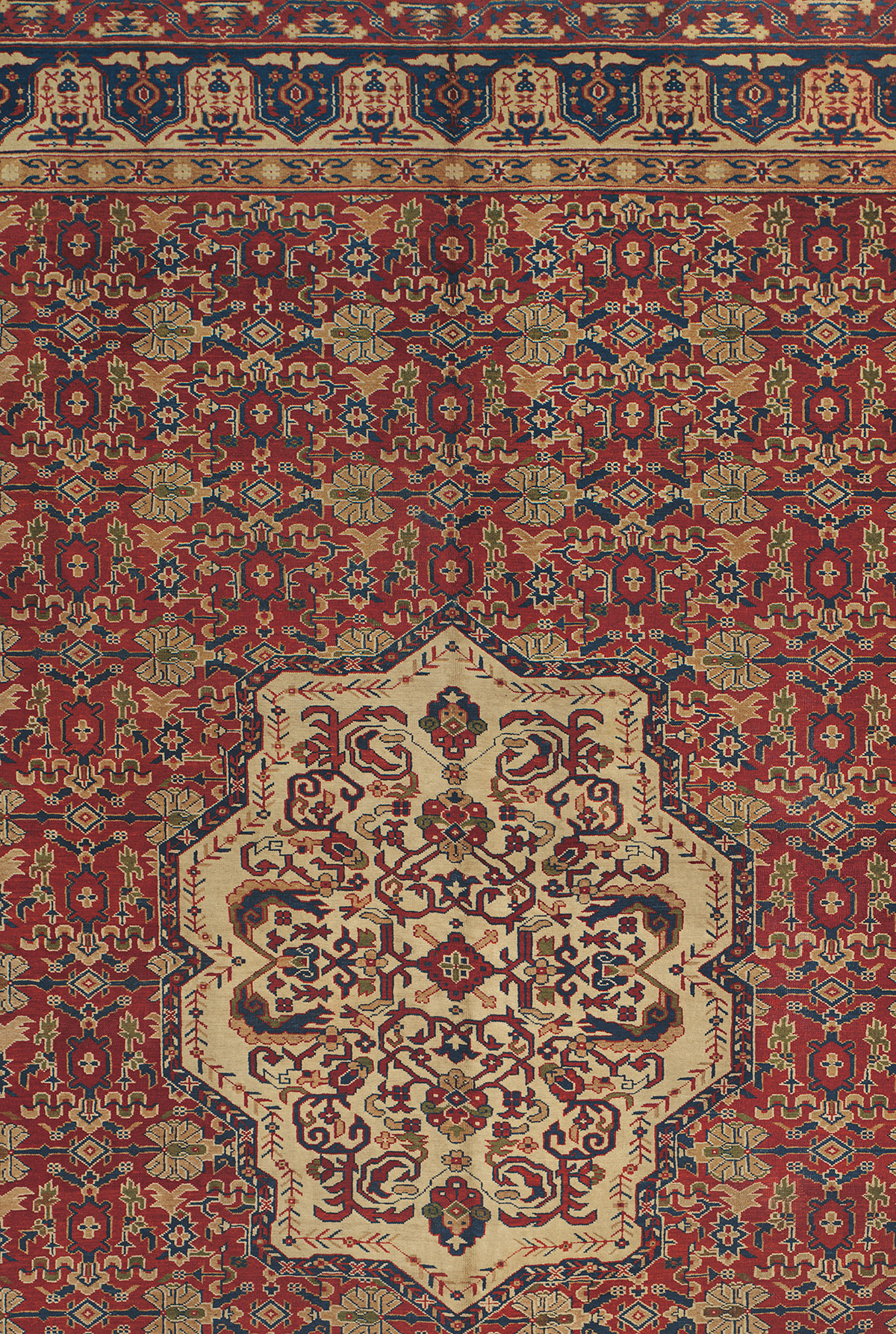 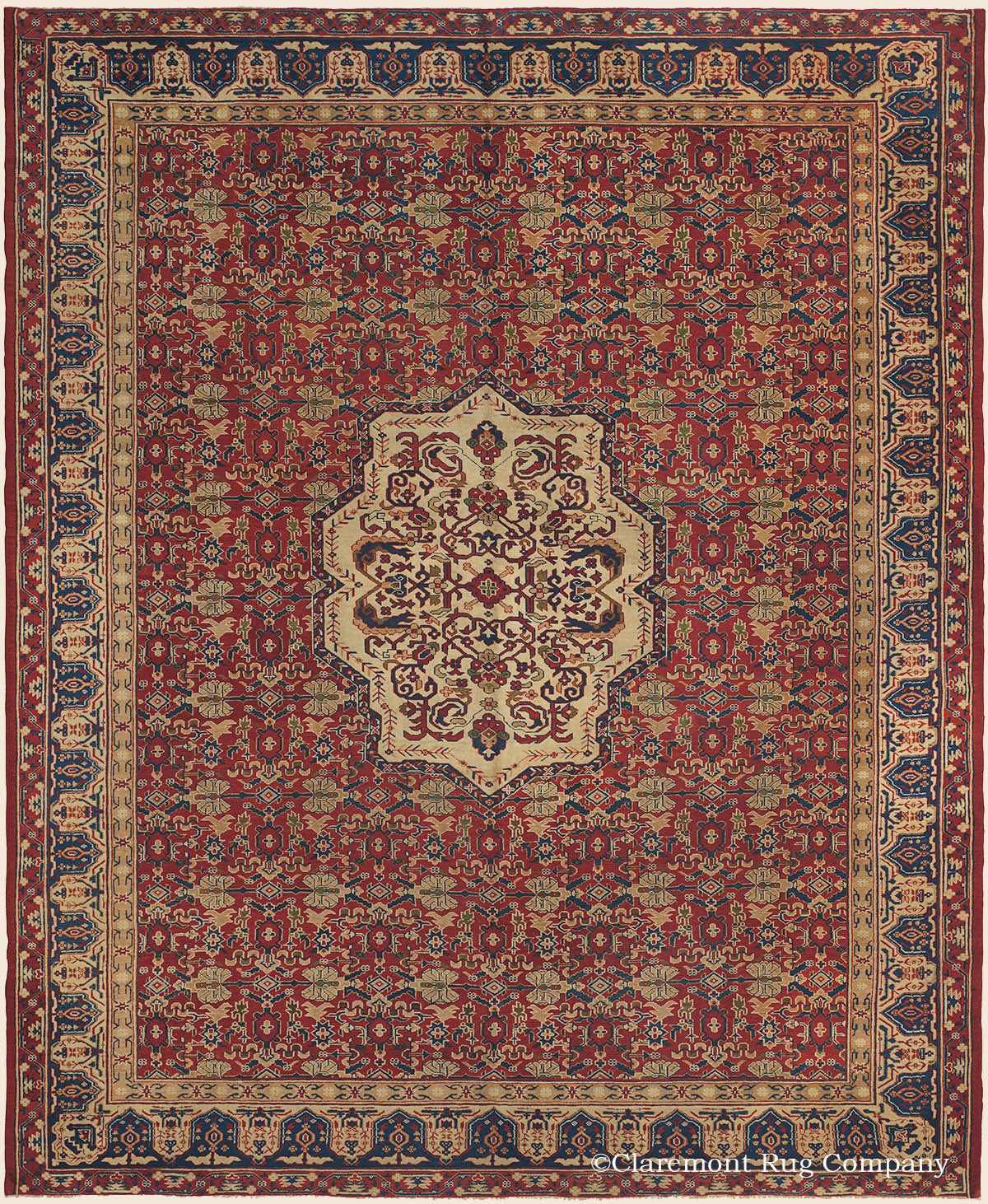 (High-Decorative) This is an unusually patterned, quite harmonious offering from the not-often-encountered 19th century carpet style of Samarkand. This unexpected piece with its singular ivory center medallion is clearly rendered and cohesive with an astonishingly seamless blend of medallion and allover patterning. Each ornamental, botanically inspired motif is drawn with astonishing crispness, including the unusually stately borders that appear to represent Ionic column capitals and sheltered niches in captivating juxtaposed color. As the name itself conjures, Samarkand carpets bring to mind an exotic blend of Near East and Far East influences. Here, we see the unmistakable impact of Chinese aesthetics in the potent, saturated crimson red ground as well as numerous scrolling details that recall the classic dragon archetype. At the same time, Persian attributes seamlessly occupy the same compositional space, particularly the pointed architectural niches that define the carpet's main border. 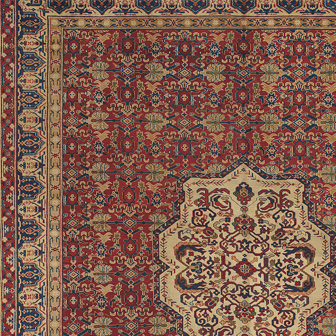