Search Our Inventory / All Rugs / NORTHWEST 4' 3" x 6' 4" We include a full exchange policy on every purchase. 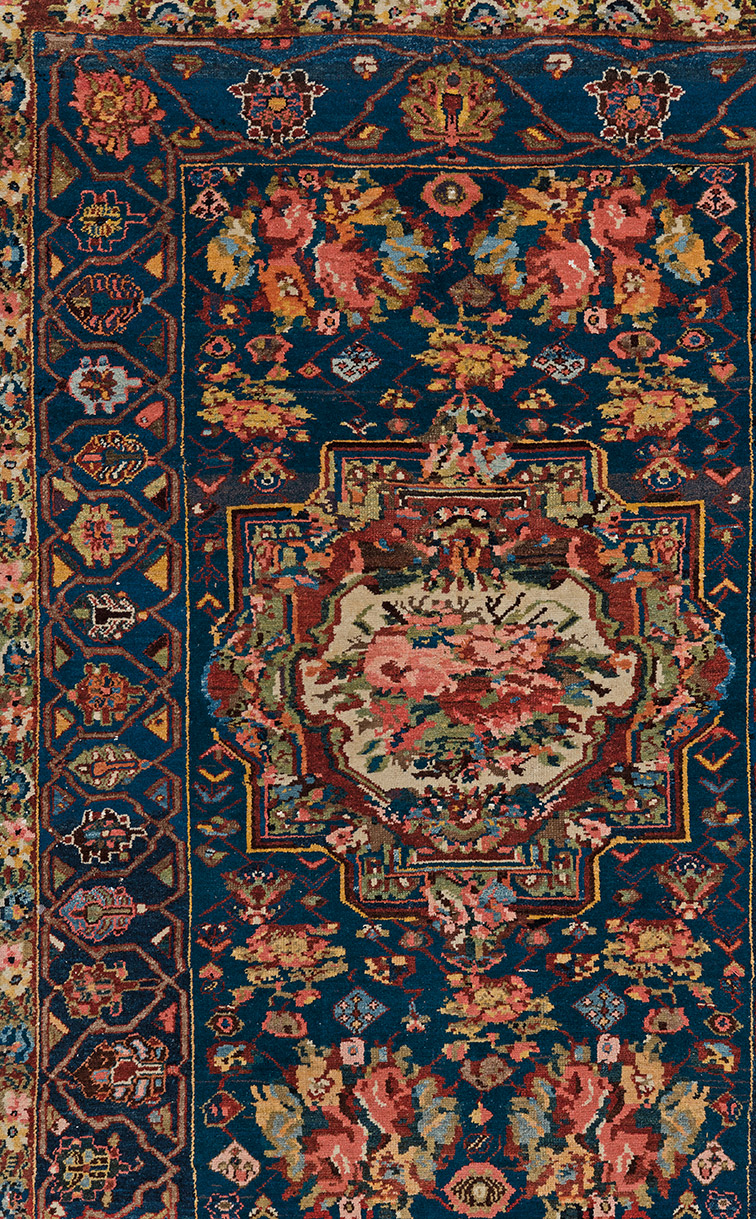 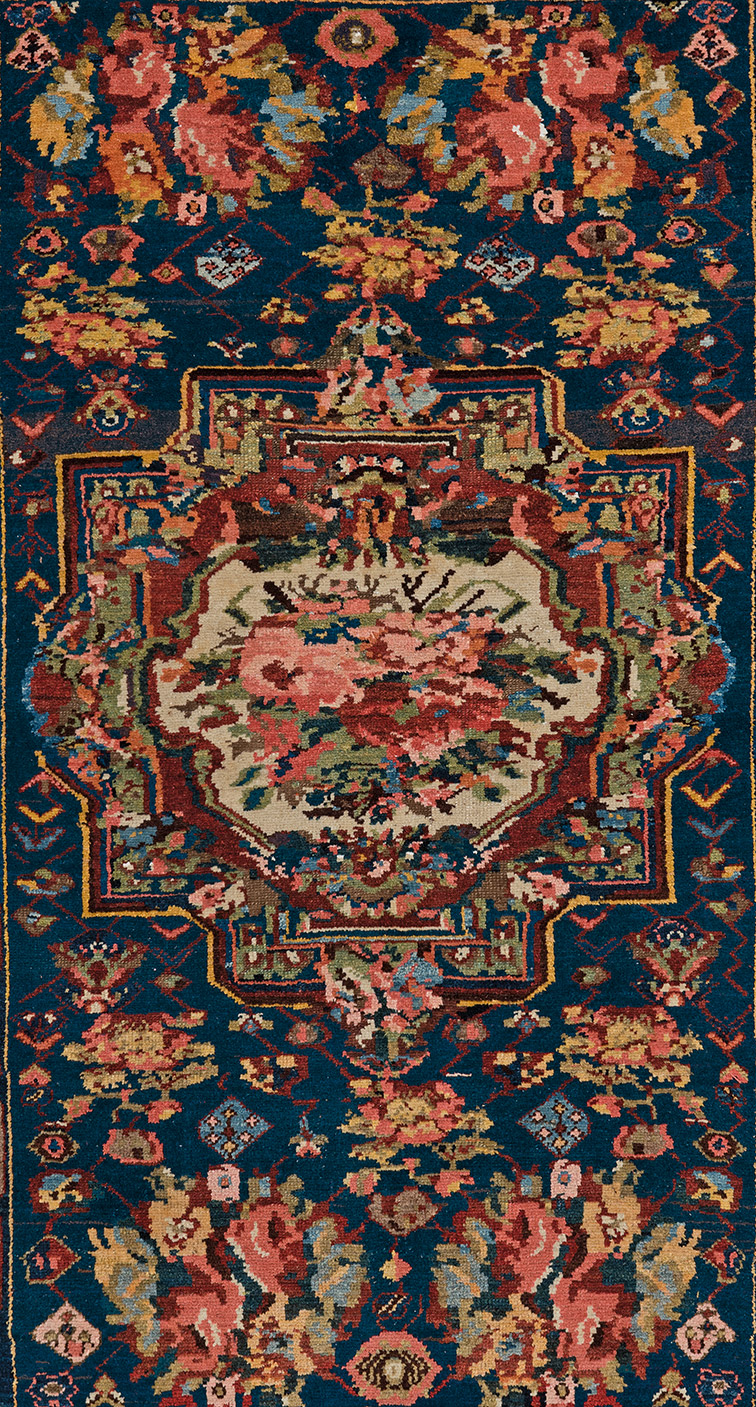 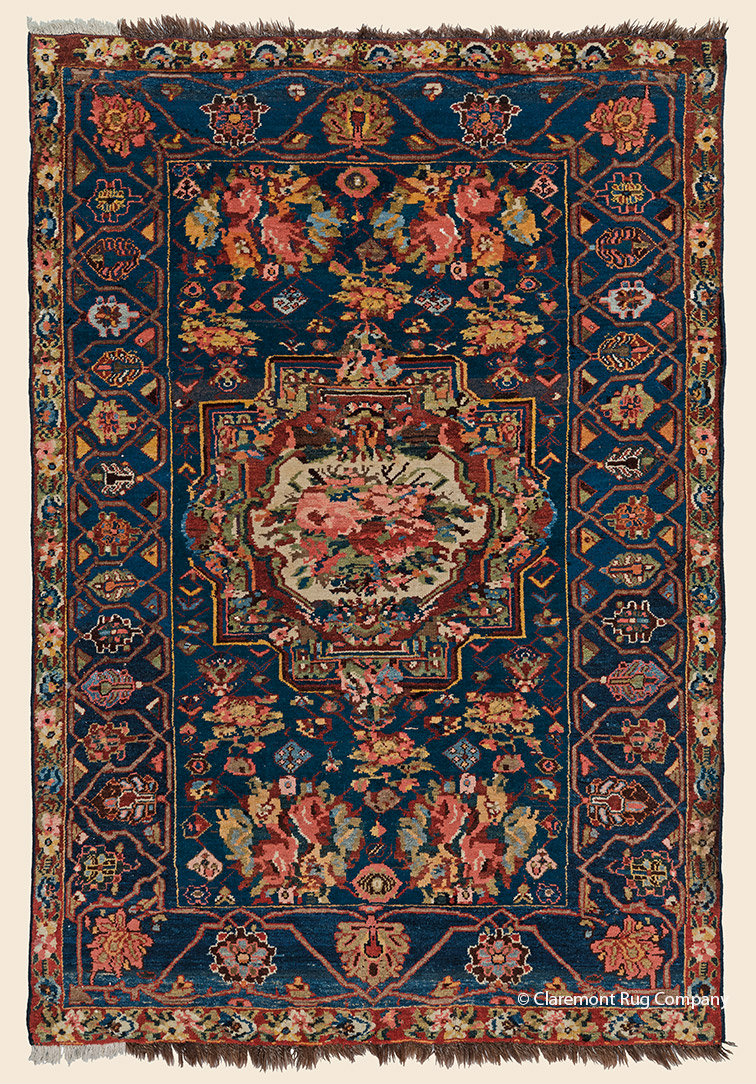 (Connoisseur-Caliber) Skillful, dramatic color juxtapositions animate this outstanding 19th-century rug from the Northwest Azerbaijan region, well known for its inclusive, innovative attitude and diversity of patterns. A central medallion resembles a fountain of flowers as viewed from above. Spilling into the field are traditional "guli farang" designs, translated as "foreign blossom," drawn with unusual balance and nuance. These European-inspired forms have been successfully reinterpreted as part of an original Persian semi-tribal aesthetic. Chevron buds and abstracted polygon florets are eloquently juxtaposed with individually rendered rose bouquets. Further hints of a tribal pedigree are strongest in the vertical borders with 3D triangular amulets and geometric palmettes that double as elemental Trees of Life. Luxuriant heavy pile condition allows the sumptuous, master-crafted hues to shine, swathing every motif in a soothing watercolor effect. 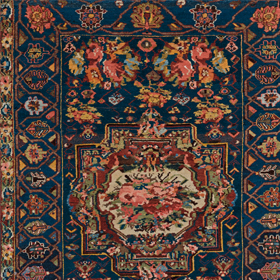