Search Our Inventory / All Rugs / SERAPI GARDEN OF PARADISE RUG 4' 9" x 6' 11" We include a full exchange policy on every purchase. 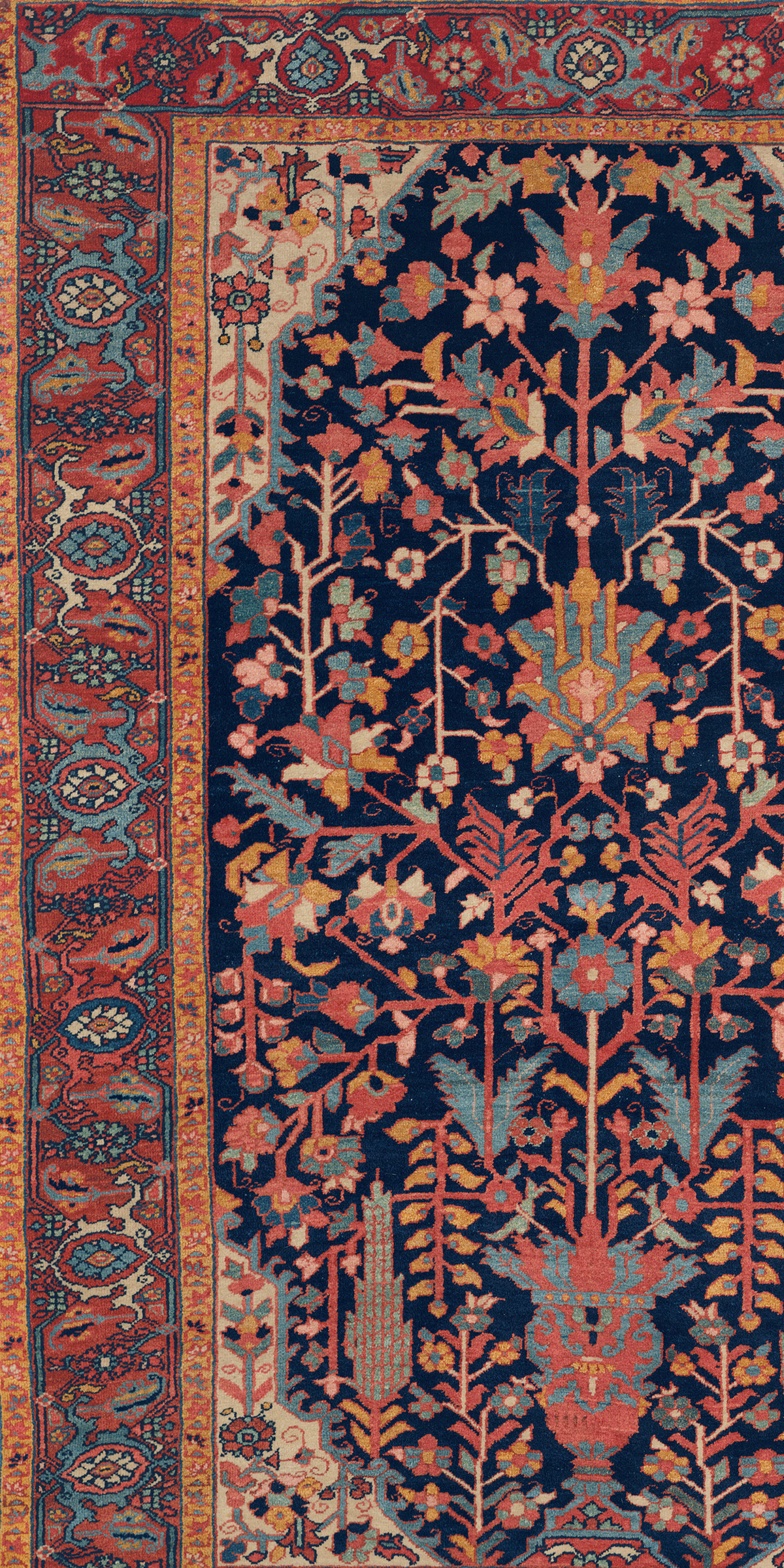 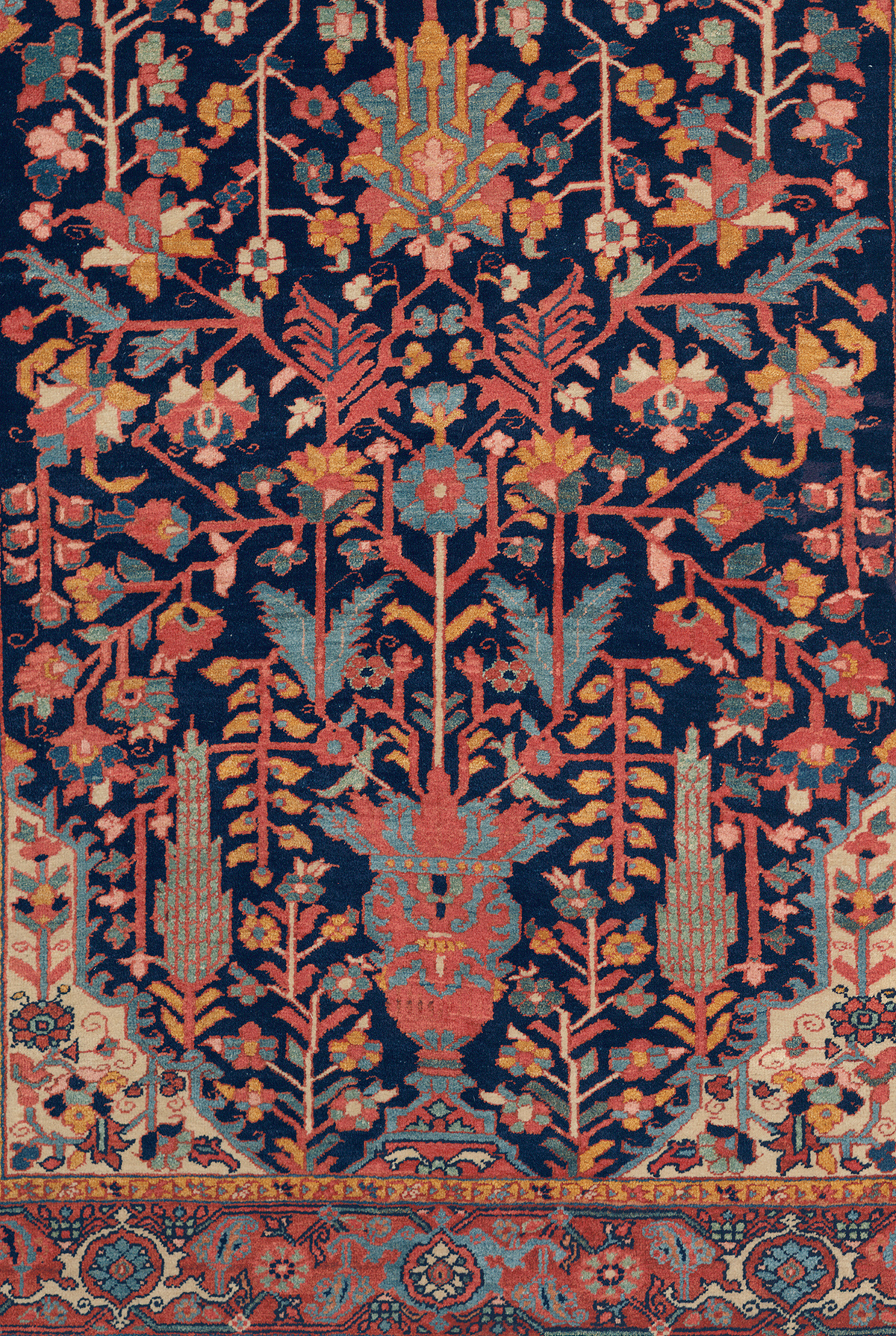 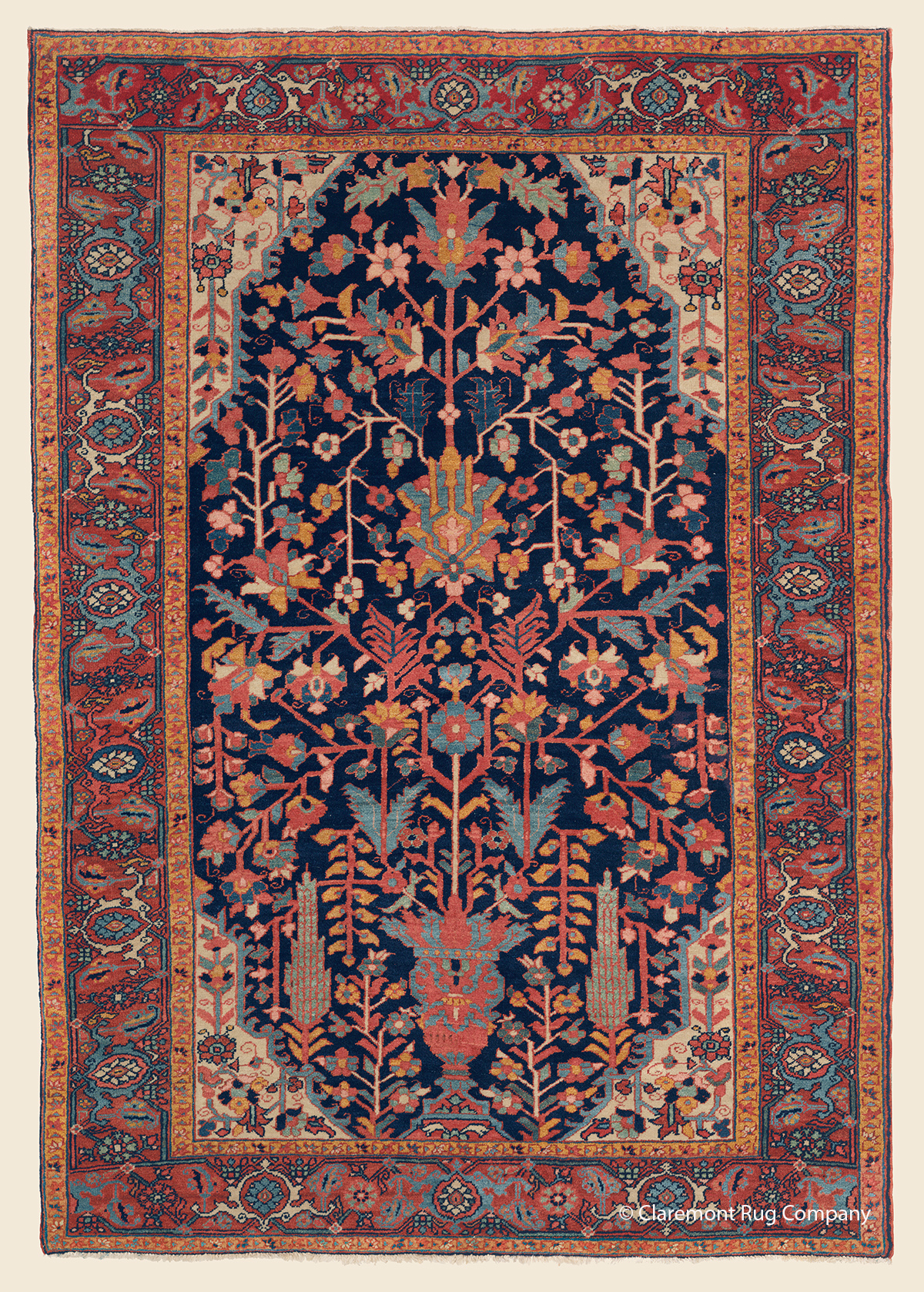 (Connoisseur-Caliber) In the rarely found, virtually 5x7 size, this breathtaking antique Serapi rug is among the most creative of its type we have ever seen. Its field portrays an exceptional rendition of the classic Garden design emerging from an ornate vase, replete with ascending flowering branches and feathery leaves, all on a radiant midnight indigo blue ground. Four ivory spandrels, a very seldom-found variation to the Garden format, are accentuated by their ivory base. The claret red central frame, adorned with a particularly vigorously rendition of the classical Herati border design, offers a lyrical fluidity and is the perfect counterpoint to the crisply drawn, stained glass-like center. Deep coral, rich saffron, rose quartz and seldom found shades of jade complete this magical color palette. Preserved in virtually full-pile condition and imparting a palpable sense of circular movement and visual depth, this is a hallmark piece for its type. 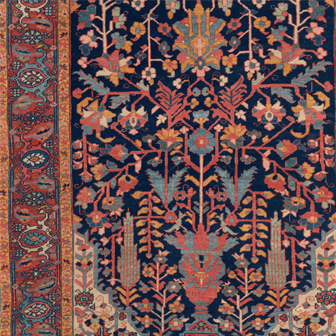