Search Our Inventory / All Rugs / BIJAR VAGIREH 3' 11" x 5' 5" We include a full exchange policy on every purchase.
Inquire about our free shipping on approval.
Viewing 1 of 1 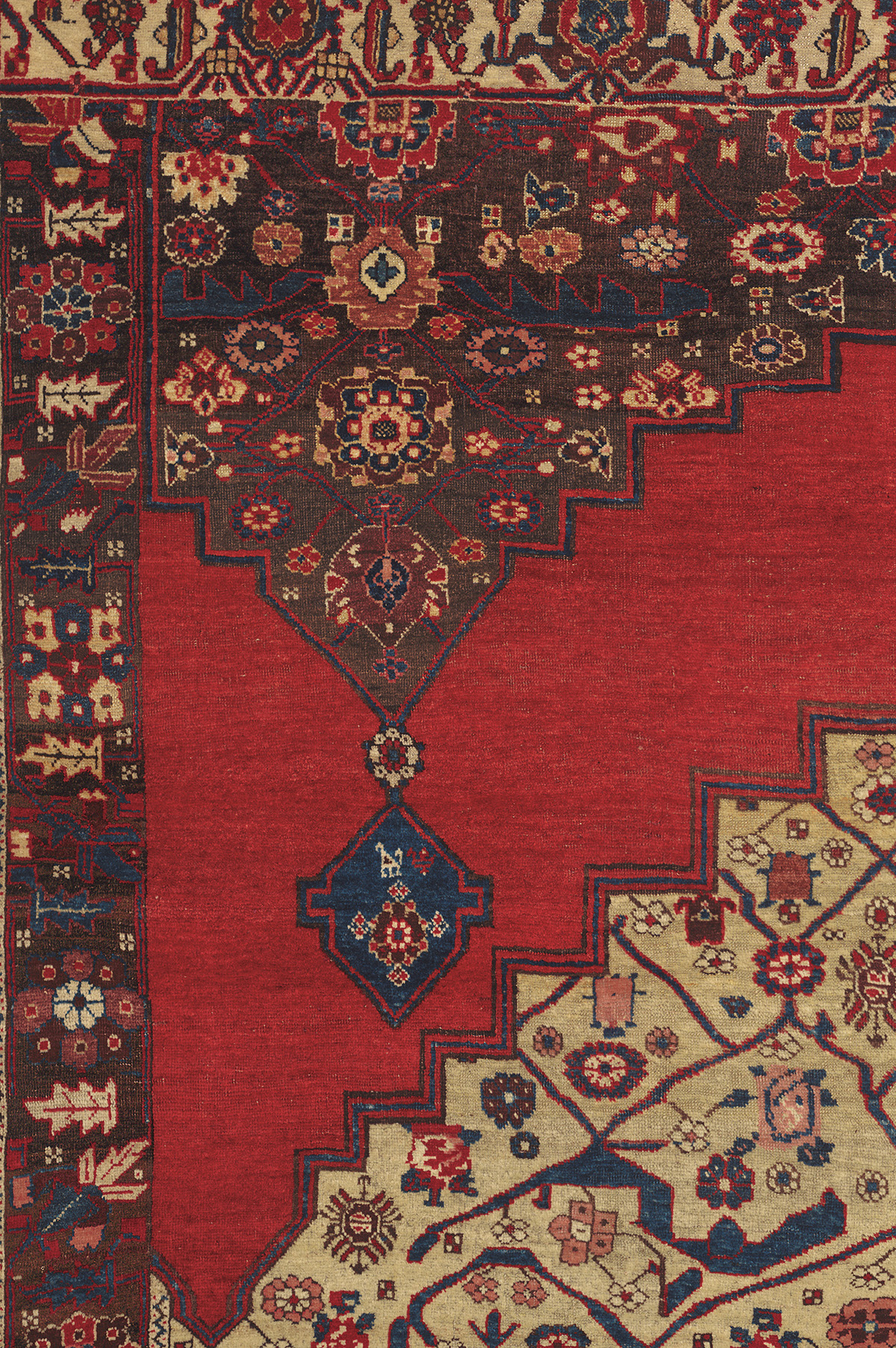 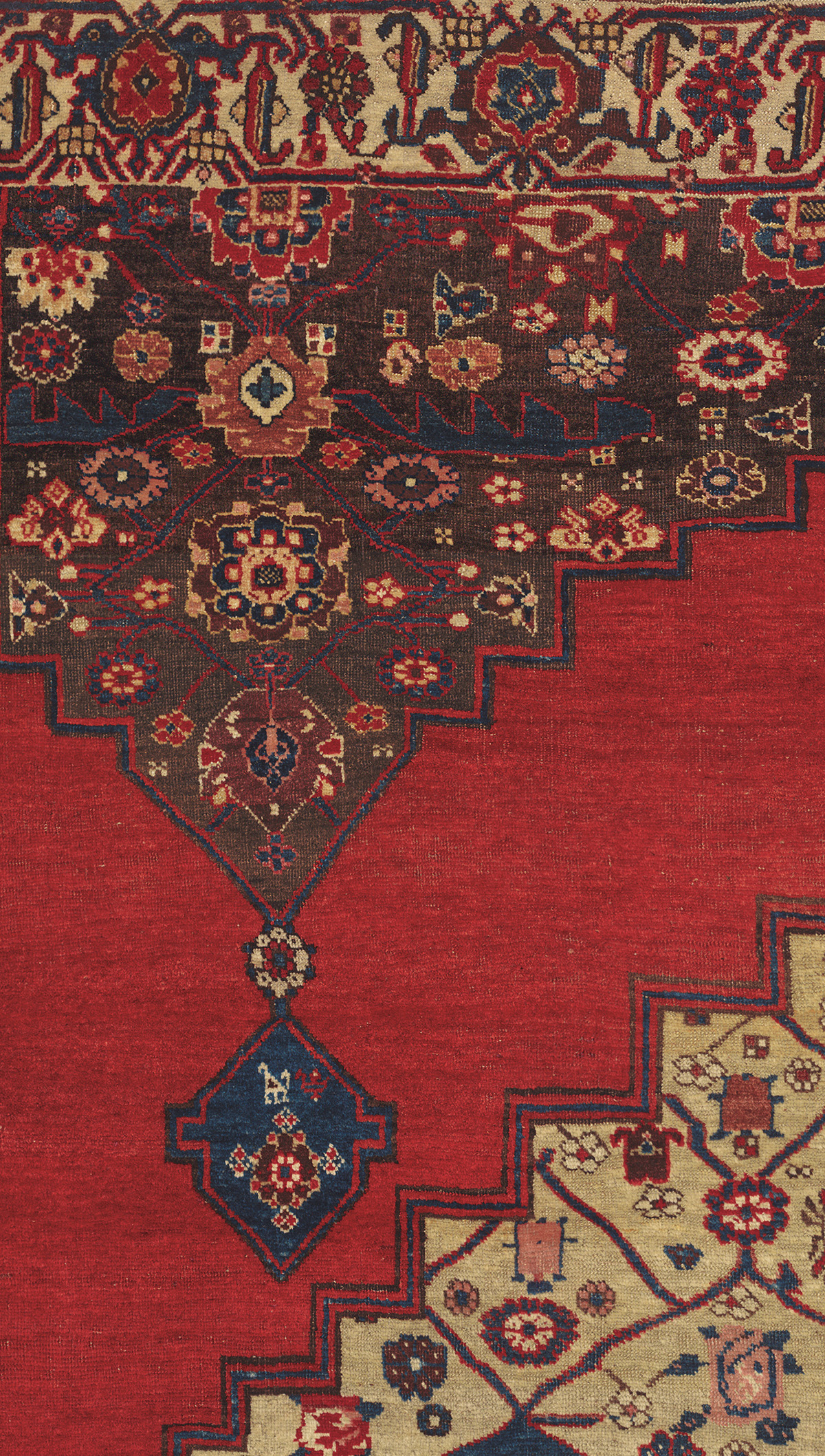 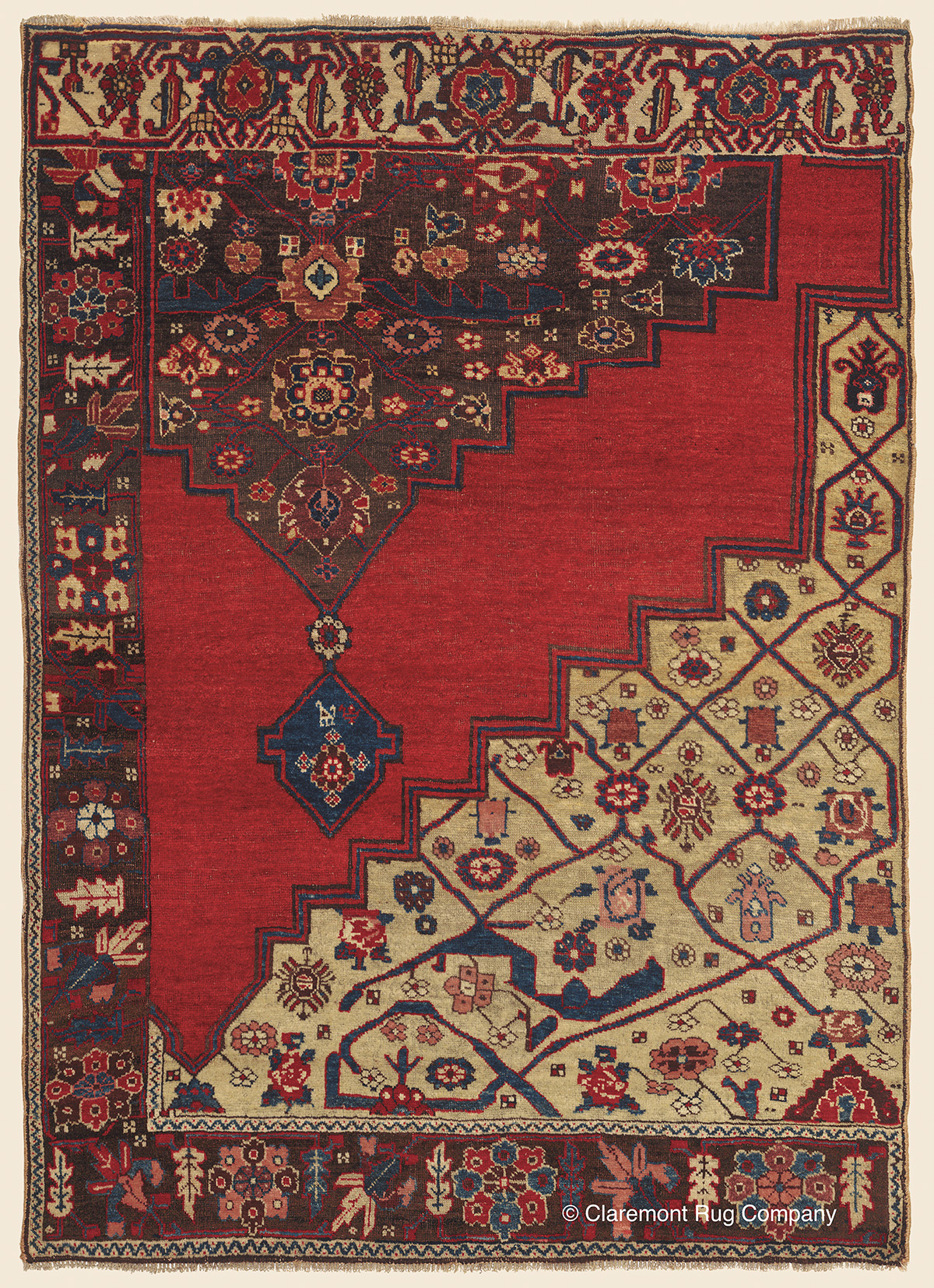 (Connoisseur-Caliber) This collectible, 19th century Bijar Sampler (known in Farsi as a Vagireh) displays a virtuoso fluency in a potpourri of the potent pattern language of this esteemed village style. Its maker shows both the various elements that could be incorporated in a major commissioned carpet and stands by itself as an integrated, harmonious work of art--a feat to accomplish in this format. Its weaver's dexterity of color dyeing is profound, seen not only in the strident crimson of the abrashed open section, but also in the refined ochre, parchment, salmon and arctic blue accents that surround it. Archetypal split palmette motifs emerge within the incredibly inventive latticework of independently crafted ornaments, as if this portion was taken over by a spontaneous tribal weaver. We are certainly not the first to recognize its impressive artistry, as its high pile condition indicates this piece has been stored or hung as wall art. Learn About This Rug Type 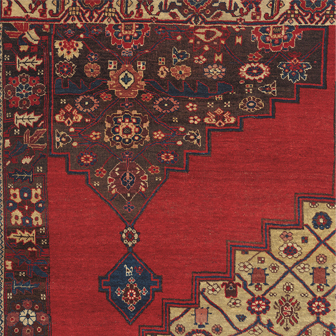