Search Our Inventory / All Rugs / FERAHAN SAROUK 10' 3" x 13' 1" We include a full exchange policy on every purchase. 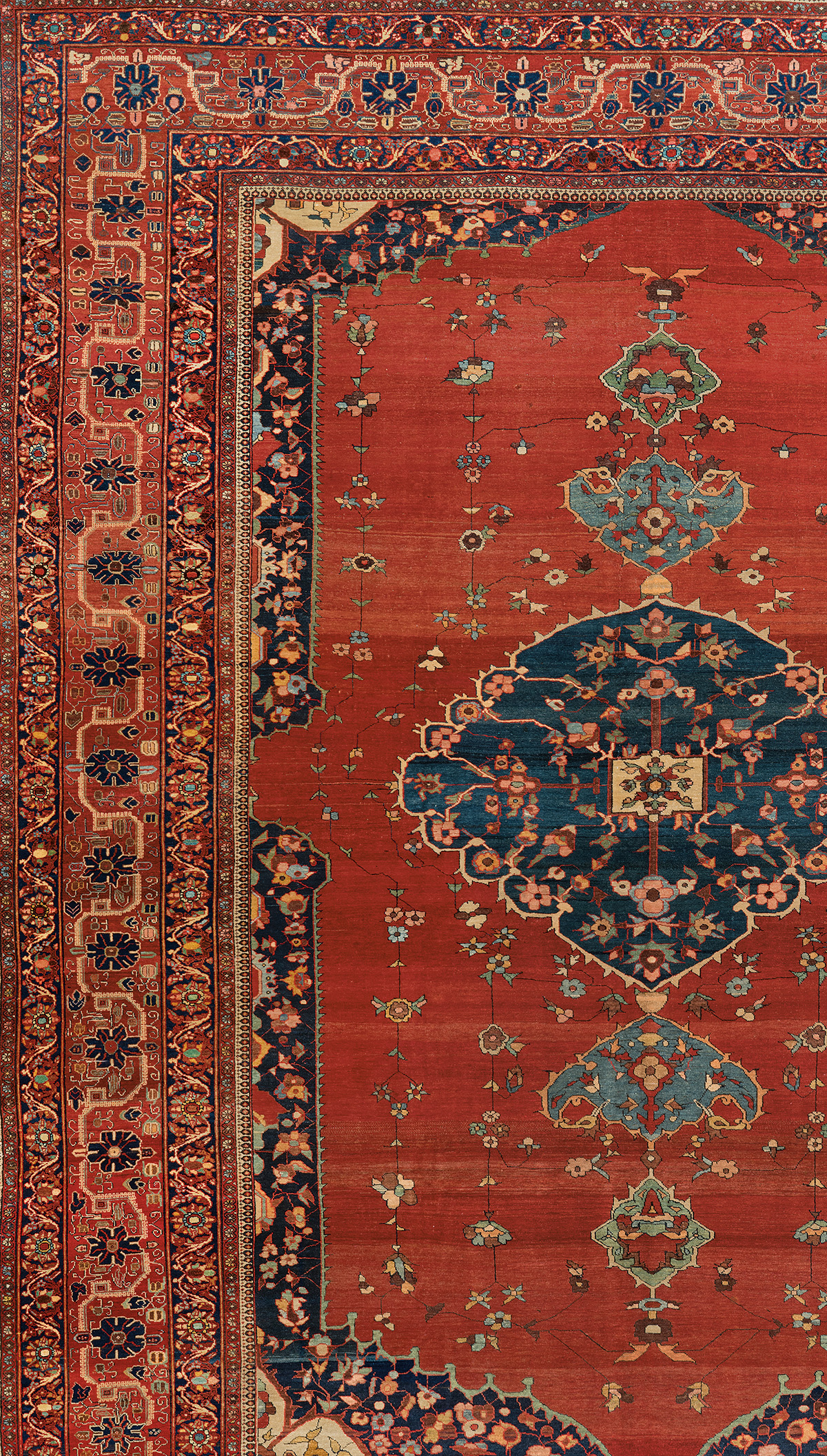 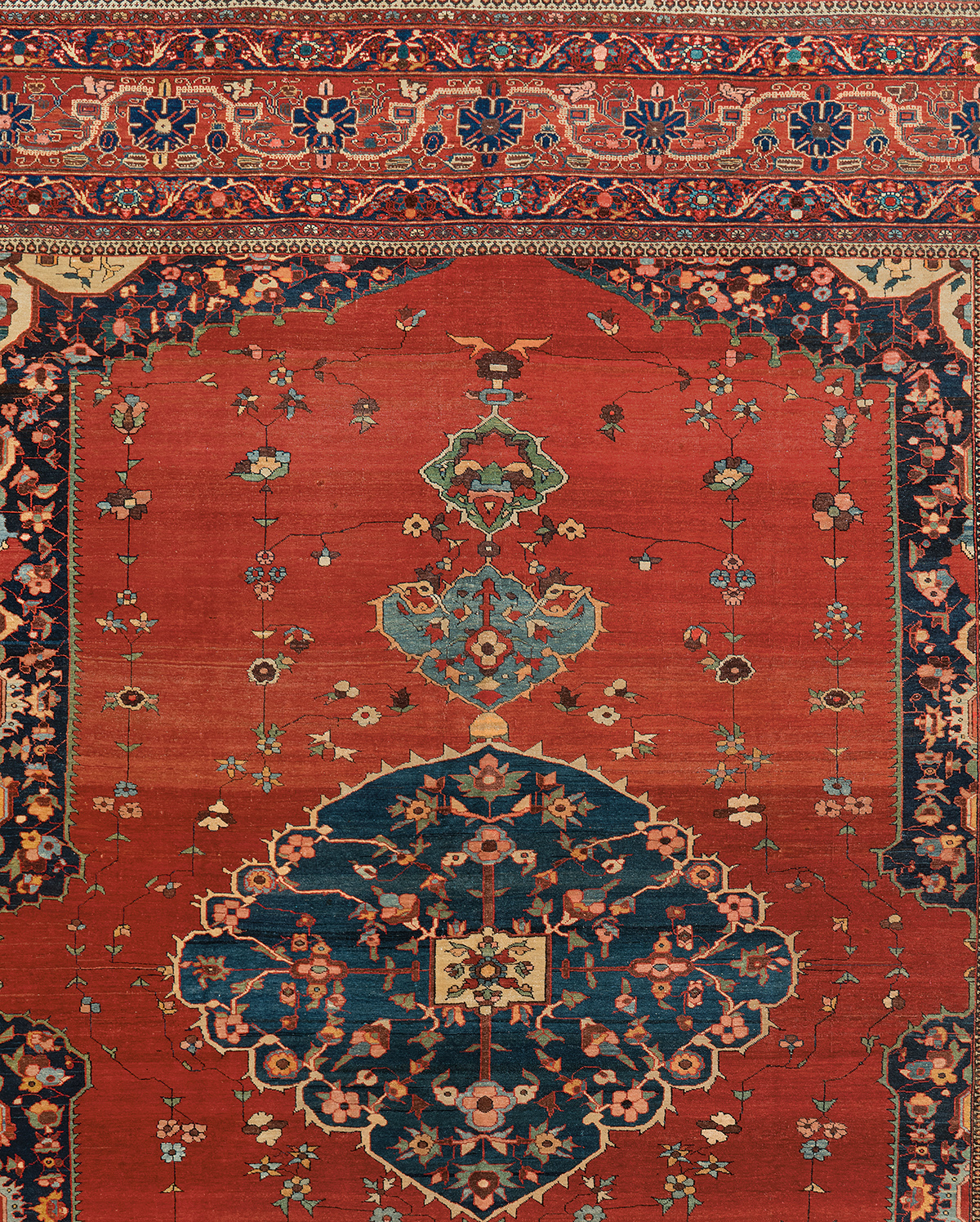 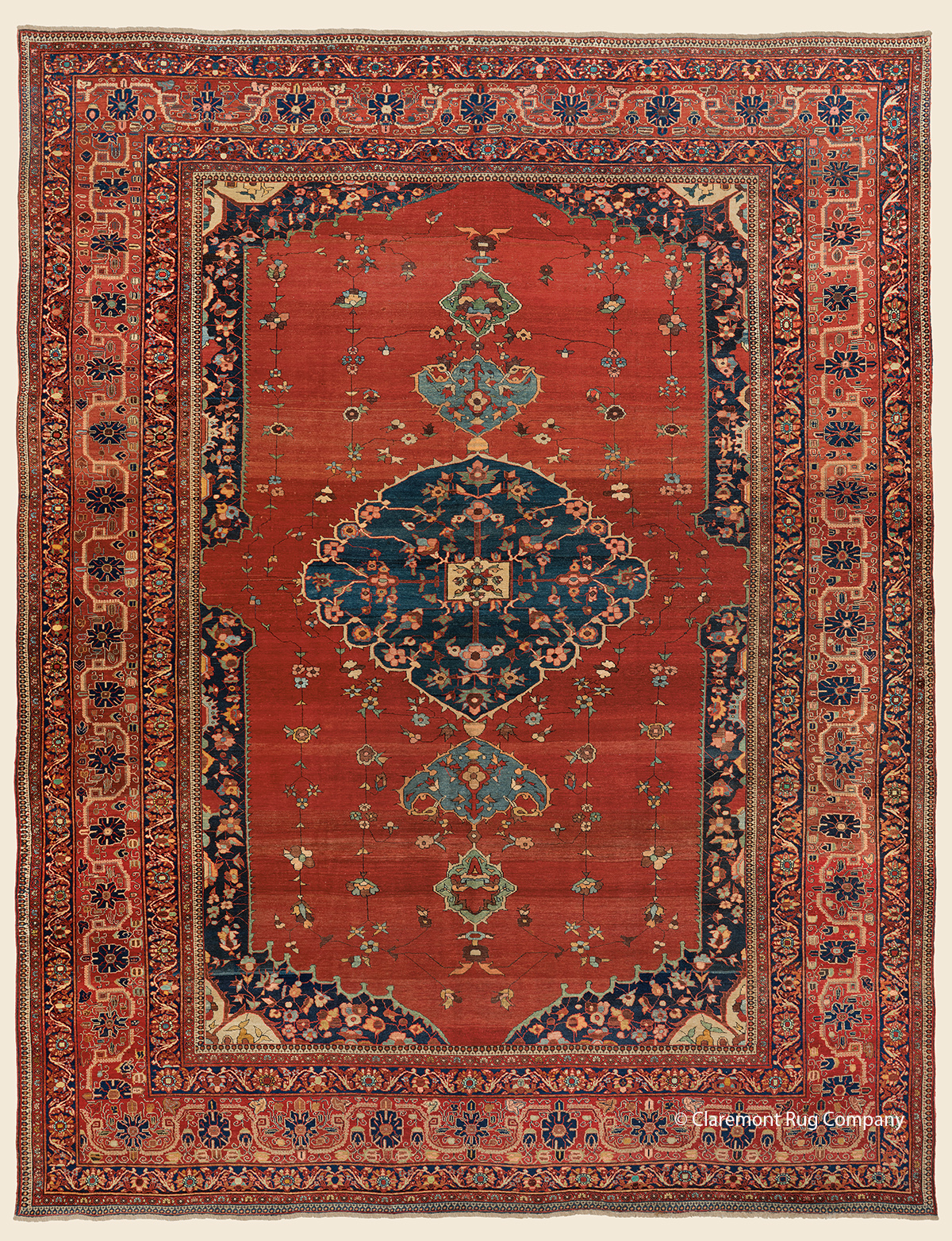 (Connoisseur-Caliber) ("New Arrivals Gallery") This top-tier Ferahan Sarouk showcases splendid "abrash" texturing in the gold-trimmed cool sapphire medallion, its attendant pendants, and most especially, the soft rufous red reserve. Through virtuoso finesse, it seems as though each knotted row captures a slightly differing shade. Chains of cheerful polychrome flowers dangle from filigree tendrils across the great rippled expanse. Its sumptuous array of complimentary supporting colors are potent and alive, whether glowing cerulean, rarely encountered leaf green, or surprising hints of apricot. This stunning composition is completed by an energetic suite of borders that are perfect foils to the serenity of the center. Its low contrast, main framing reads like a fascinating lost hieroglyphic language written upon the glistening wool surface. An incredibly fluent large room-size carpet, it remains in fabulous condition for its substantial age. 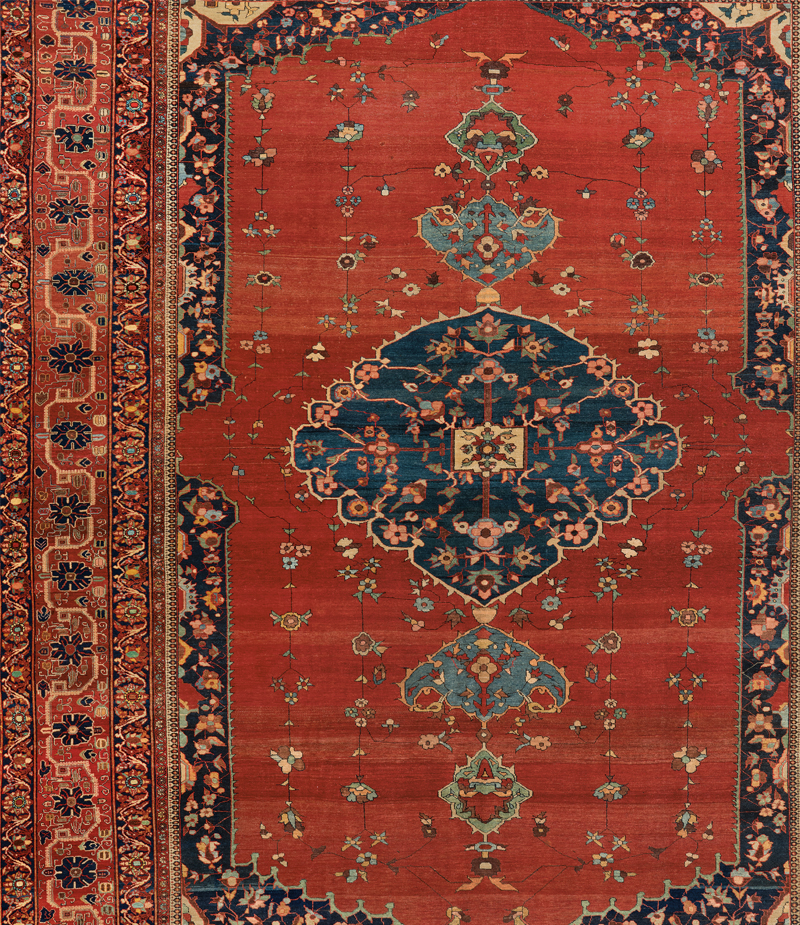