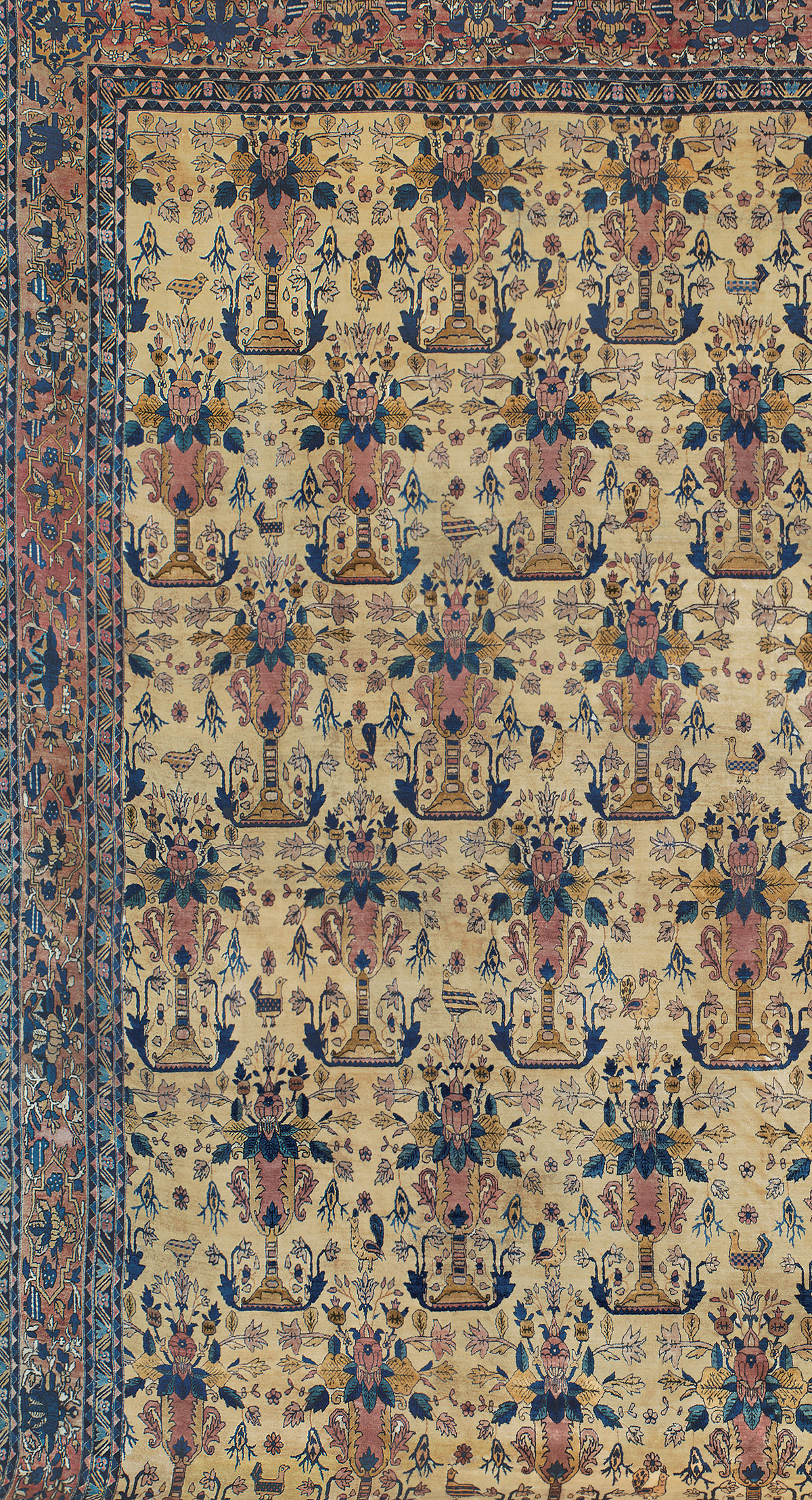 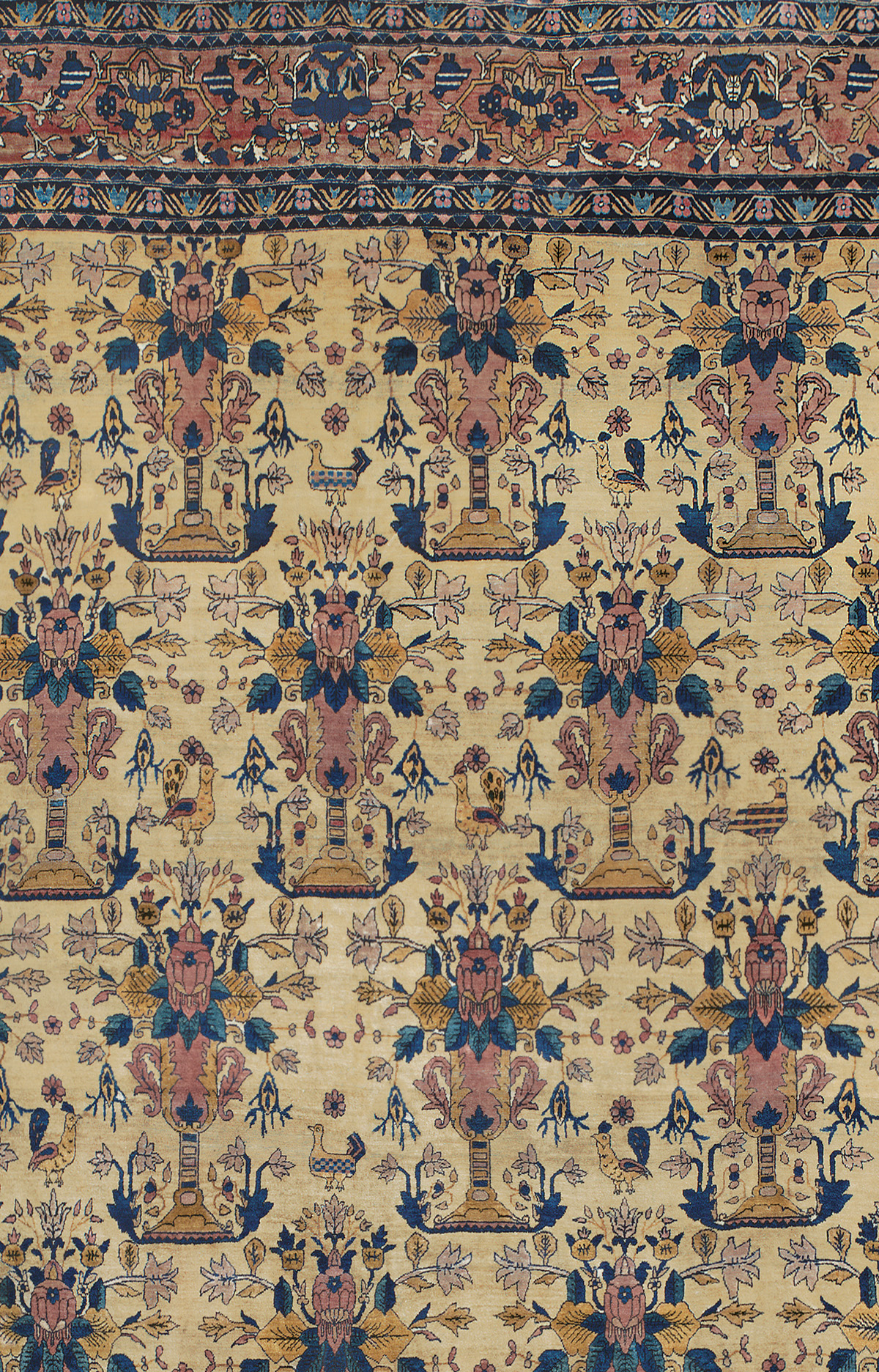 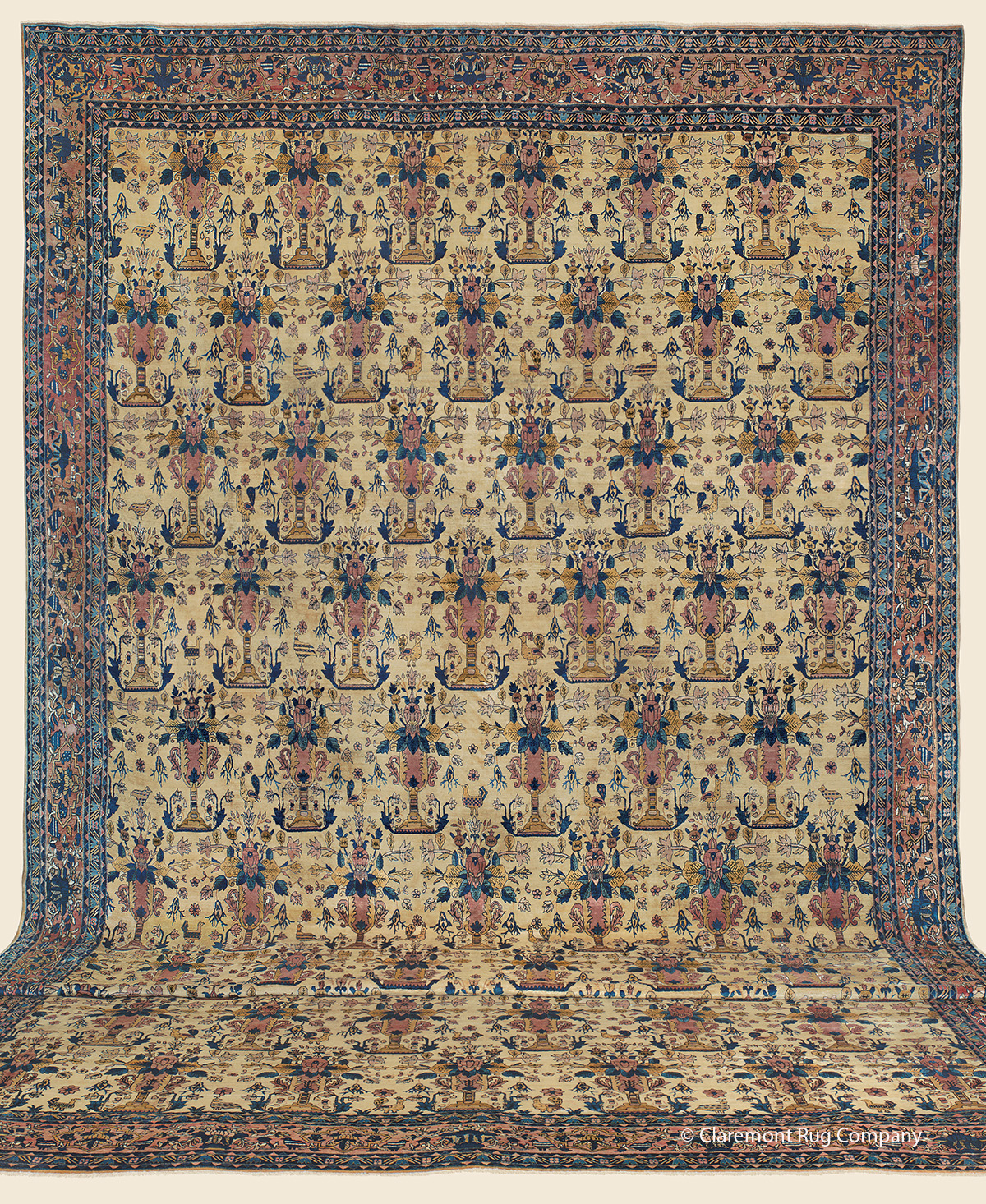 (Connoisseur-Caliber) Unforgettable not only for its massive dimensions, but also its sophisticated, understated palette, this palace-size antique Ferahan carpet holds the top tier in both high decorative and connoisseur categories. With sublime artistry and superlative craftsmanship, it presents the famed Zul-i-Sultan (repeating nightingale and vase) design on the grandest scale we have encountered. Delightful, finely detailed birds strut between every vase with no two quite alike! At nearly one-and-one-half centuries old, it has developed a glowing patina that quietly underscores the splendor of this one-in-the-world 19th century art carpet that likely took a team of nine weavers up to five years to create. (Featured in catalog Vol. 25, No. 1, p. 14-15.) 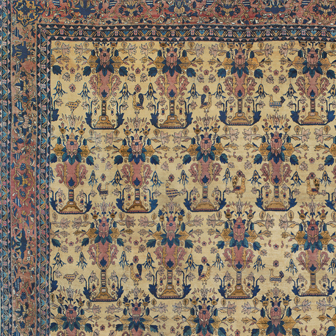