Search Our Inventory / All Rugs / FERAHAN SAROUK 8' 6" x 12' 0" We include a full exchange policy on every purchase. 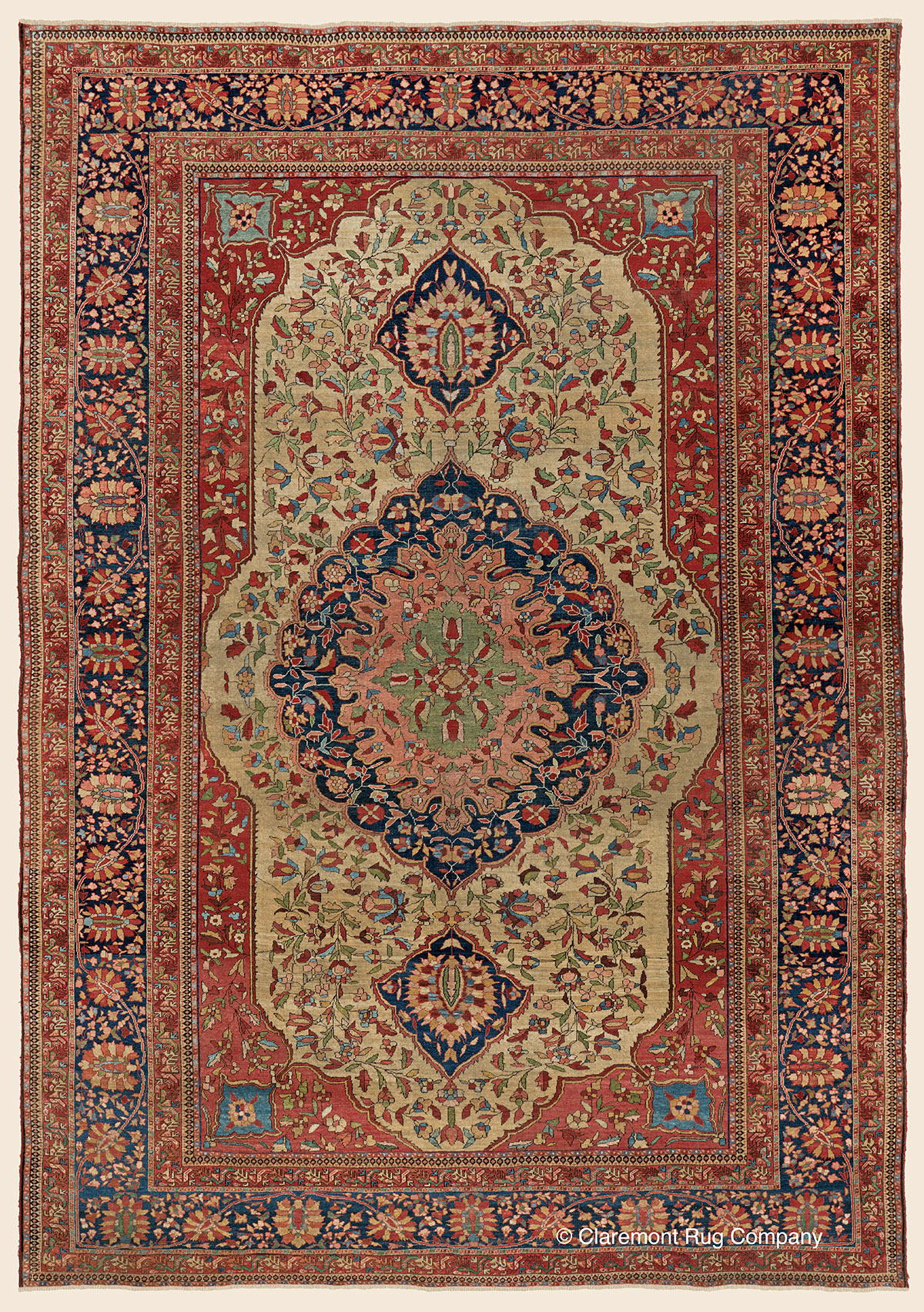 (Connoisseur-Caliber) Our sizable collection of 19th-century Ferahan Sarouks continually delights our clientele, who treasure the way the best pieces in this style employ color to reach impressive artistic heights. This regal carpet with its awe-inspiring keyhole-shaped medallion and endearingly drawn flowers exemplifies the stately, yet expressive ambiance of this perpetually admired style. Its mature weavers were certainly aware of the effect the soft pastel celadon and salmon hues of the medallion would exert, particularly when surrounded by saturated red and blue tones. Sensitive abrash in the lower section softens this powerful village carpet, as if a feminine element has been thoughtfully introduced. 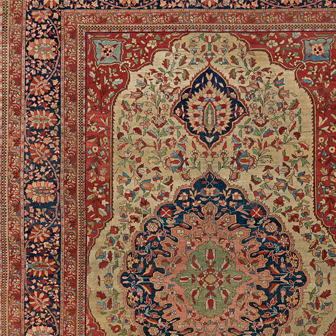