Search Our Inventory / All Rugs / FERAHAN SAROUK 3' 4" x 4' 11" We include a full exchange policy on every purchase. 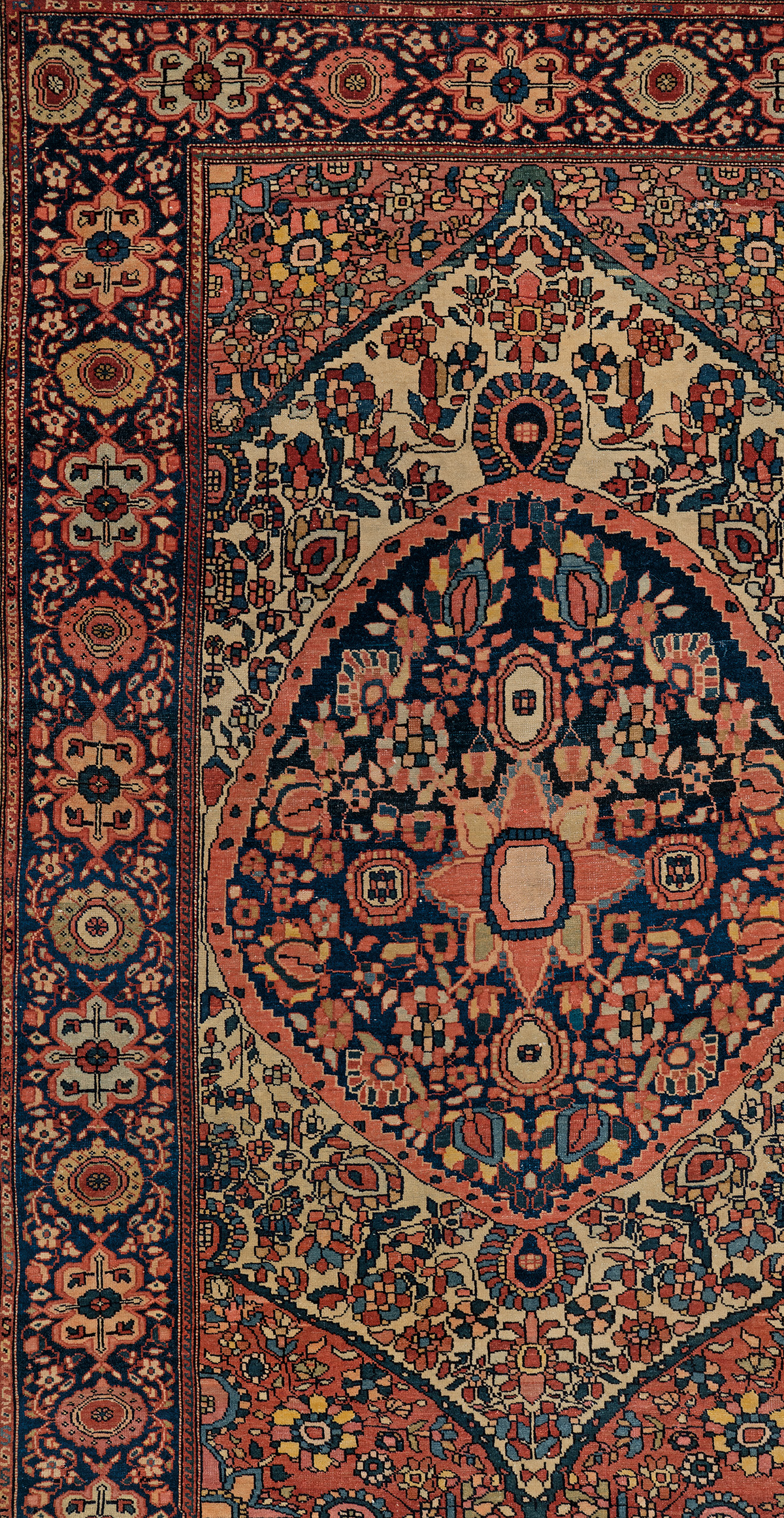 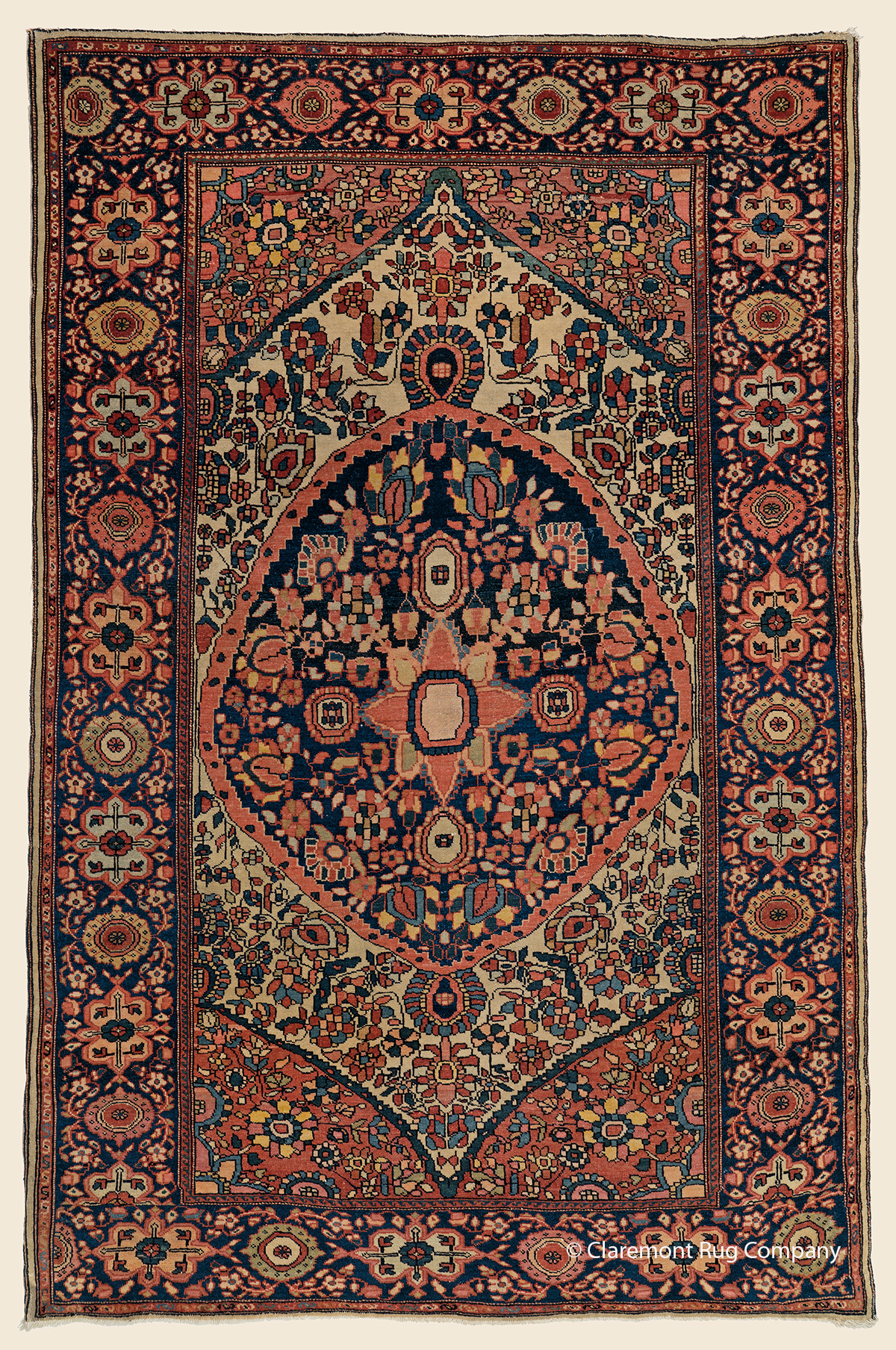 (Connoisseur-Caliber) ("New Arrivals Gallery") Late 19th century, art-caliber Ferahan Sarouks in the precious 3x5 genre become available only now and then, as they are far less plentiful than in the 4x6 category. In general, the smallest Town and City rugs were often woven by weavers from the local workshop working at home for their own use, for gifts, or for making extra money, and they sometimes offer delightful nuanced character such as this winsome piece. The shapes of the flower faces in this extremely finely knotted, wonderfully preserved rug are perky and quite varied. The changing compression of these blossoms within the medallion, on the ivory field, and in the spandrels imbues this little carpet with much dynamism that acts as a most vivacious backdrop for the freely drawn oval shape of the medallion and the rainbow-colored star flower at its center.