Login & Wish List
Search Our Inventory / All Rugs / SHAHSAVAN CAMELHAIR RUNNER 3' 4" x 15' 10" We include a full exchange policy on every purchase. 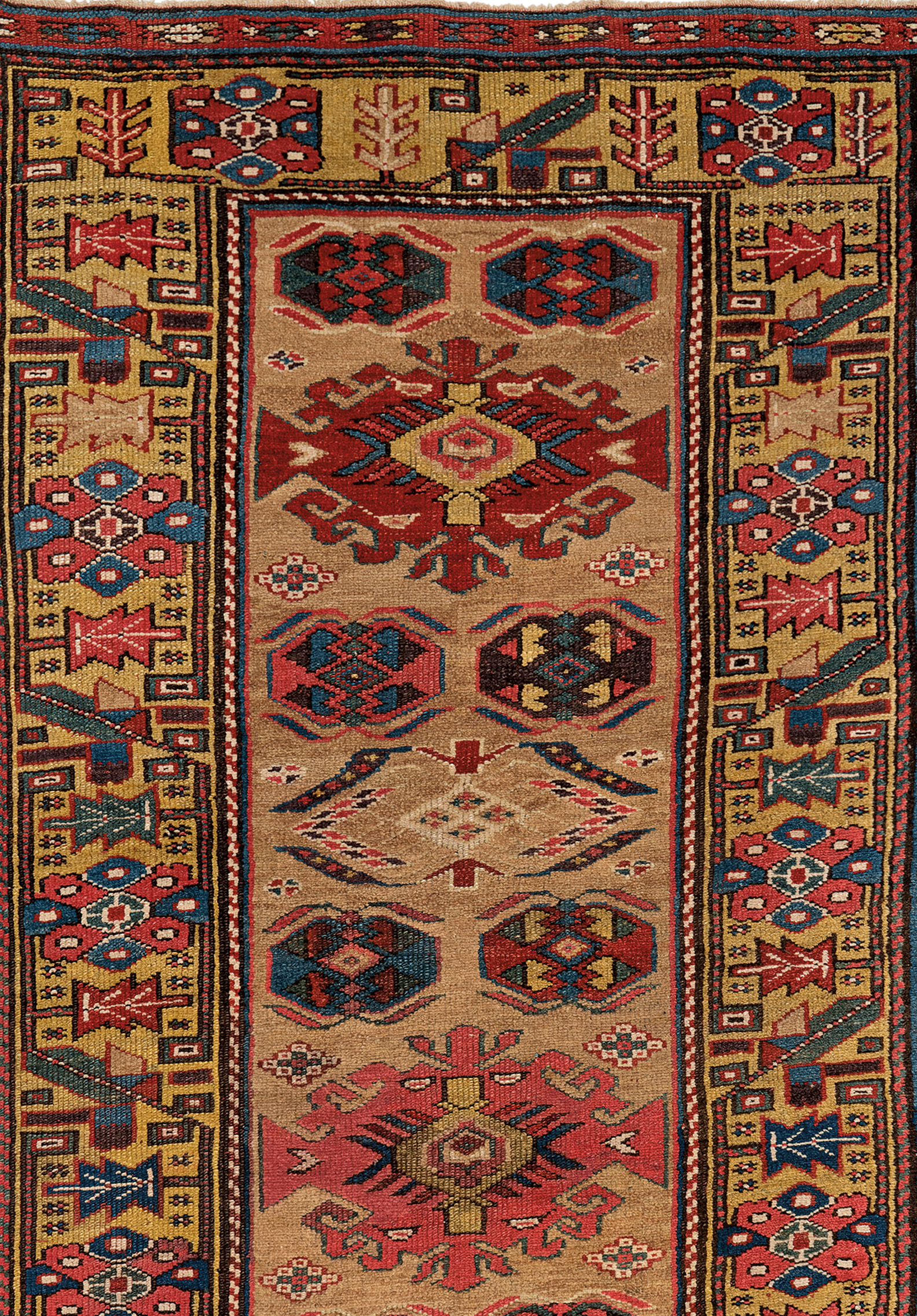 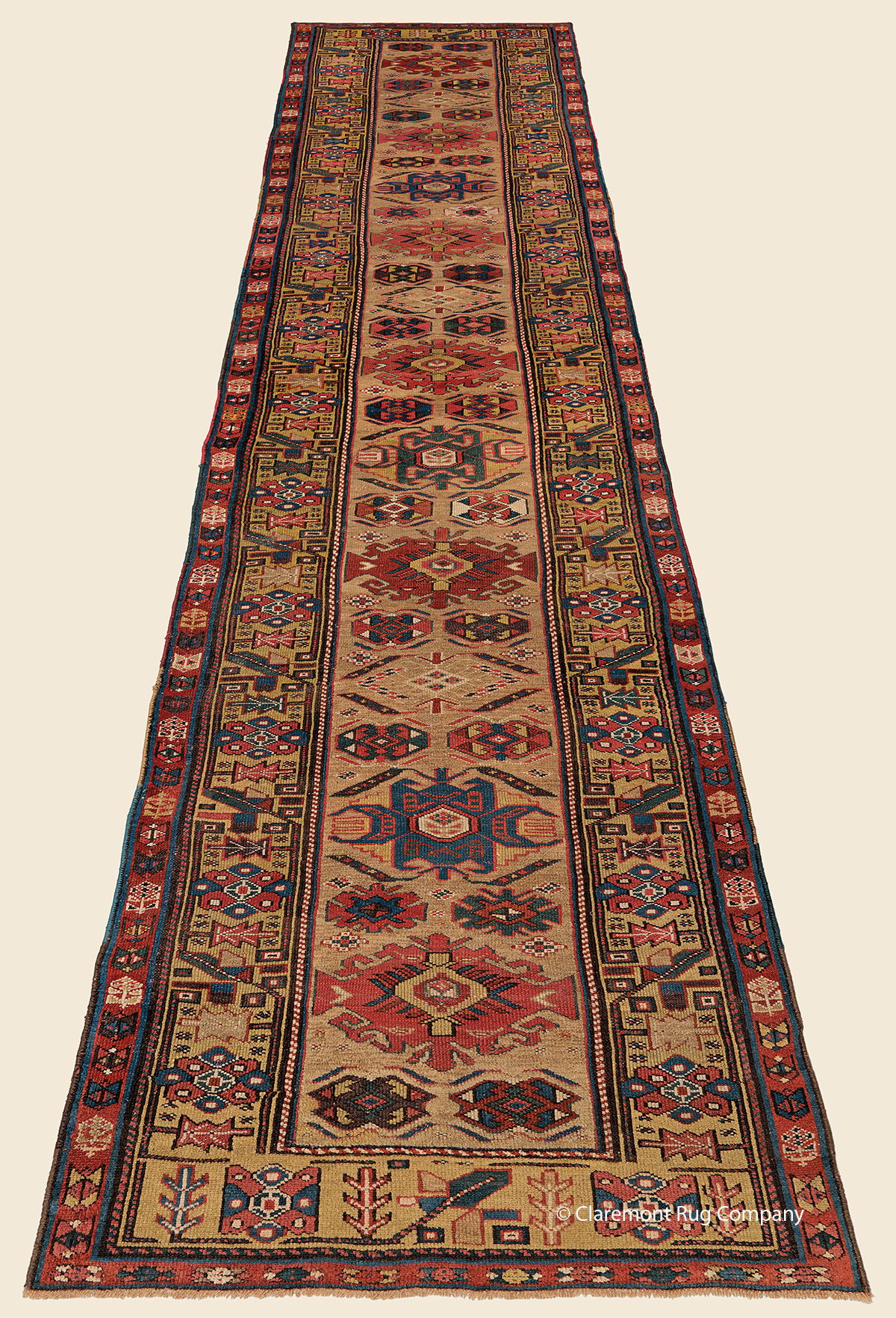 (Connoisseur-Caliber) ("New Arrivals Gallery") 19th-century Camelhair runners, especially when in the heavier pile condition of this one-in-the-world piece, are treasured among our clients for their chromatic warmth and evocative sense of imagination. A series of entirely original medallion shapes alternate in a fascinating linear pattern that, according to traditional belief, continues beyond the runner's unusually long dimension ad infinitum. Interstitially placed are more minor pairs of individually color-coded lozenges with fundamentally geometric floral inclusions. The sparkling vibrancy of its many seldom-encountered color tones imbues this whimsical yet majestic runner with a palpable exuberance for life and celebration of the natural world. Its riveting border is filled with a lively cornucopia of totally innovative, imaginatively depicted flora and other embellishments, resembling the more playful vein of Picasso's work. 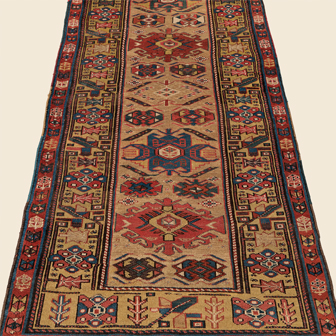