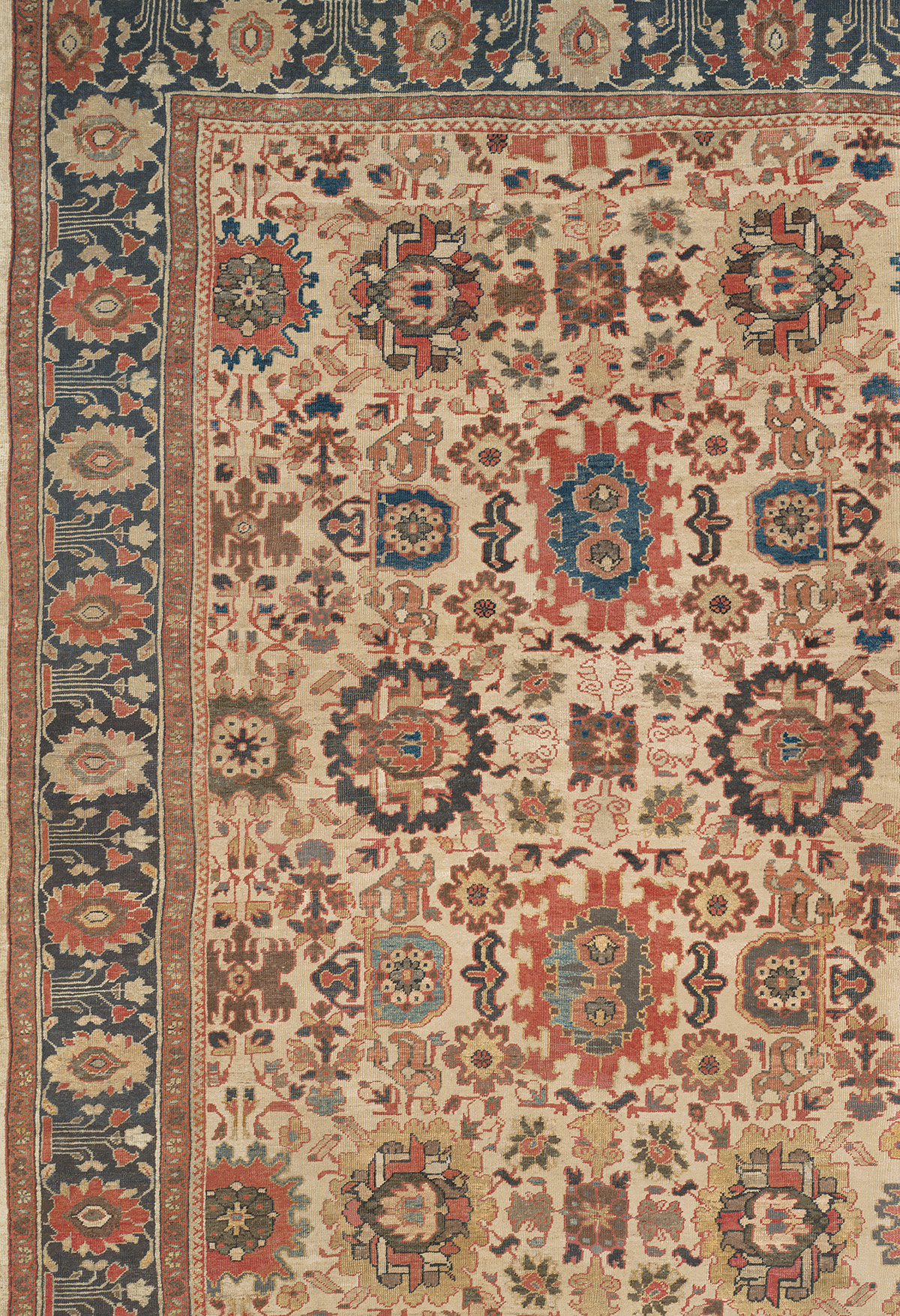 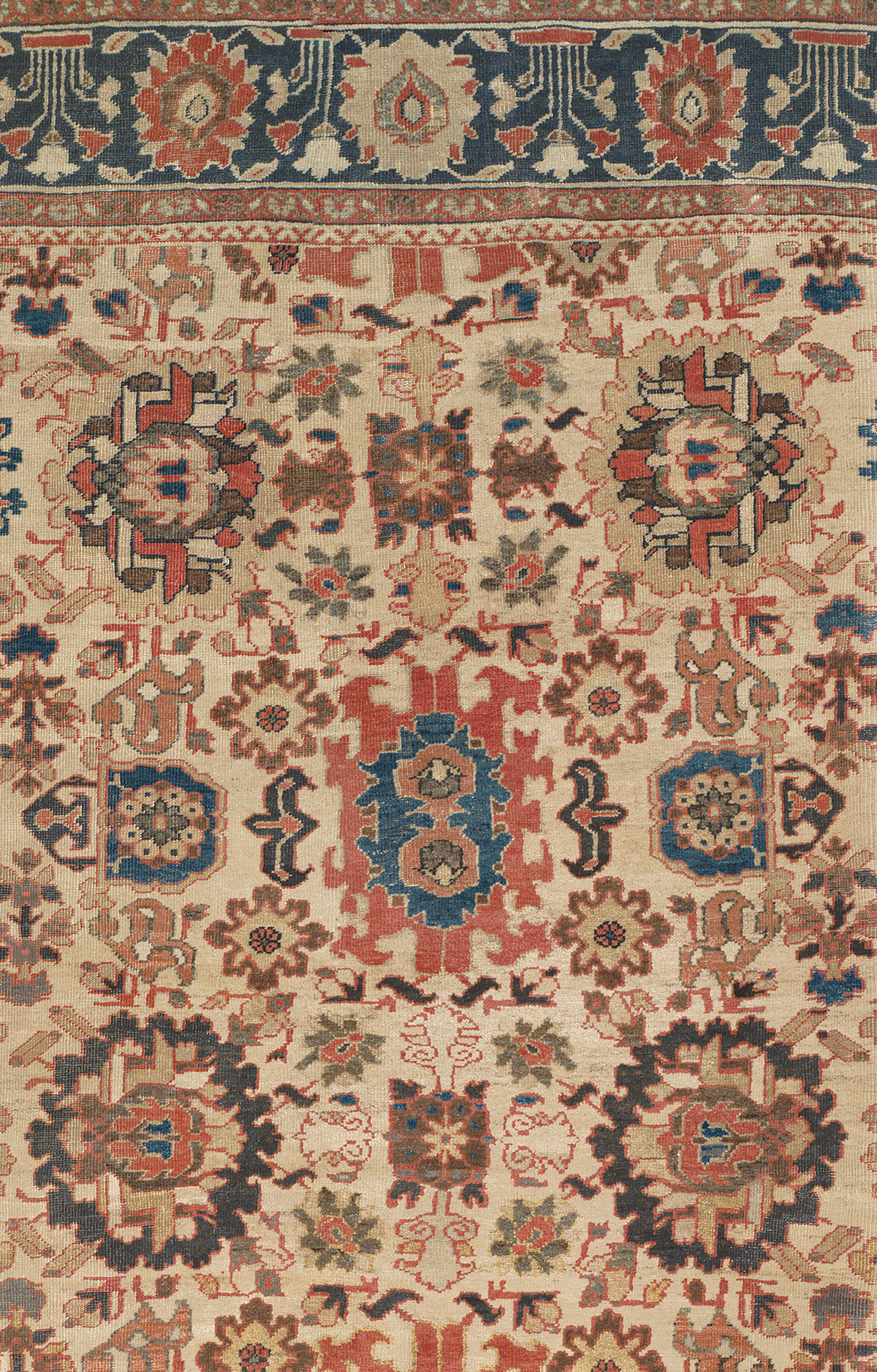 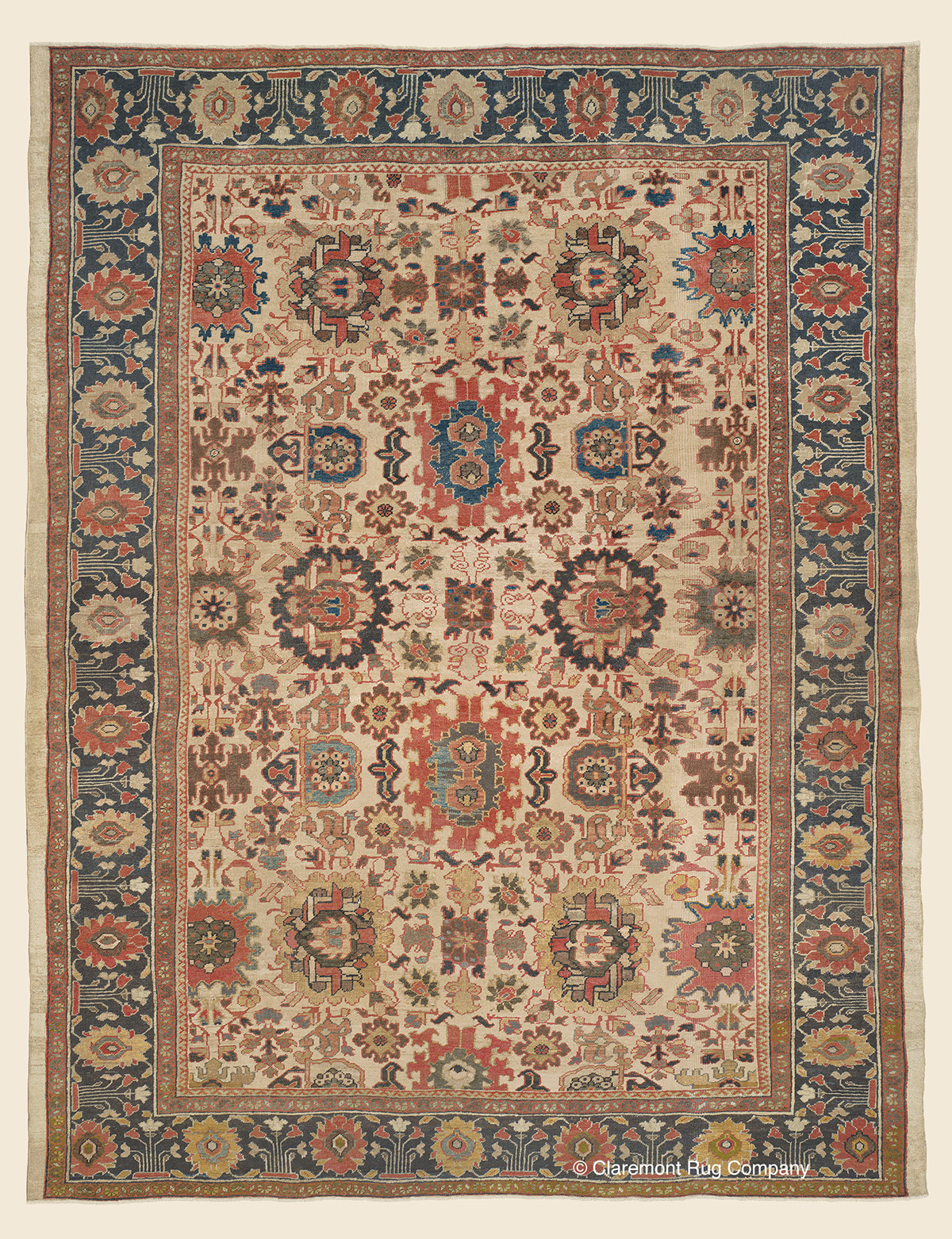 (Connoisseur-Caliber) This breathtaking, uniquely designed antique Sultanabad carpet offers a both a widely sought after beige ground and a coveted large scale all-over pattern of spectacular blossoms. Its one-of-a-kind stylized border design of flowerpots and palmettes elevates its overall rarity. Although this singular 19th century Persian carpet is some 150 years old, its deeply harmonious coloration is very contemporary; with copper, slate blue, soft taupe and wood browns in the field as well as a rare charcoal border tone. We often counsel clients to skillfully use distinctive rugs, such as this spaciously patterned Sultanabad, to designate seating areas and passageways in open floor plans.