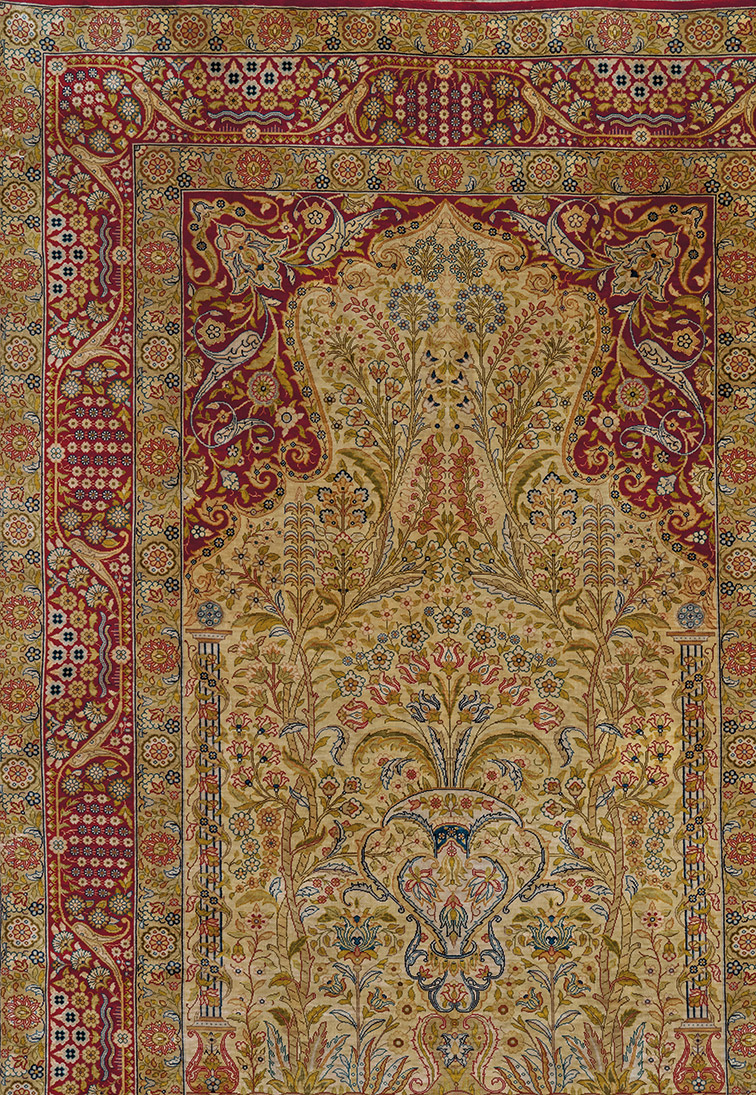 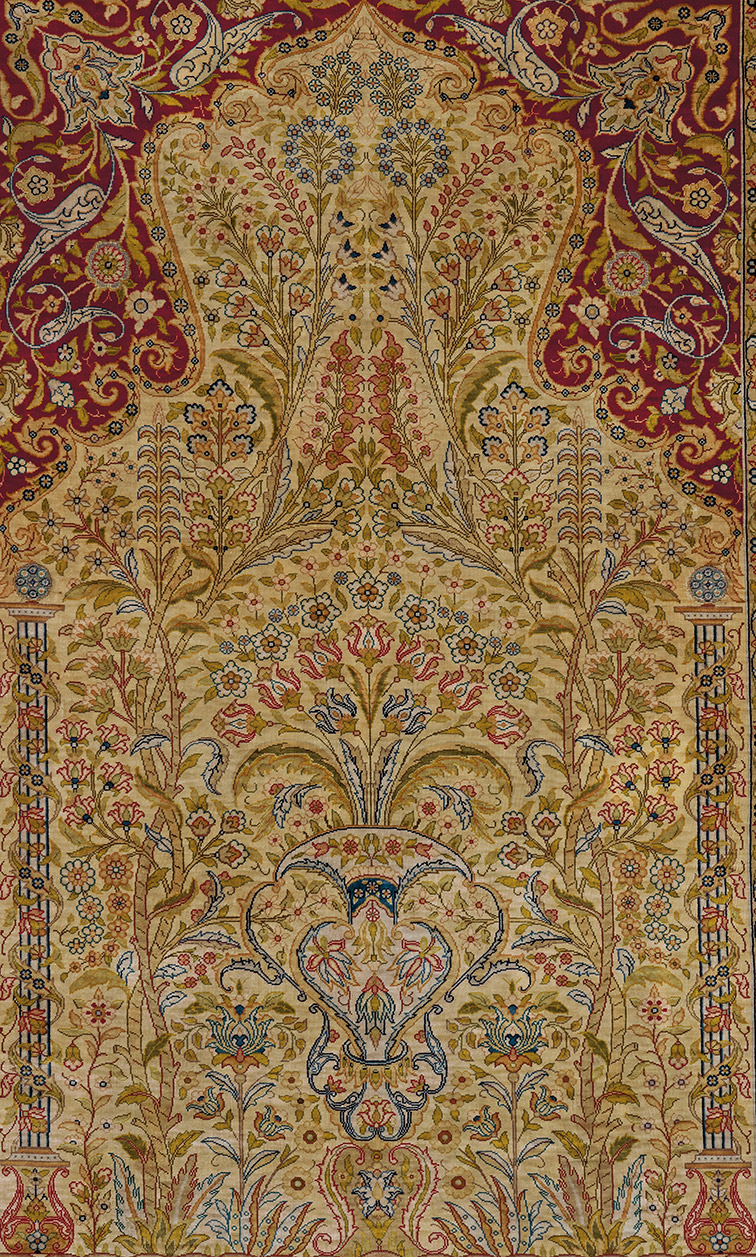 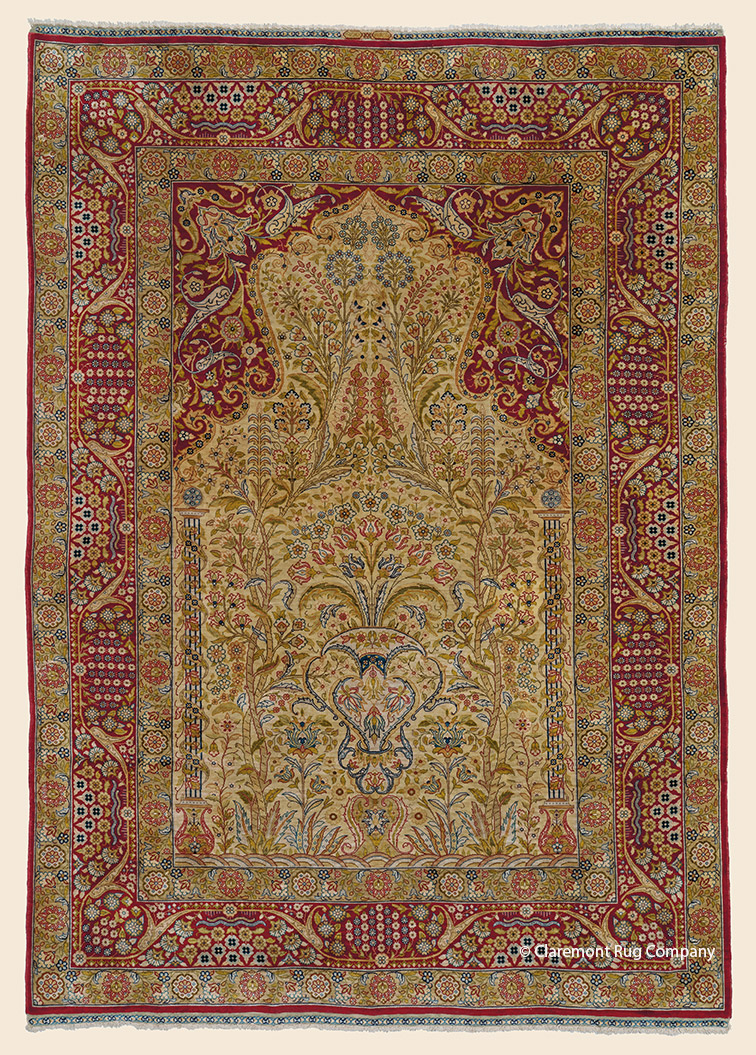 (High-Collectible) The weaving of Persian silk rugs in the 19th century replicated on a smaller scale the process developed in the Safavid workshops in the 16th-17th centuries to create carpets with curvilinear lines for the first time in the history of rug weaving. Traditionally, designers drew stunningly elaborate, usually symmetrical medallion and directional patterns that were then overlaid onto a grid, called a cartoon" that showed a knot-by-knot depiction of the rug for the weavers to follow. This diagram accounts for the remarkable level of perfection the classical rugs attained. This smaller-sized "Vase Rug" is a precious anomaly in a genre where larger area rugs are much more prevalent. It is a breathtaking piece, shimmering with amazingly gentle tonalities and expressing a unique phantasmagorical scene. A regally ornamented vase in the lower portion of the field anchors an ascending tree with mesmerizing lithe branches sprouting a host of delightful flowerheads and blossoms. A pair of smaller trees reside in each lower corner, and a couple of brilliantly festooned columns. The dreamy pale golden ground provides the perfect partnership to the deeper walnut, claret, and wheat tones, as well as the deep currant hue filling the space above the arch. As silk rugs from this period rarely survive, this little gem's miraculous condition belies the evident respect it has been shown. 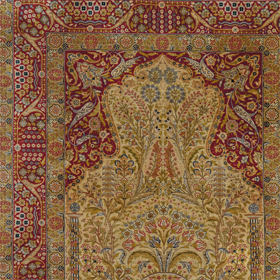