Search Our Inventory / All Rugs / ZIEGLER SULTANABAD 12' 6" x 15' 4" We include a full exchange policy on every purchase. 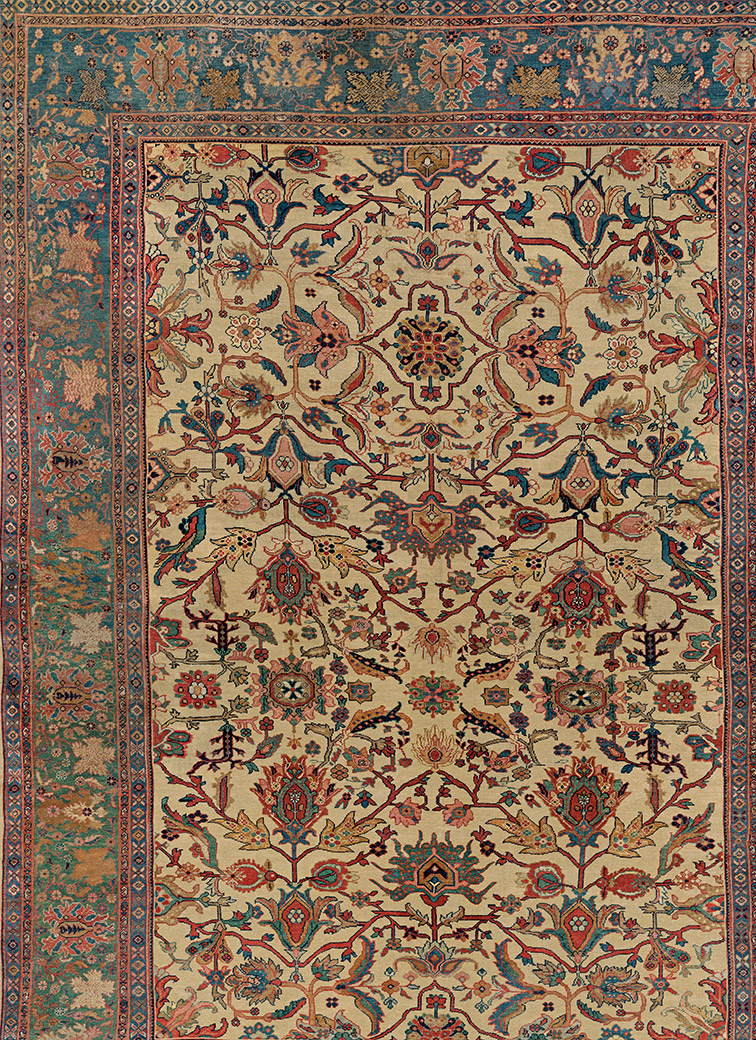 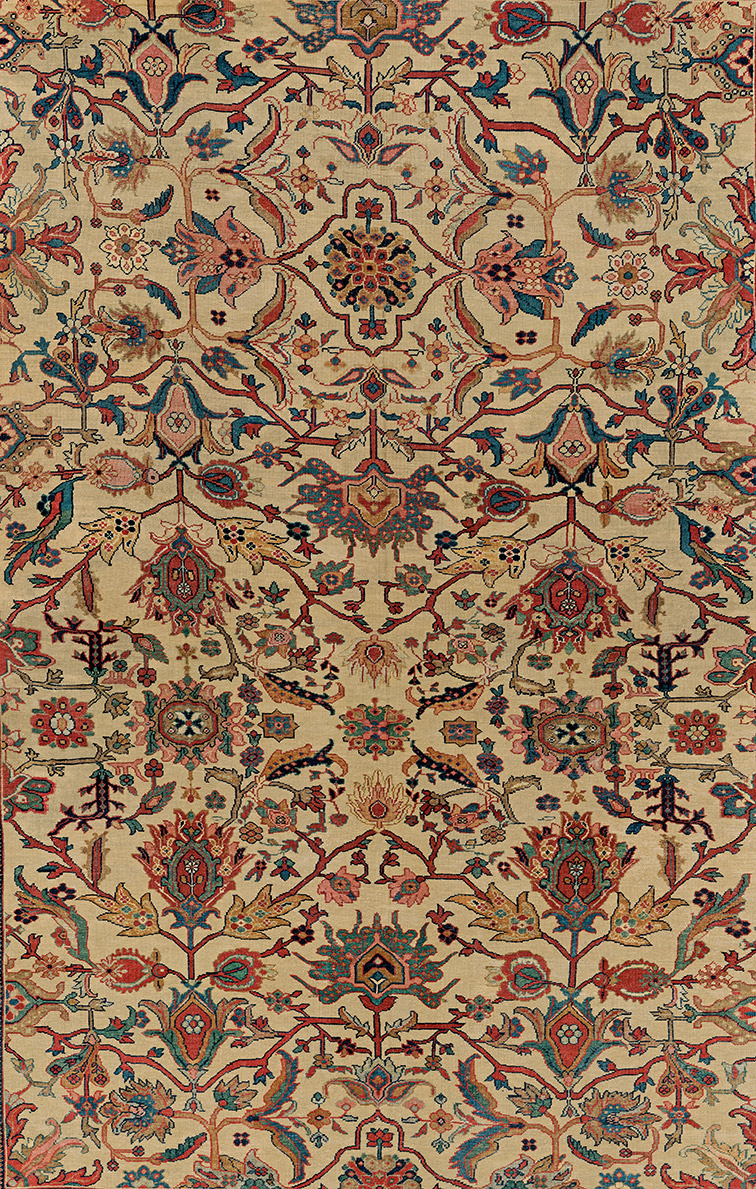 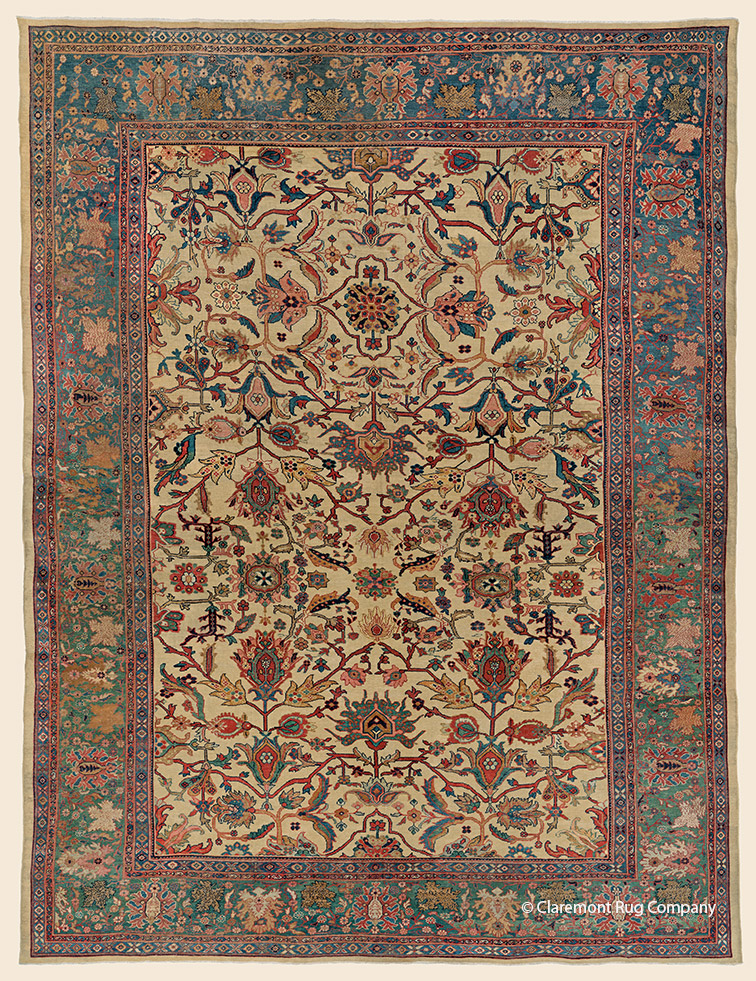 (High-Collectible) ("Featured in our new print catalog") This entrancing Ivory Sultanabad carpet achieves a sumptuous contemporary allure through a graphic, botanical format and unfolding virtuoso color drama. Its expert managing of the stylized, multi-scale design with its bountiful floral elements and spectrum of exotic, perfectly harmonized hues reflects this "Town" Persian rug type at its most triumphant. A serene, softly gold-tinged ivory field energizes the woolen "canvas," presenting bustling arrays of unique polychrome blossoms and tendrils that create different organic shapes out of the negative space. A great sense of expansive movement is present as the design proceeds "off frame" behind the borders. This artistic technique conveys the pattern as eternally perpetuating into infinite space. The intentional offsetting of the field pattern is another technique that adds animation. Find any point within the field design and note where it appears again in the rug to appreciate the adroit command of the hidden repetition. Exemplified in this piece is the broad palette of sublime mid-tones that is this style's artistic hallmark, seen most often in the oldest Sultanabads. This attribute and the infrastructure to weave very large rugs established Sultanabad's popularity in European and American markets. A shimmering primary border crowns this oeuvre with deftly shifting shades from emerald green at the bottom to cerulean, washing over the artfully rendered flora reminiscent of an underwater coral reef. Extraordinarily, the carpet remains in very good condition. 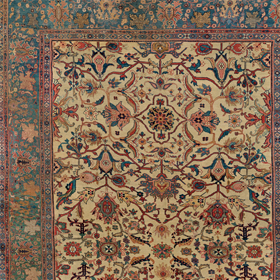