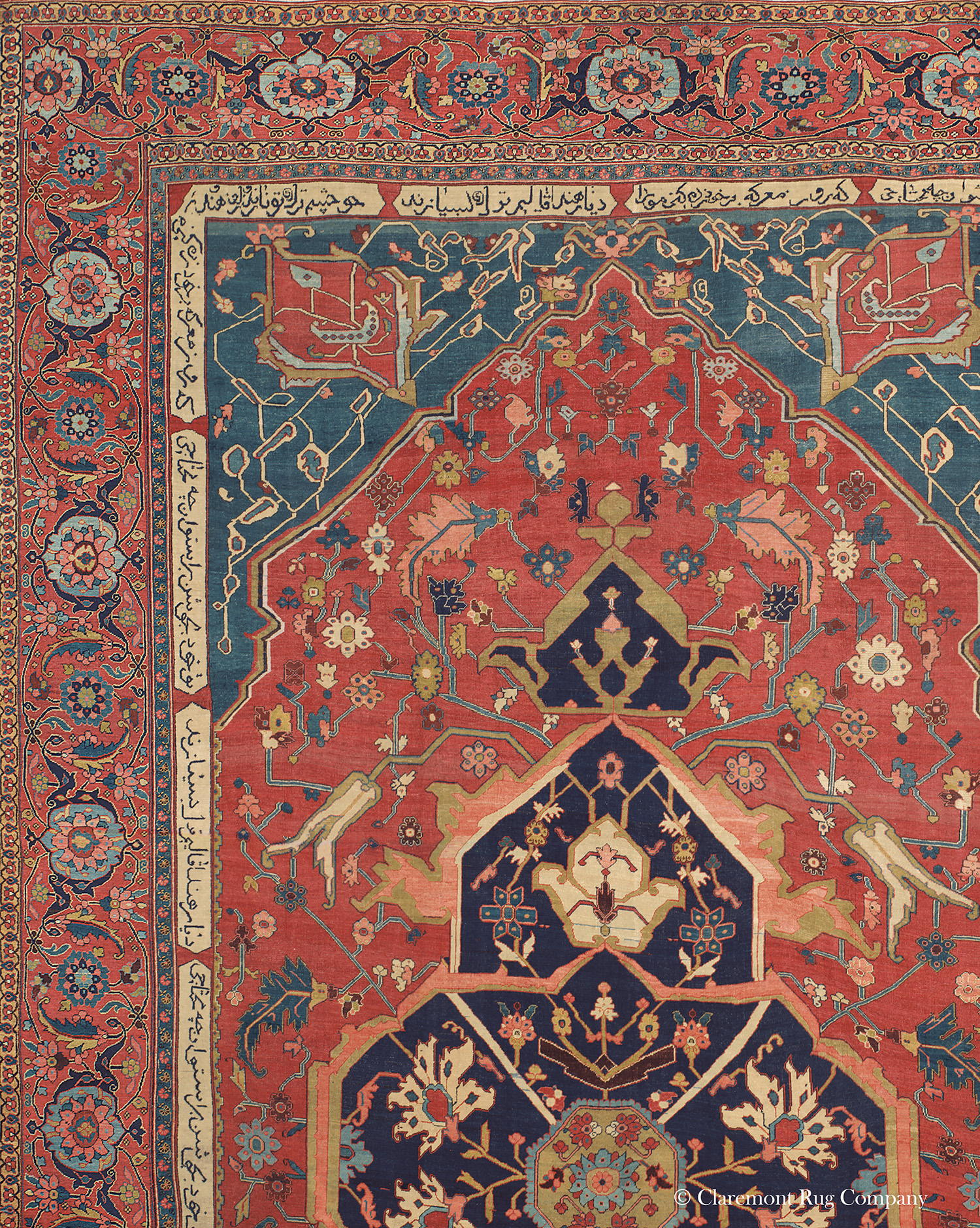 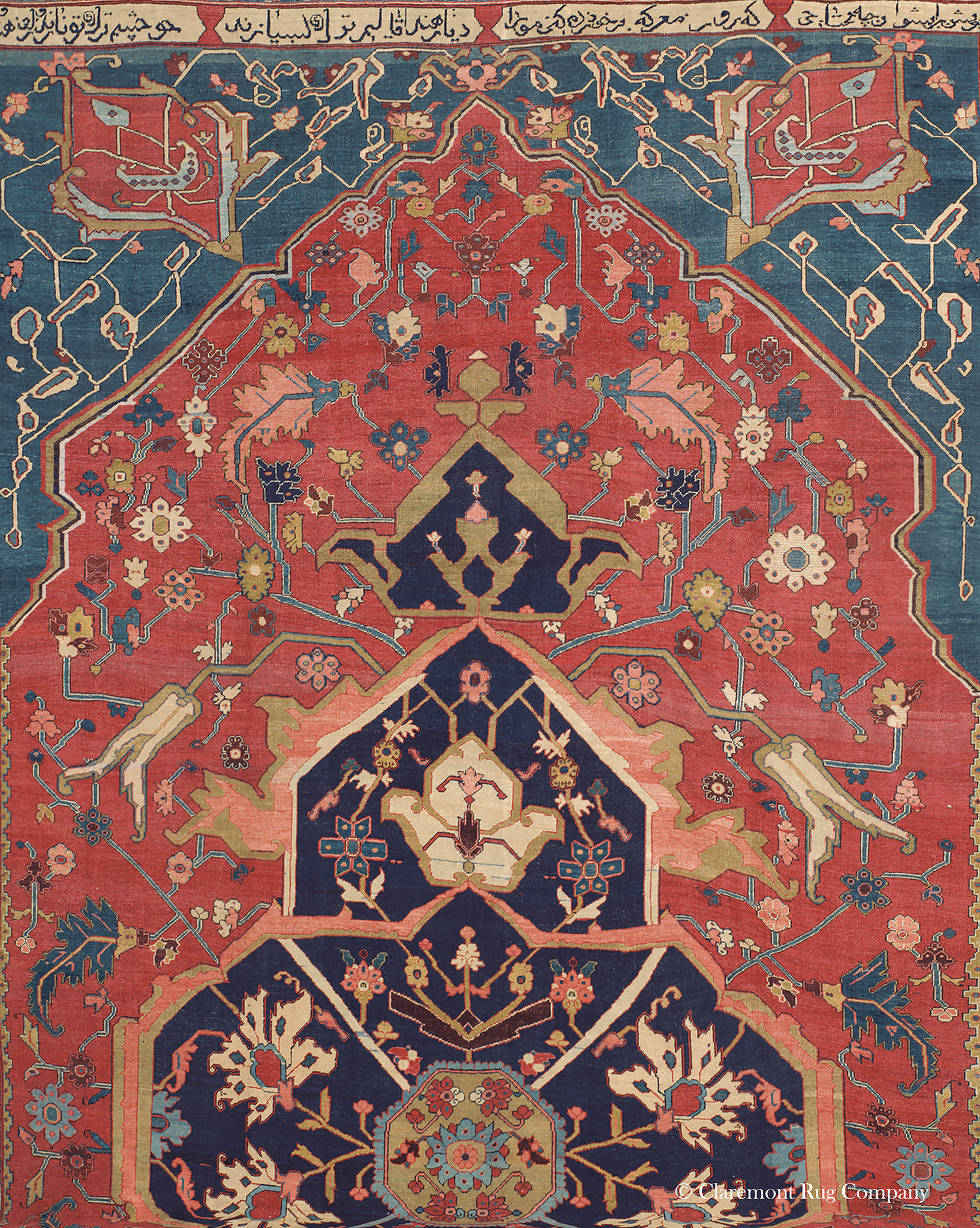 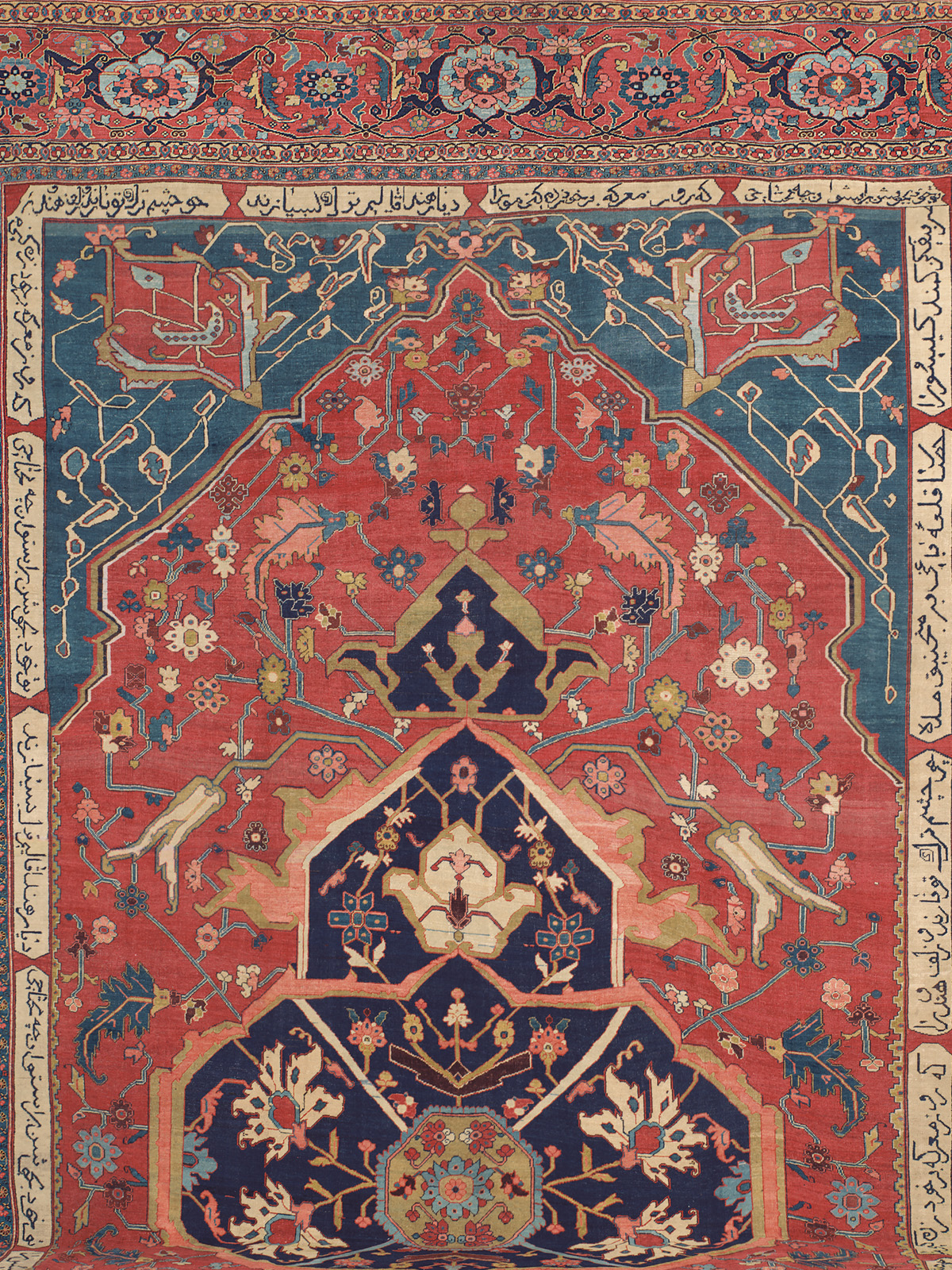 (High-Collectible) ("Best-of-its-Type Sold in 2019) The traditional Serapi design was made for the palace size format, for its large, angular spandrels and commanding medallion are large as architectural features. This example is a tour-de-force of the grandeur and elegance that this style occasionally offered, most often on commission for a major client. The signature Serapi color palette of sunset reds and aquamarine blues creates the basis for a visual symphony where spaciously placed blossoms and naively rendered vinery move the melody along, while secondary gold, pistachio, tea rose hues play their own parts. In this masterpiece, fluidly scripted calligraphy adds another amazing layer in a series of ivory cartouches framing the field. The classical Shah Abbas border design, magnified like the rest of the rug elements, is beautifully, flowingly portrayed, heightened by almost constant abrash striation in the blues. Learn About This Rug Type 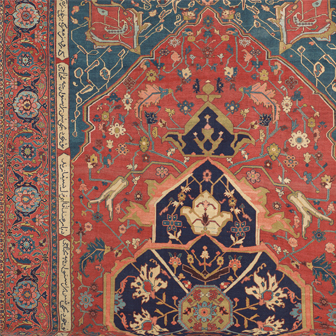