Search Our Inventory / All Rugs / FERAHAN SAROUK 6' 8" x 10' 3" We include a full exchange policy on every purchase. 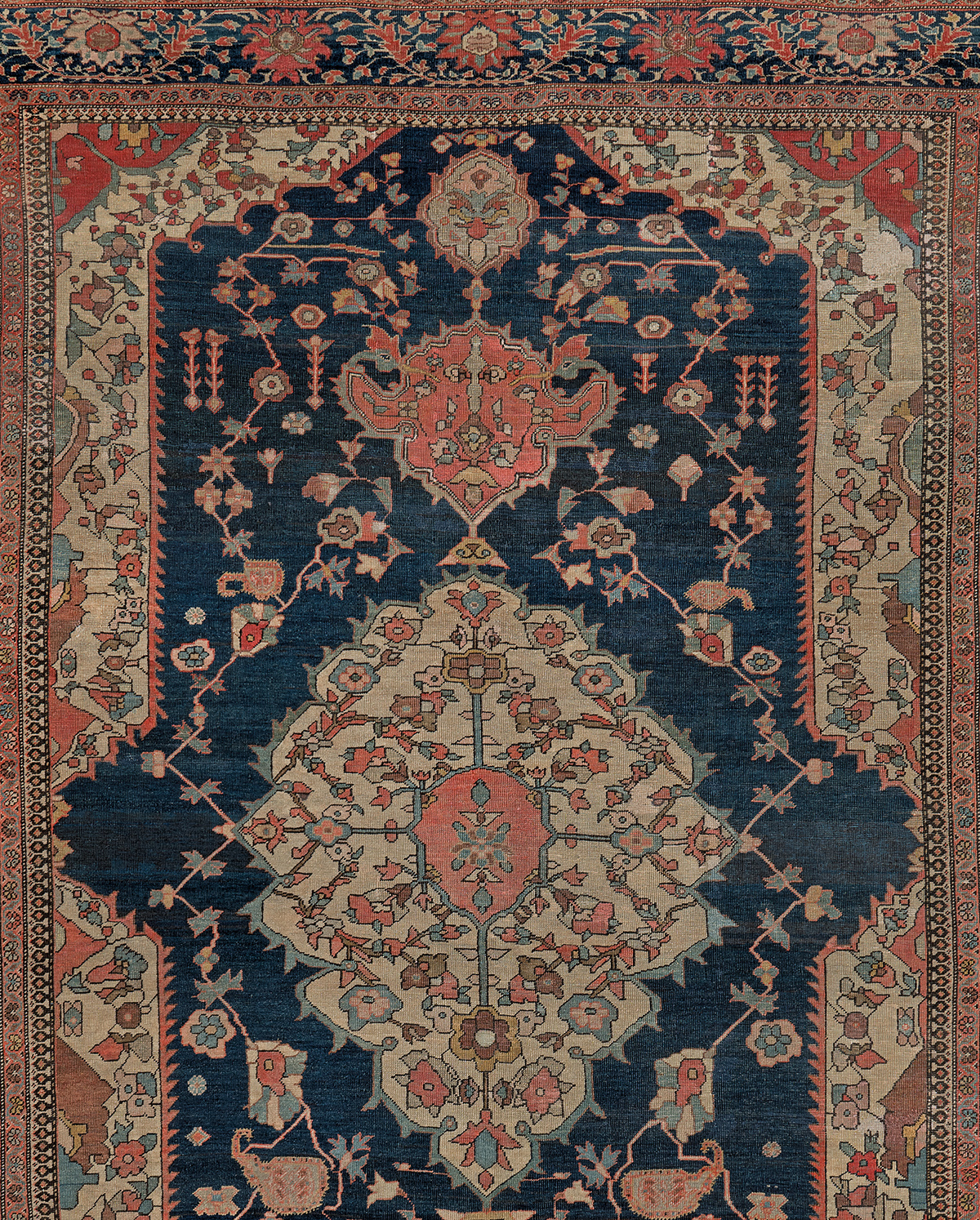 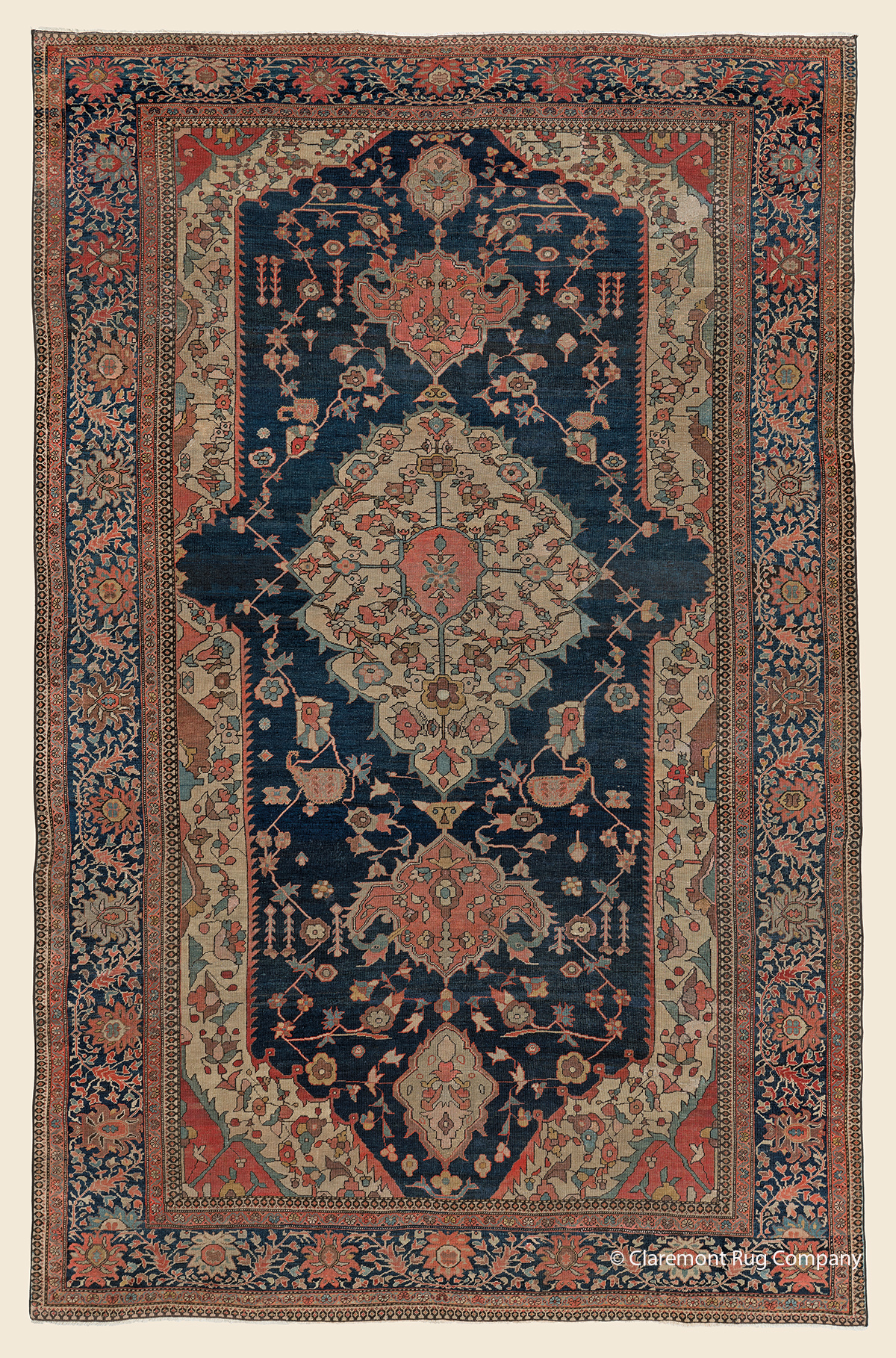 (Connoisseur-Caliber) This is a quite early example of Ferahan Sarouk mastery, stemming from mid-19th century. Against an elegant, elongated field, its exotic medallion consists of five ascending lobes, which like all of the motifs throughout this highly creative piece, are of a singular character. Scanning the motifs across the midnight indigo field and ivory surround reveals that the rug's weavers artistically reinvented all of the patterns each time they are drew them. The weavers were masters of color-combining as well, who employed a wide palette of surprising naturally dyed colors, including the coral-hued pendants and the varying tones of celadon green, plum, cocoa and powder blue throughout the body and borders. 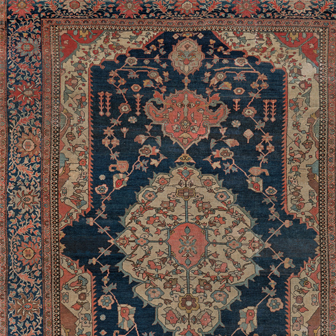