Search Our Inventory / All Rugs / ISFAHAN VASE RUG 4' 9" x 6' 10" We include a full exchange policy on every purchase. 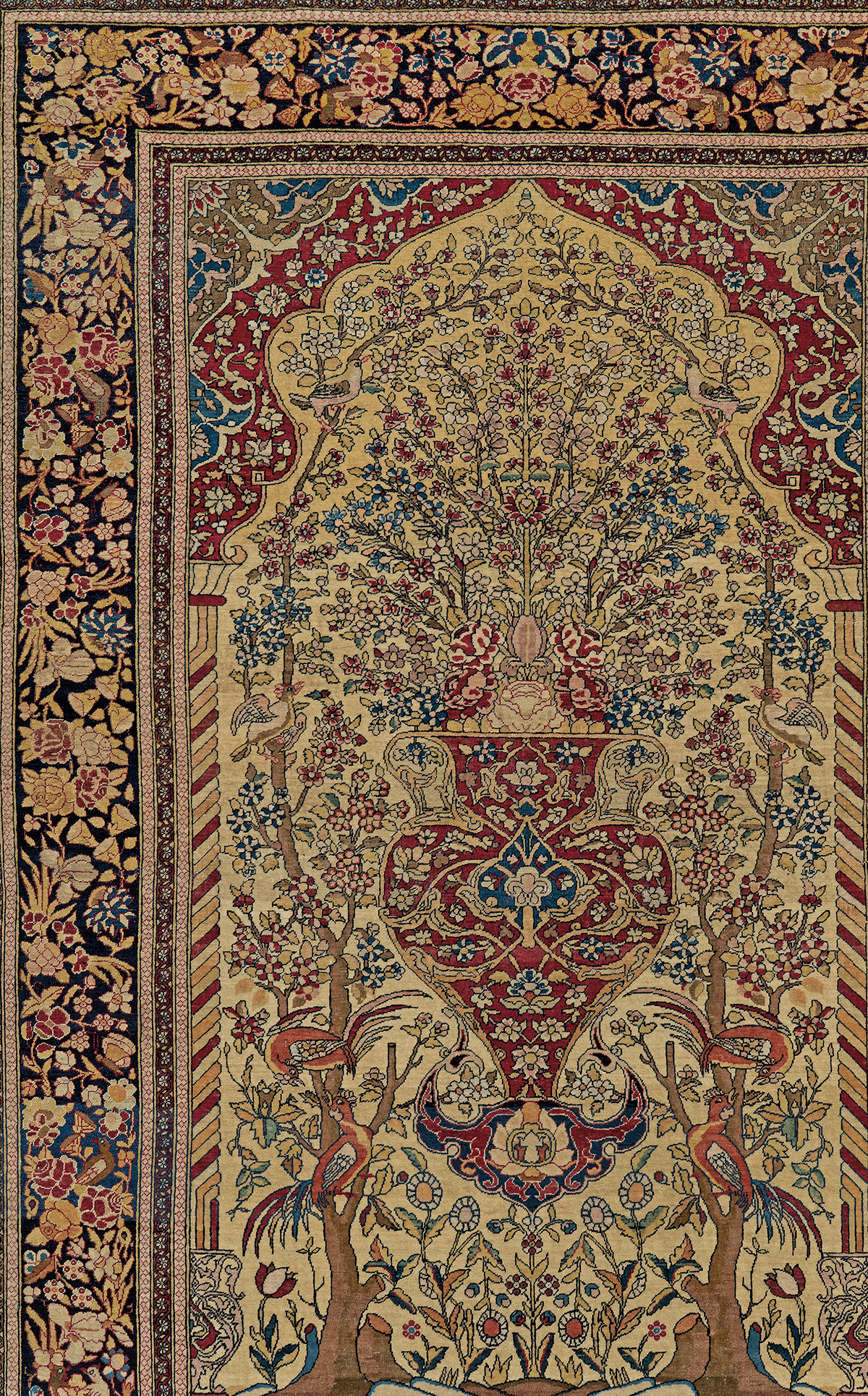 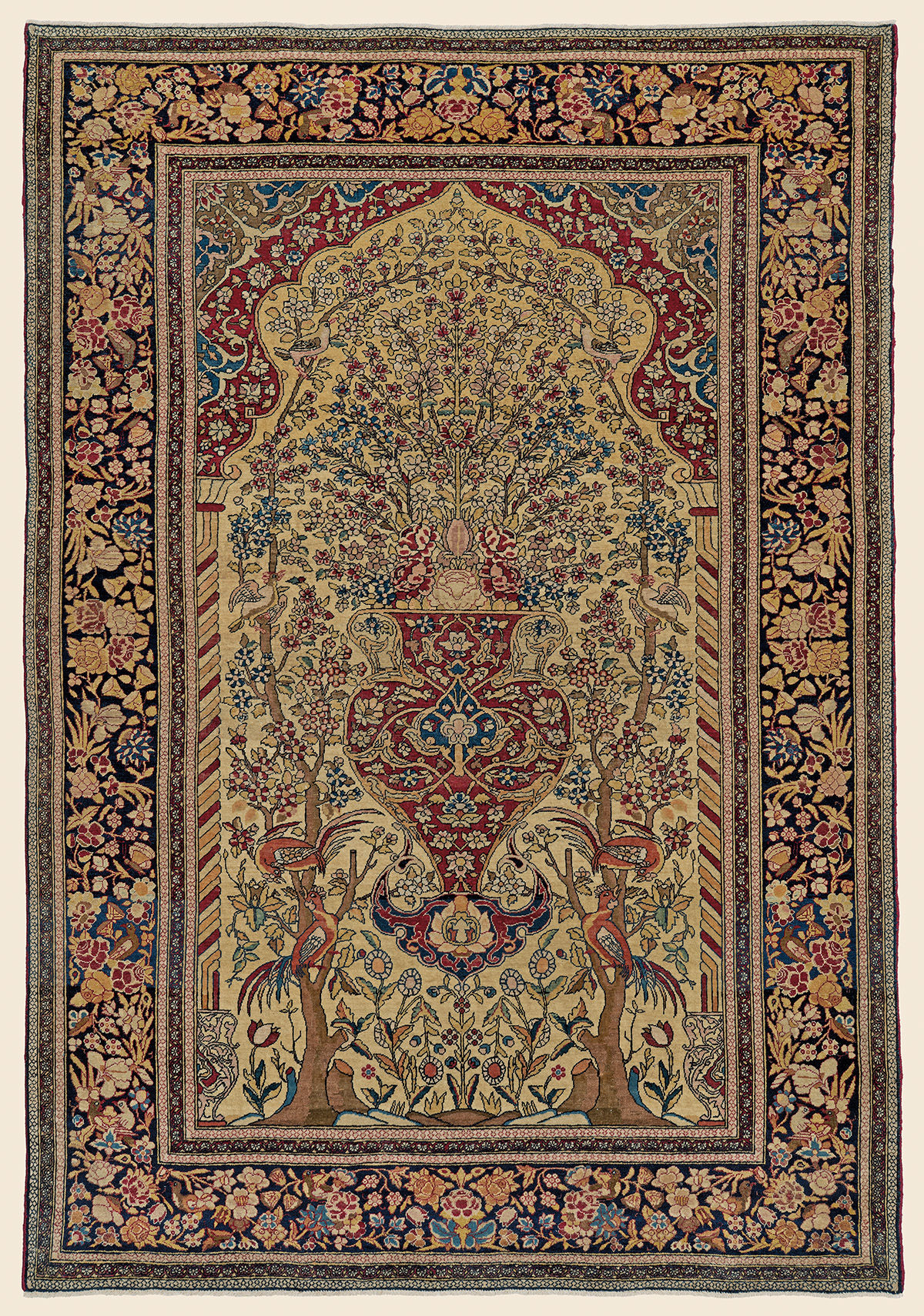 (Connoisseur-Caliber) From the city that was the 16th century capital of the Safavid dynasty where the Persian floral carpet was created and reached its heights, this Isfahan conveys an ambiance that is both exotic and magical. Levitating at the center of the arboreal scene, a grand scale ruby red vase exuberantly overflows with pinpoint blossoming boughs. Fanciful vase-borne columns hold aloft a gracefully scalloped arch that harbors exotic birds with eye-catching plumage. An incredible display of vegetally sourced golden hues abound, the foil to equally magnificent copper and garnet, sapphire, rose, celadon, spruce green and midnight indigo that populate this inimitable portrait of paradise.