Search Our Inventory / All Rugs / SEICHUR KUBA 3' 0" x 4' 6" We include a full exchange policy on every purchase. 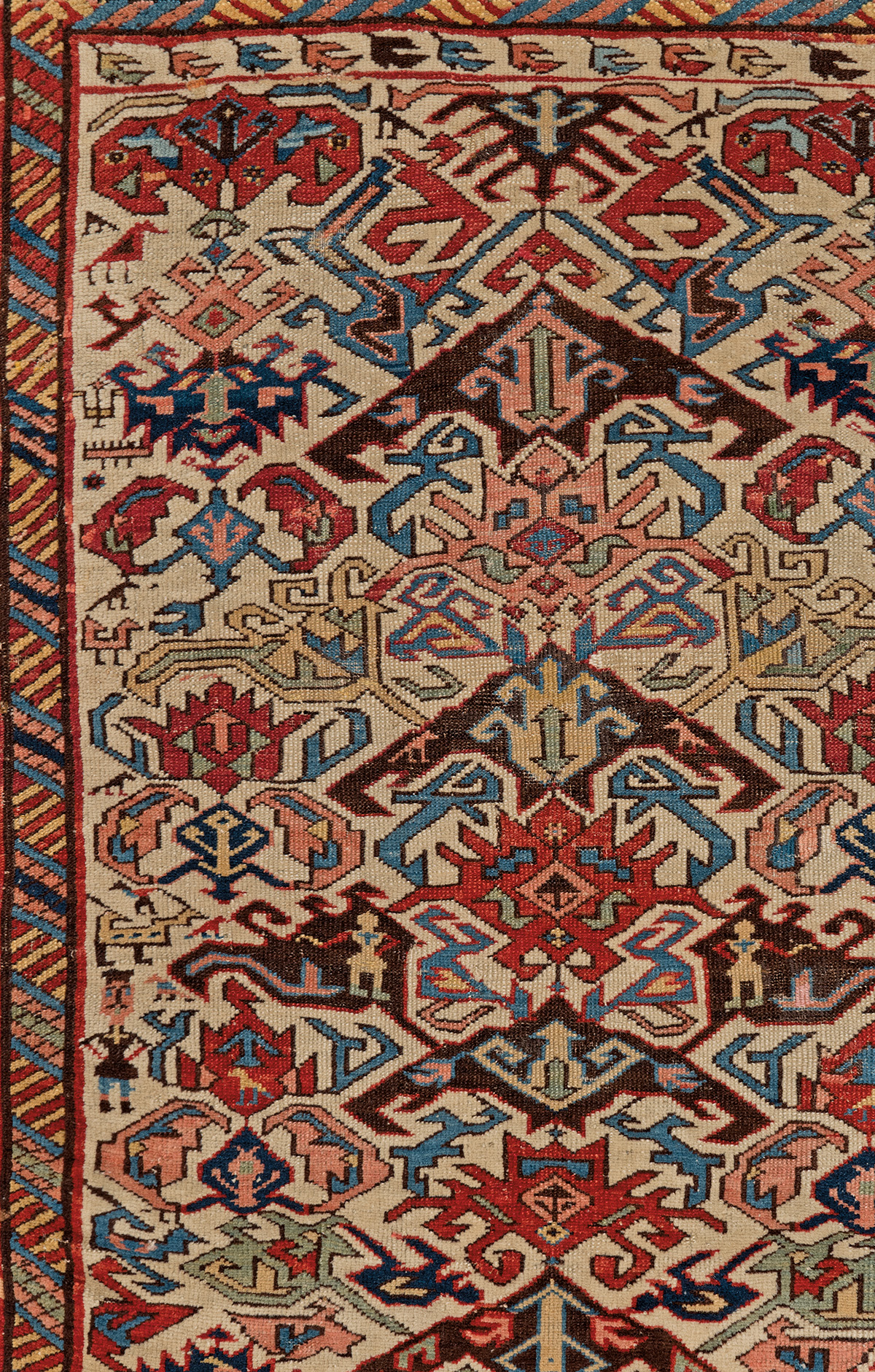 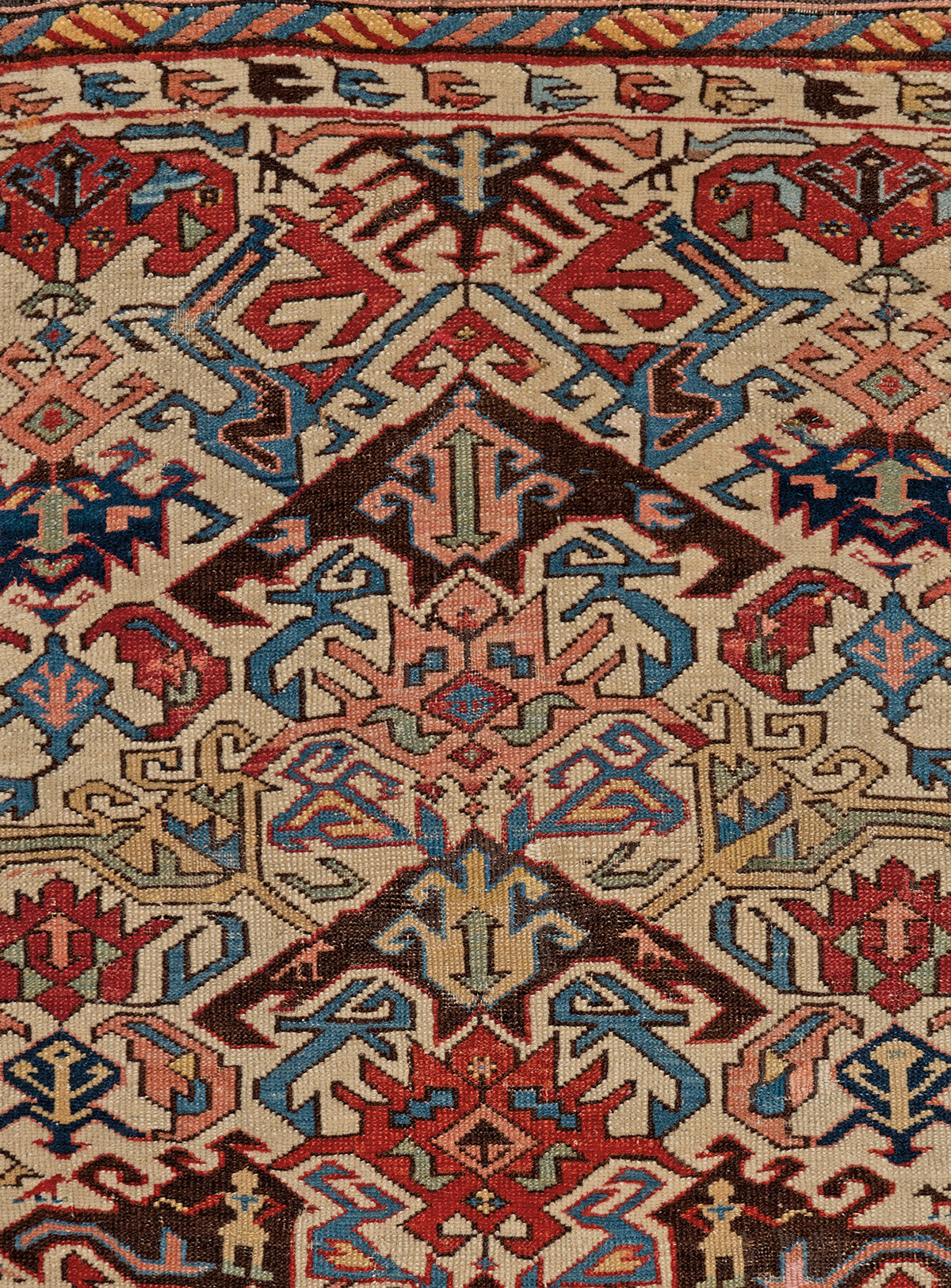 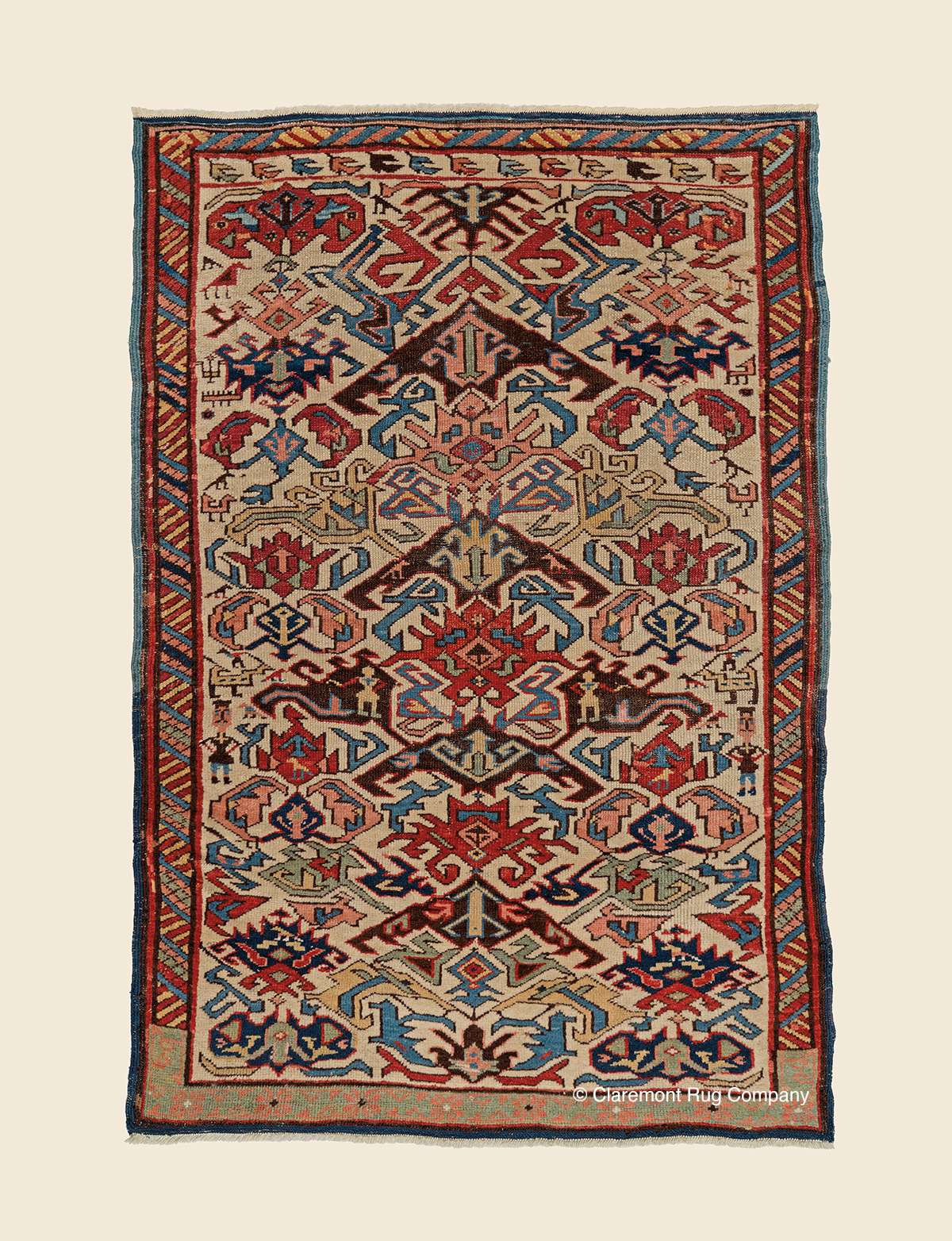 (High-Decorative) This captivating, totemic Seichur Kuba presents motifs that trace a direct line to the most archetypal and inspired early Caucasian weavings. Offered on an aged ivory ground, enigmatic winged motifs ascend through the center while ancient split palmettes intermingle with crab designs to striking effect. These heavily abstracted tribal symbols are joined by naive birds and animals, as well as two hands-on hip female portraits and two mustachioed male figures close. This little rug's border treatment including the secondary, leaf-filled band at its top indicate this is far from, much more personal than a workshop piece. Aficionados will find much to delight in the range and clarity of this rugs energetic, expressive color palette and its very good condition. Learn About This Rug Type 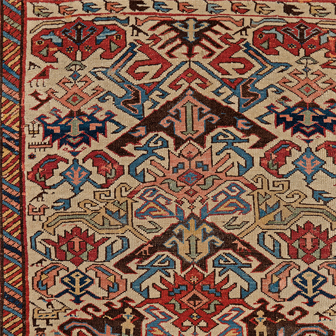