Login & Wish List
Search Our Inventory / All Rugs / SEWAN KAZAK 5' 4" x 7' 0" We include a full exchange policy on every purchase. 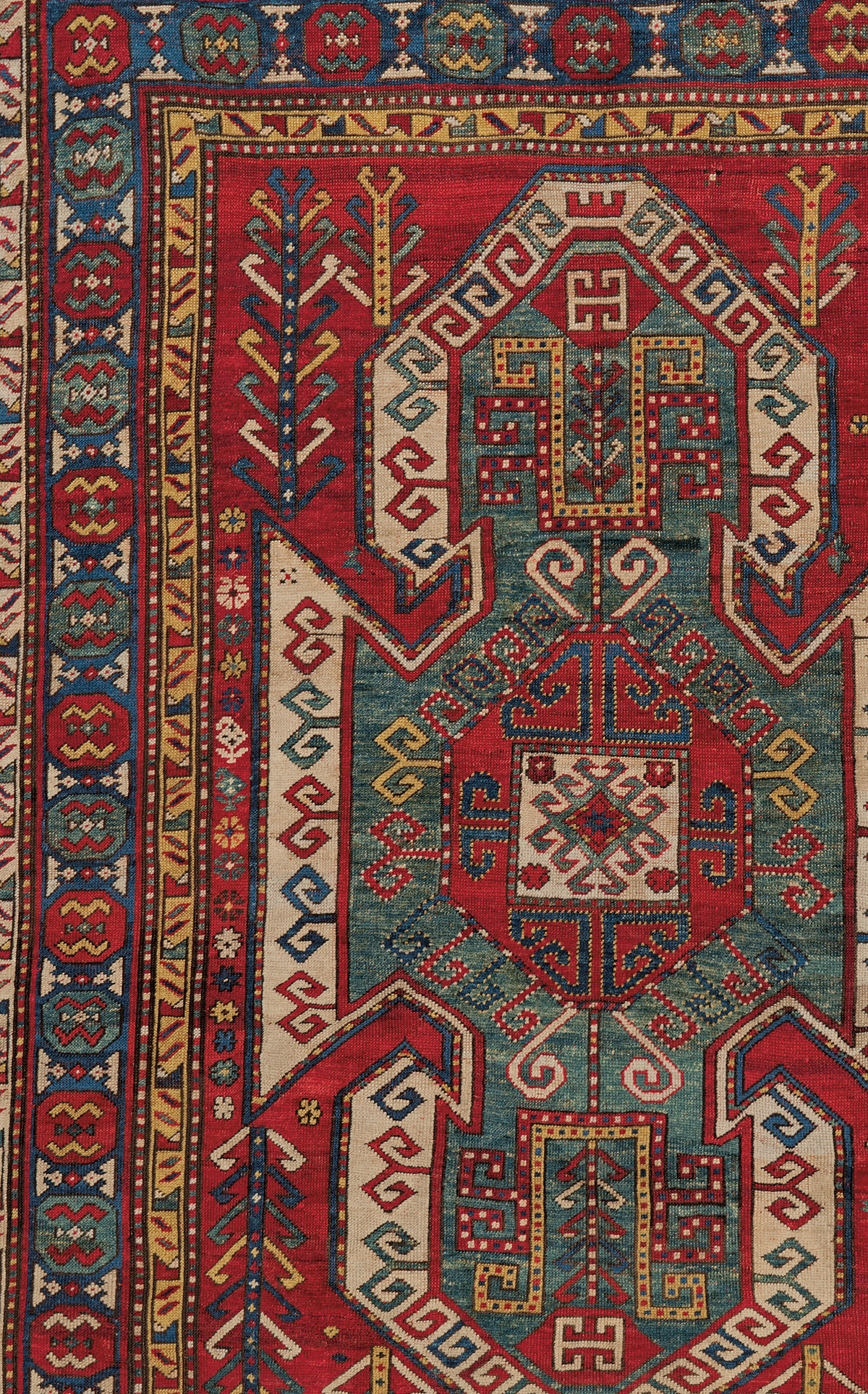 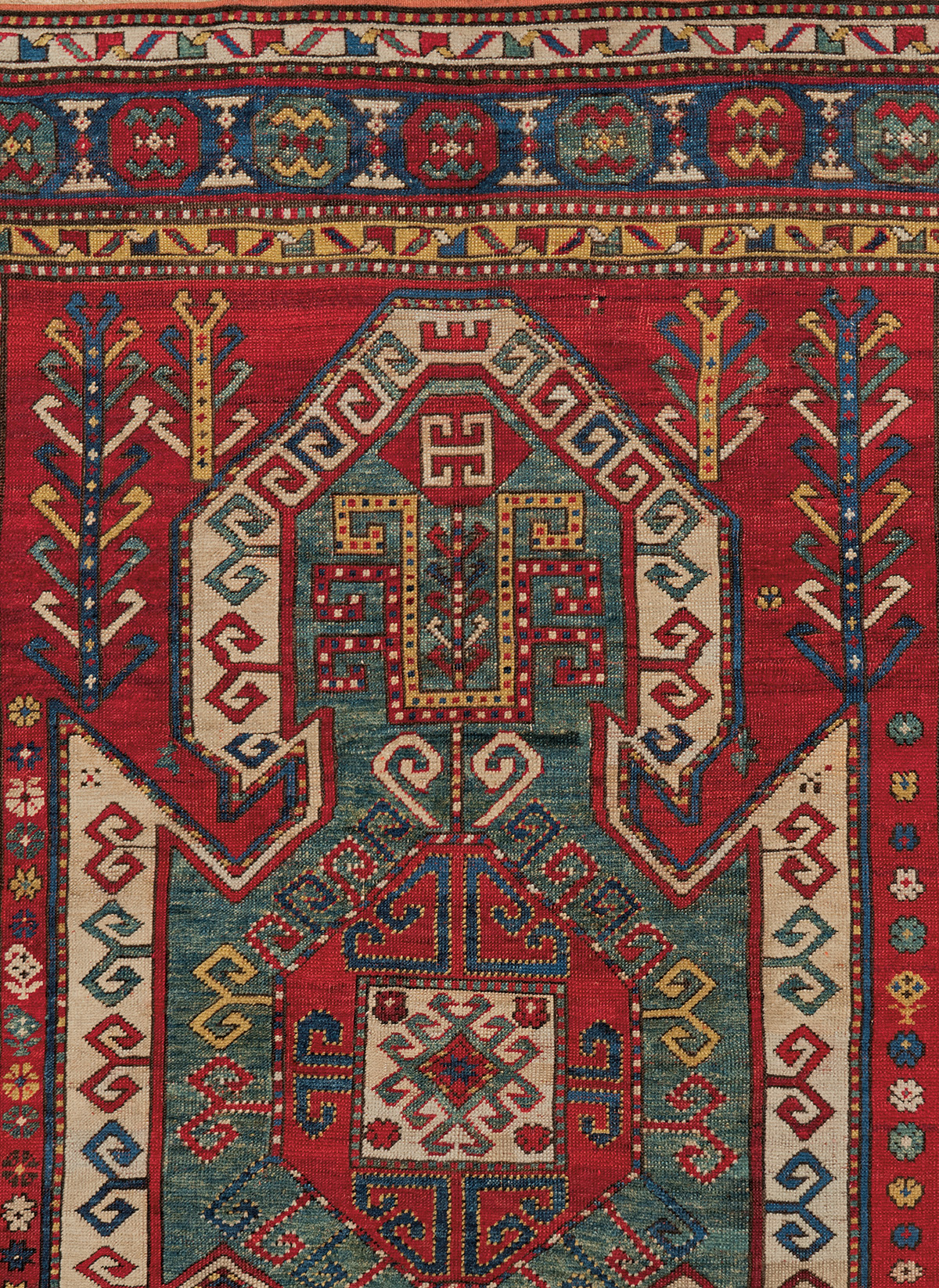 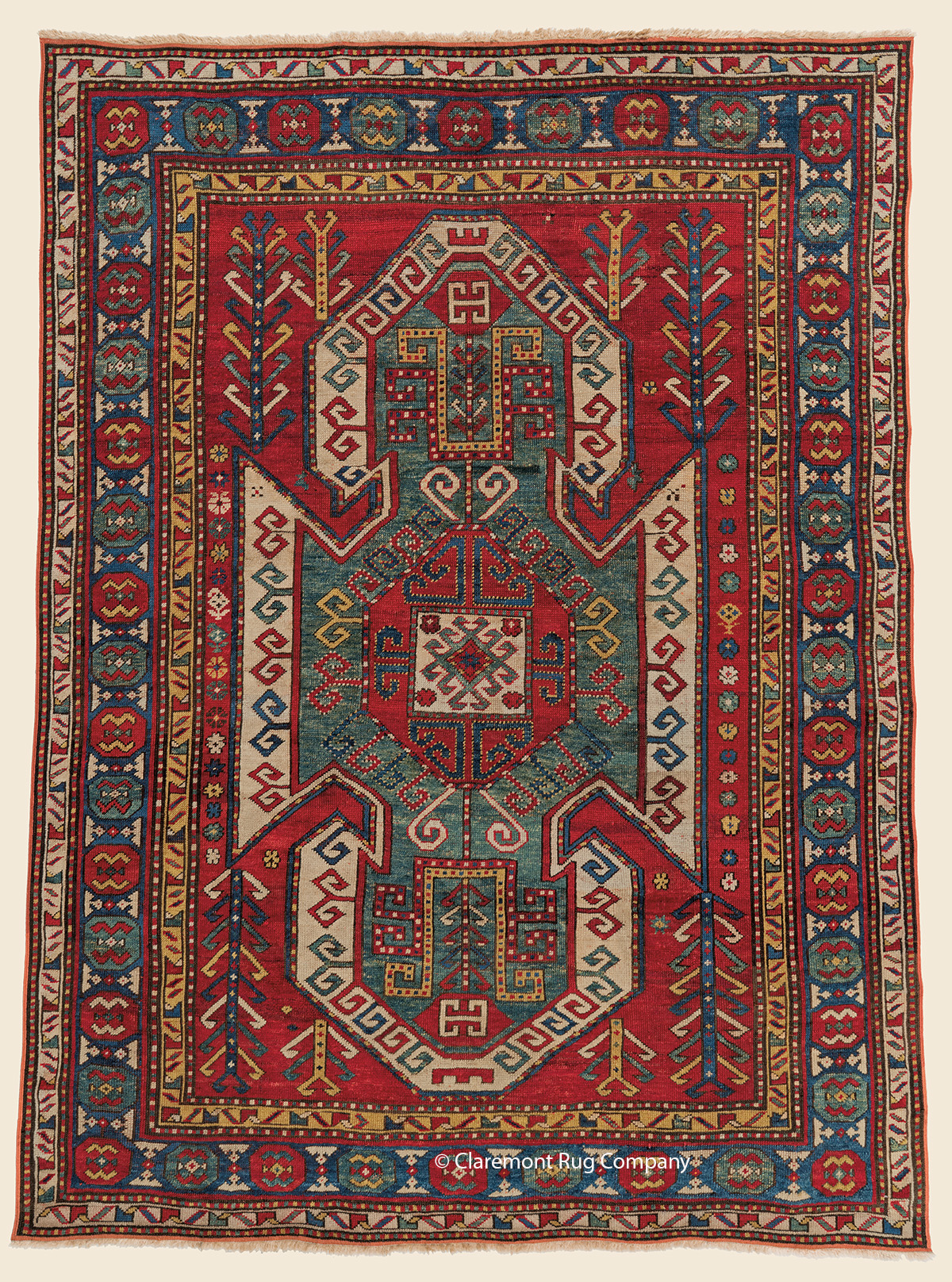 (Connoisseur-Caliber) Seldom do we experience such a superb early Sewan Kazak, its grand shield center medallion and supporting tree forms rendered as they were intended to be, with evocative nuances of both pattern and colors, the delicate balance between secondary and prominent motifs, between Yin and Yang, creating a celestial harmony. The complexly brewed natural colors of the master dye makers have a deeply emotive character, especially when they have been seasoned over one-and-a-half centuries, radiating in umpteen, slightly differing shades, seen here most profoundly in the precious mid-range greens contained in its medallion and the luscious brick red of the surrounding field. This is a wondrously preserved, entirely authentic work of tribal art that is destined to bring its new owners a lifetime of deep gratification, a gift it has undoubtedly given to many owners before.