Login & Wish List
Search Our Inventory / All Rugs / KURDISH RUNNER 3' 8" x 16' 4" We include a full exchange policy on every purchase. 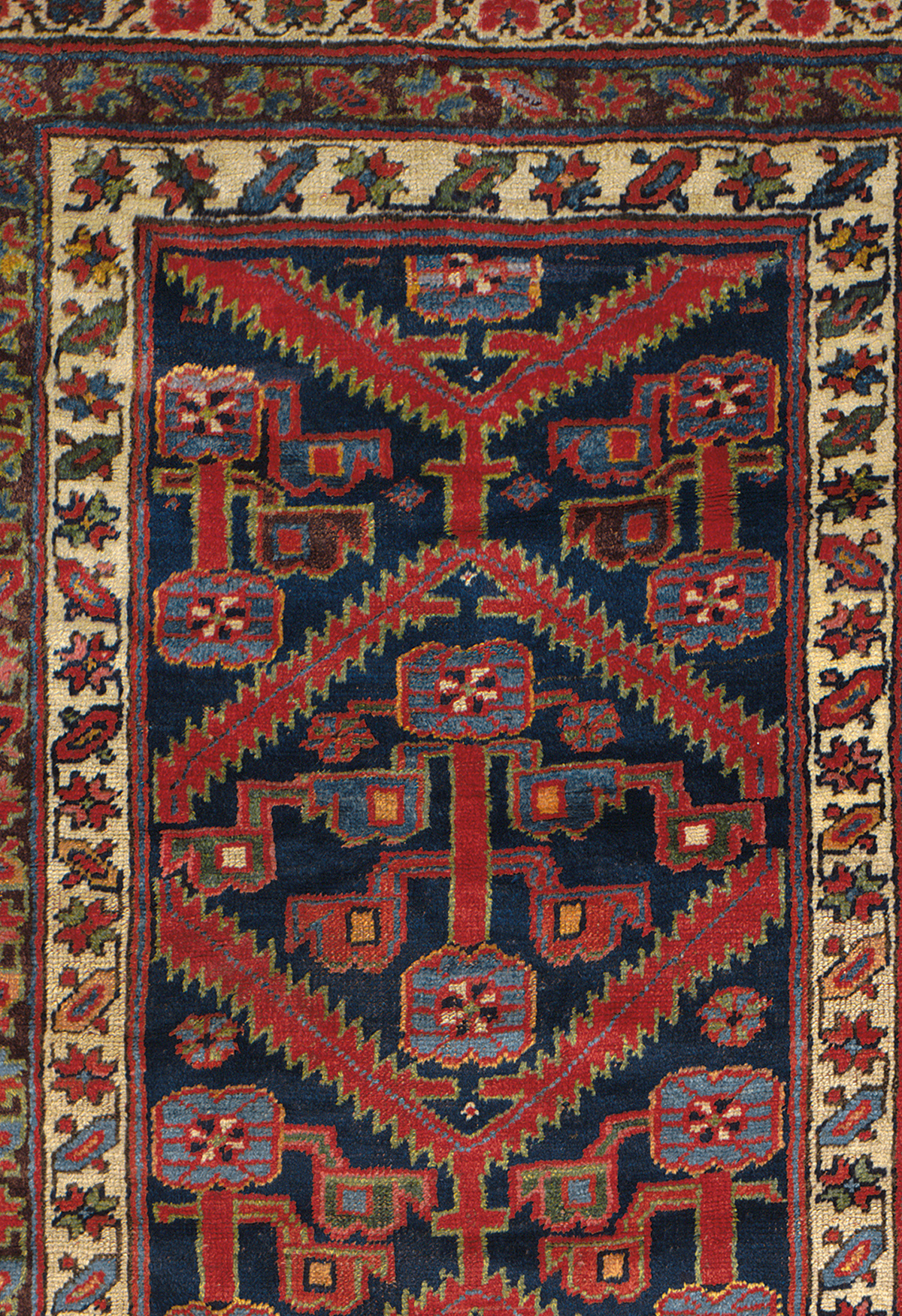 (Connoisseur-Caliber) The Kurds are an ancient Persian tribe inhabiting a multi-national area and renowned far and wide for their inspired, eclectic rug-making traditions. This superb antique Kurdish runner delights its viewer with a playfully eccentric folk art field design, presenting a charm and aliveness that can only be captured by free-spirited hand weaving. Drawn with crisp clarity and varied individuality, rhythmic serrated leaf hexagons envelop repeated, slightly botanical, colorful shrubs continuing beyond the top border, an expression of tribal people over 130 years ago directly connected with the infinite cycles of life. A sense of depth is captured throughout in softly abrashed jewel tones such as carnelian, jadeite, bronze, and deep blue topaz. A very well-preserved 19th-century runner of such original character is a wonderful find indeed.