Search Our Inventory / All Rugs / FACHRALO KAZAK 4' 5" x 7' 8" We include a full exchange policy on every purchase. 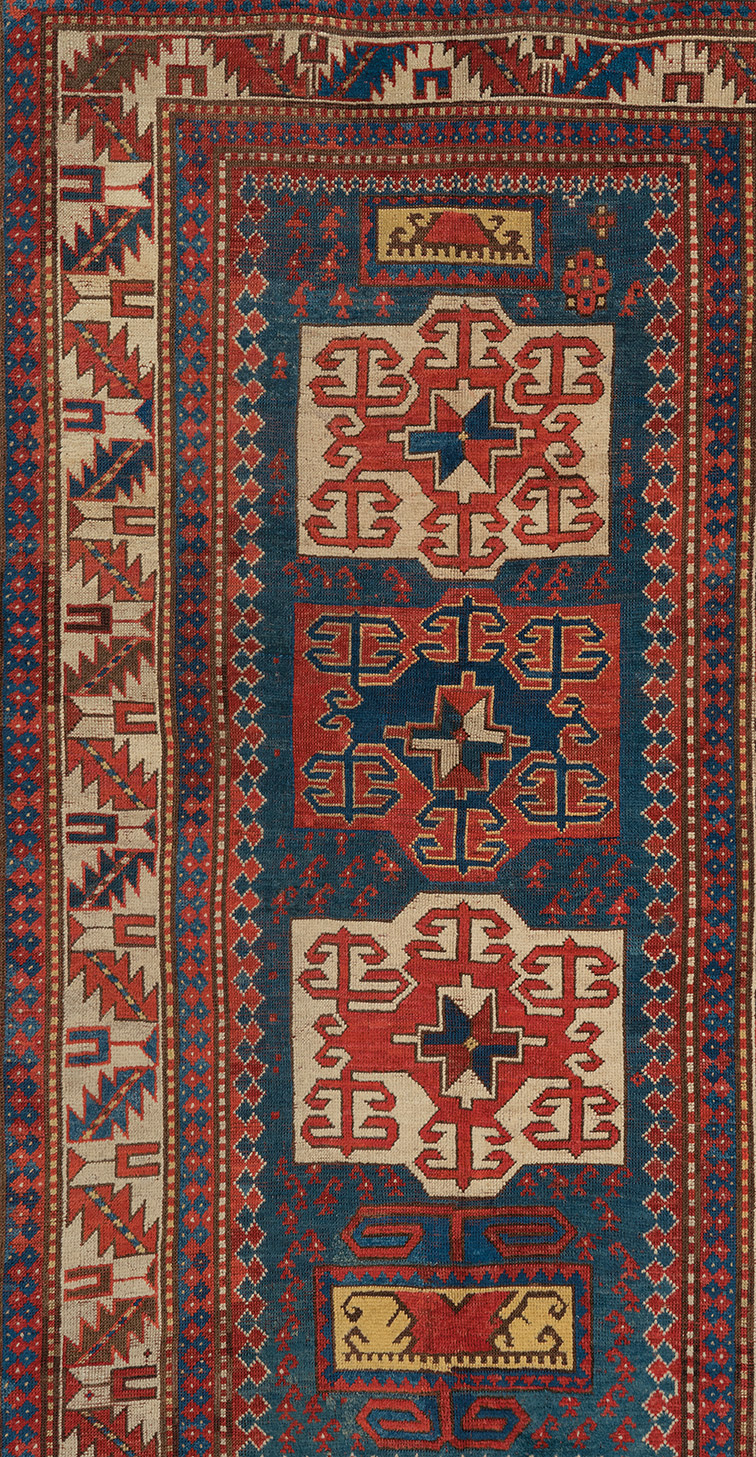 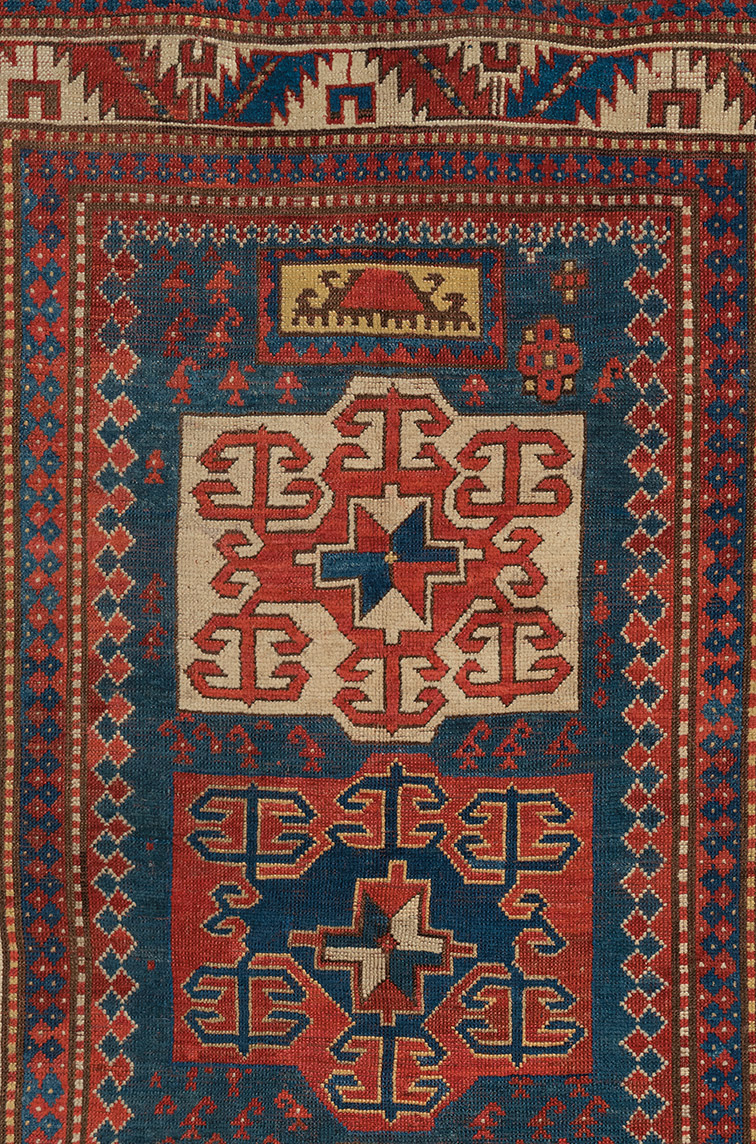 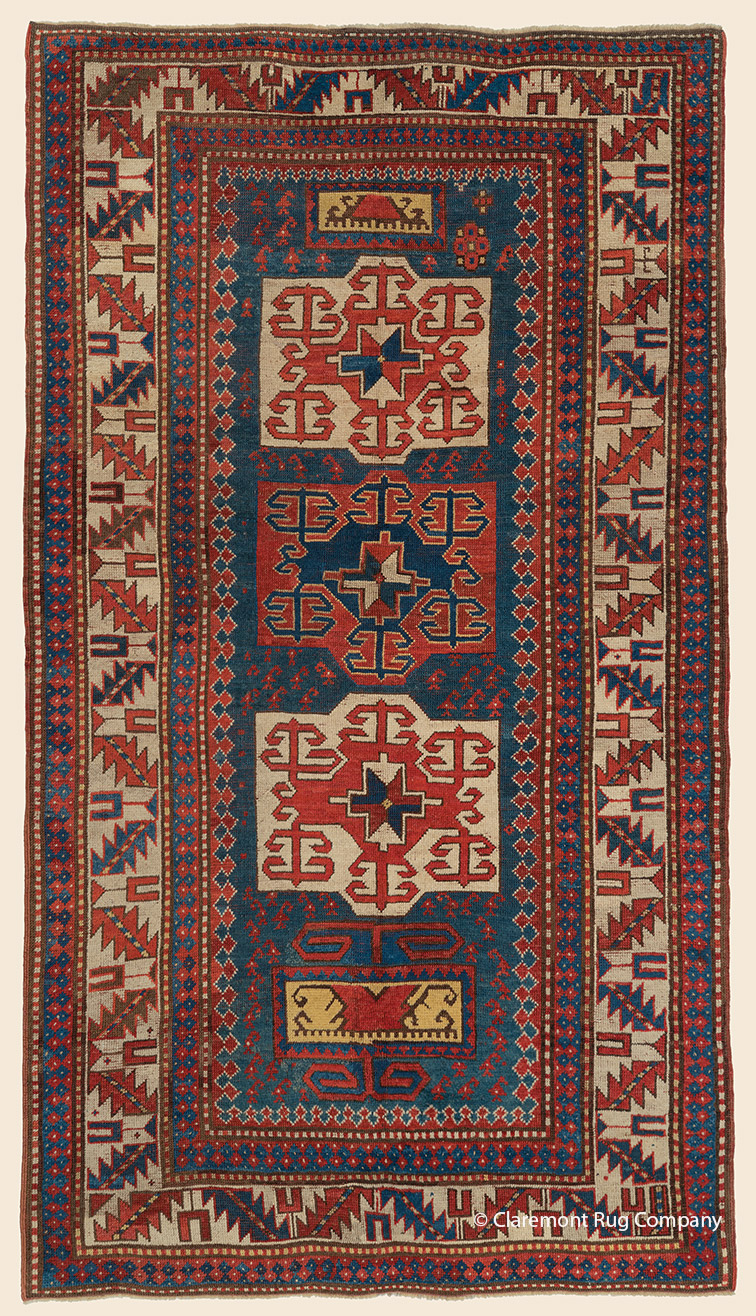 (Connoisseur-Caliber) This remarkably conserved Caucasian artifact is almost assuredly a nomadic work, profoundly more rare and magical than later Fachralo Kazaks woven in sedentary villages or workshops. The freehanded spontaneity employed by its weaver is apparent in delightful zones of asymmetry experienced throughout the composition. Its individually drawn rendering of traditional motifs is a welcome departure from the often more elaborate pattern language of younger counterparts, such as unpretentious medallions that are notably open and spacious. This trio is surrounded by a contingent of sprouting boteh seeds that appear to have eyes and legs, like animated tiny red mushrooms on the march. Their differing sizes give the impression of advancing and receding into the background. The entire kinetic scene appears to have a conveyor-like vertical movement. This rug's palette shows tremendous maturity of color only found in 19th-century pieces.