Search Our Inventory / All Rugs / GENDJE 3' 9" x 6' 0" We include a full exchange policy on every purchase. 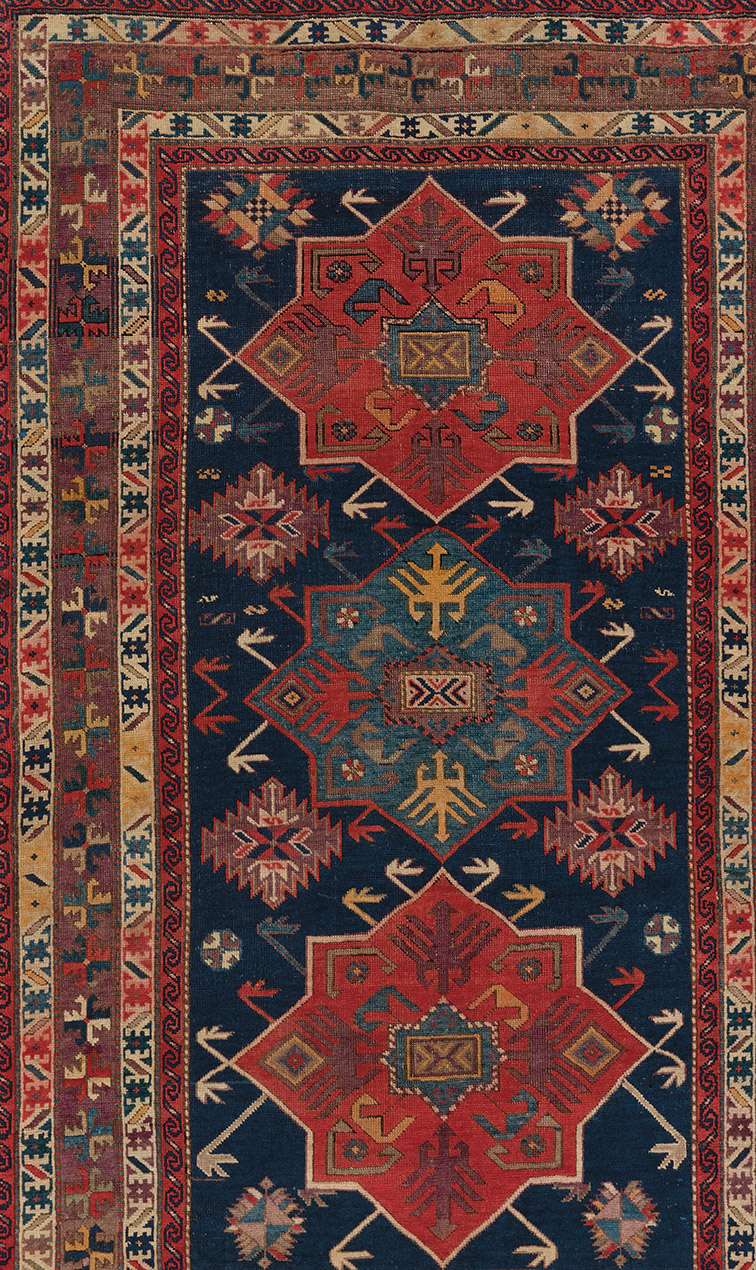 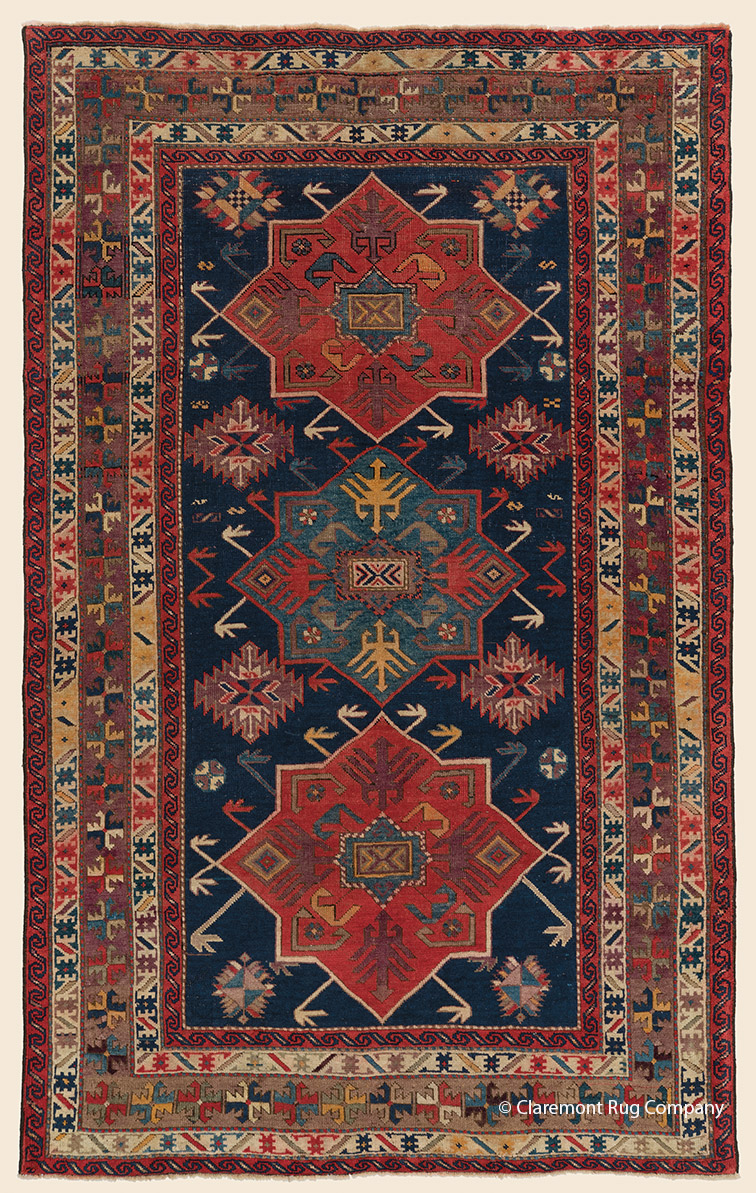 (Connoisseur-Caliber) ("New Arrivals Gallery") Woven in the western foothills of the Caucasus mountains over a century ago, this masterfully totemic Gendje reveals an unusually captivating expression through a rarely seen pattern language for its type. Precisely drawn triple octogram star medallions descend the center axis, each containing miniature versions of themselves surrounded by many esoteric shapes. The superb draftsmanship continues into the indigo field through a series of orderly secondary motifs. A quartet of ashik emblems, known since the Bronze Age, surround the central star, accompanied by sun wheels and eccentric flowerheads near the top. Its fascinating out-of-the-ordinary color palette includes precious Tyrian purple tonalities. This murex snail-derived hue was considered the most special since Phoenician traders brought it to the broader world in ancient times. Singularly syncopated border frames brilliantly complement this unusual piece, juxtaposing tighter energetic patterns to the spacious interior. The lustrous high-mountain wool pile has been retained at an even, medium height relative to its original closely clipped state.

Read a Summary of Caucasian Rugs