Search Our Inventory / All Rugs / ZIEGLER SULTANABAD 8' 8" x 12' 3" We include a full exchange policy on every purchase. 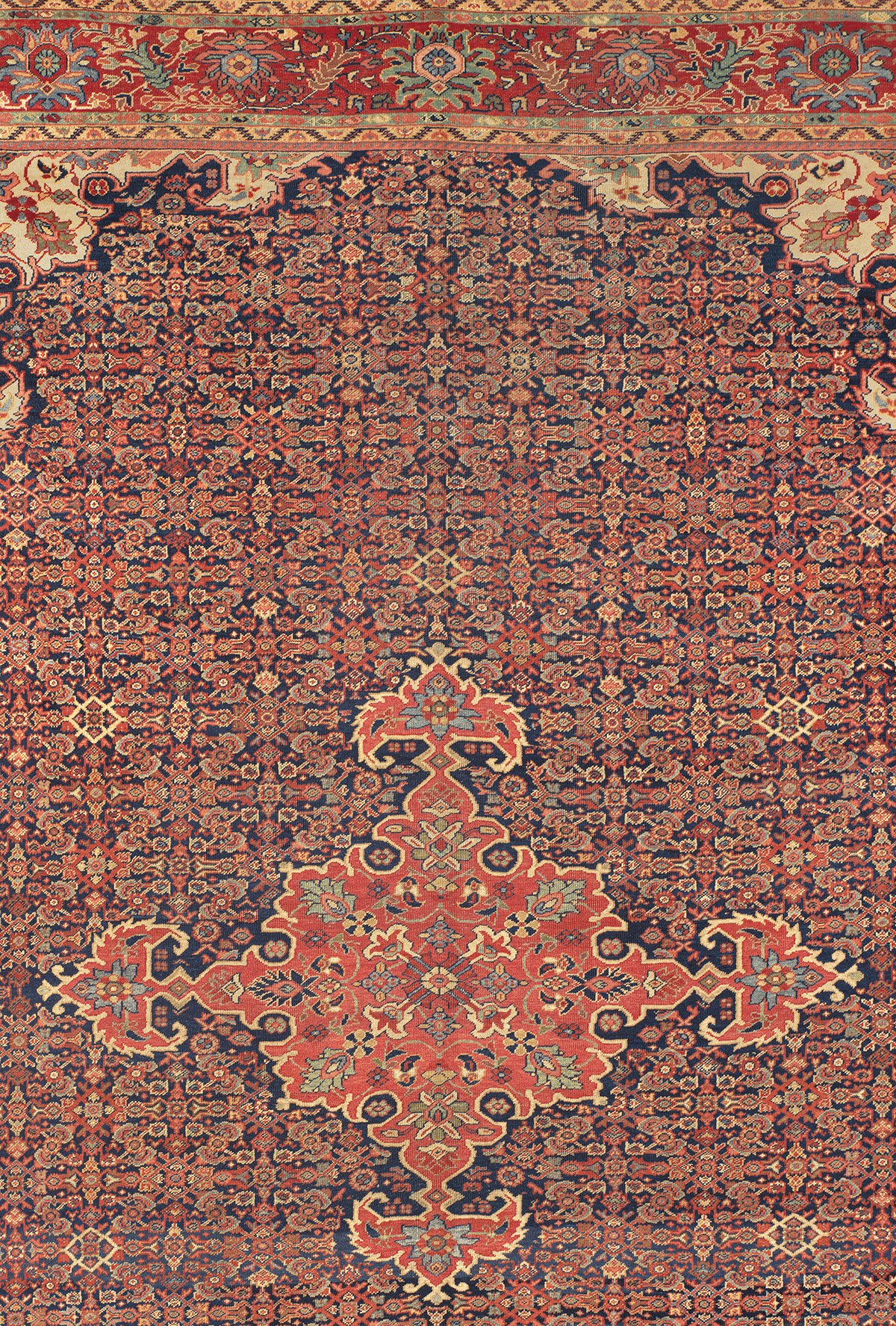 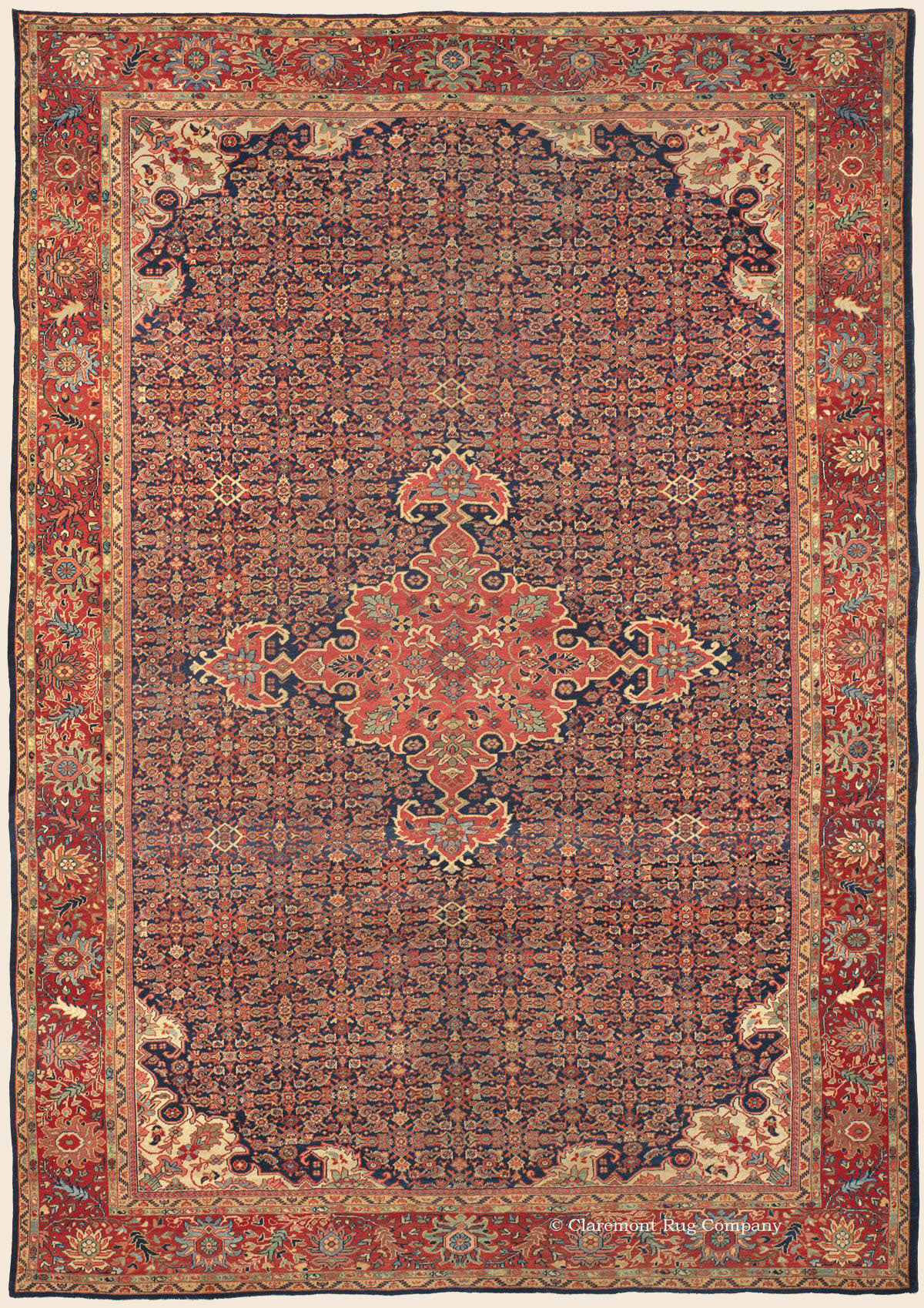 (Connoisseur-Caliber) This late 19th century Sultanabad carpet offers a sumptuous, wide-ranging, deeply saturated, naturally dyed palette with a rich patina, which illuminates each intricacy of its fascinating, chiseled design. Exceptionally nimble Herati tile work patterning surrounds a graceful shield-form medallion in this exceptionally refined representative of the rugs woven in Persia under the auspices of the esteemed Ziegler firm from Manchester, England. An extremely fine weave and glistening surface allow each of its sharply drawn stylized floral details to stand out clearly. Having always been treated with great respect, this 125-year-old carpet has been maintained in superb condition. 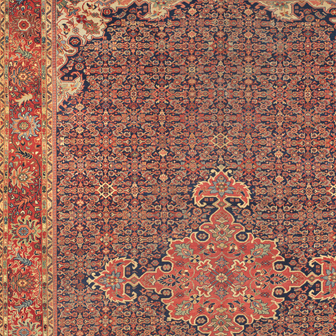