Search Our Inventory / All Rugs / KARACHOV KAZAK 4' 6" x 6' 9" We include a full exchange policy on every purchase. 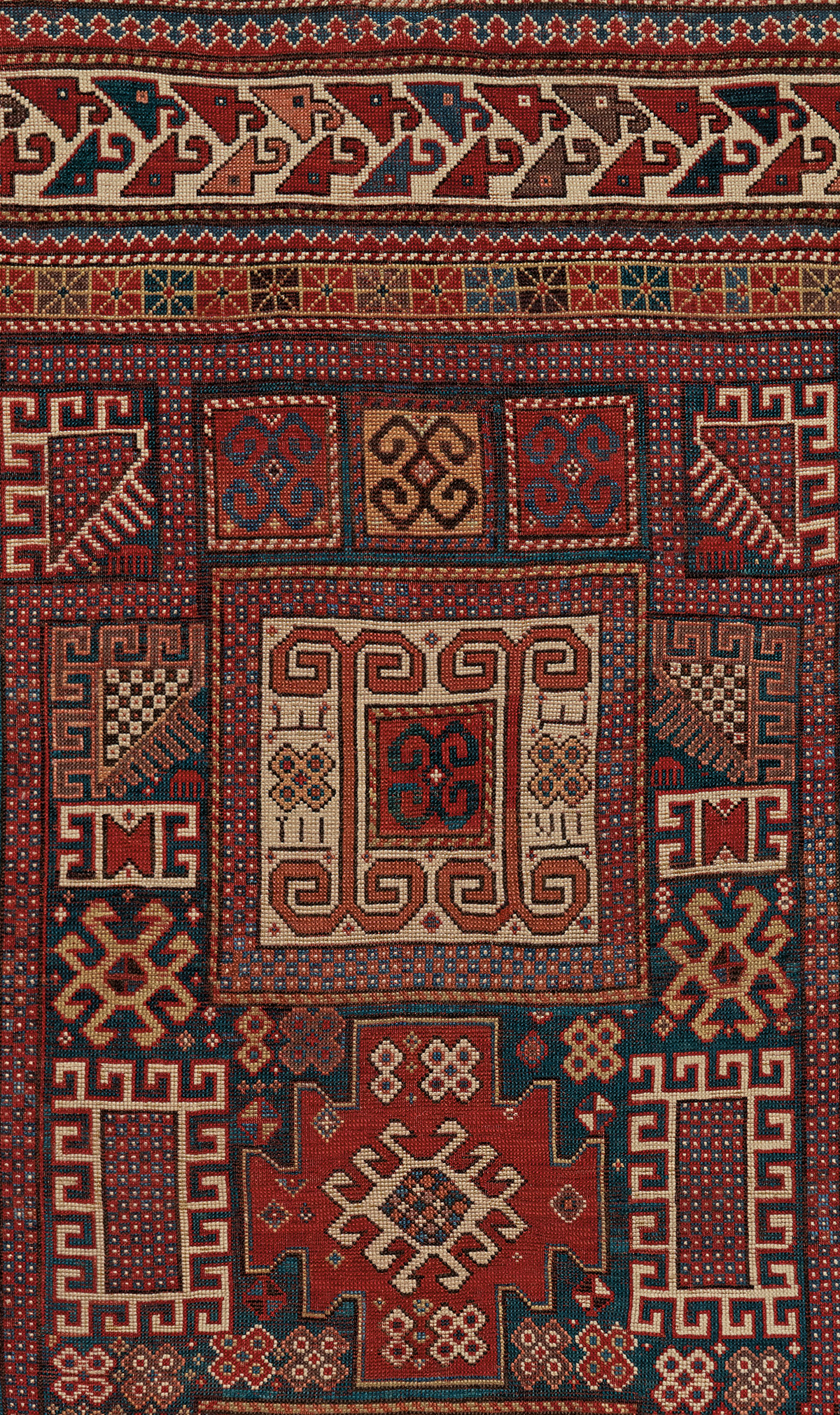 (Connoisseur-Caliber) ("New Arrivals Gallery") Karachov Kazak is one of the beloved Caucasian design styles, and such an early piece with an emerald green ground is especially rare. A pair of square shield medallions asymmetrically enclose multiple ancient symbolic motifs: Rams Horns, "Wheels of Life" and partially deconstructed star-forms that appear to float above and below an emblematic central medallion. The potent green ground, sprinkled with myriad smaller square shields, as well as diamonds decorated with triangles and latch hook forms, has a checkerboard band that sections the geometric forms into groups. An inner border of ocher presents a row of geometricized blossoms, followed by a zig-zag secondary border of carnelian red and emerald green. A reciprocating Fence of Security border, another timeless symbol, completes this entirely entrancing composition. This mid-19th century rug is well-preserved with even moderate pile and minor, expertly executed repiling. Learn About This Rug Type 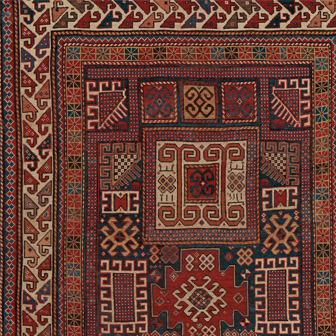