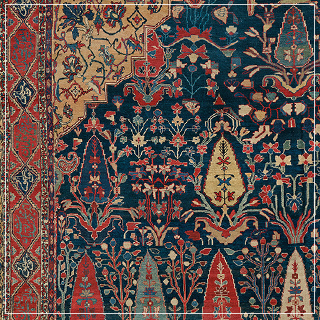 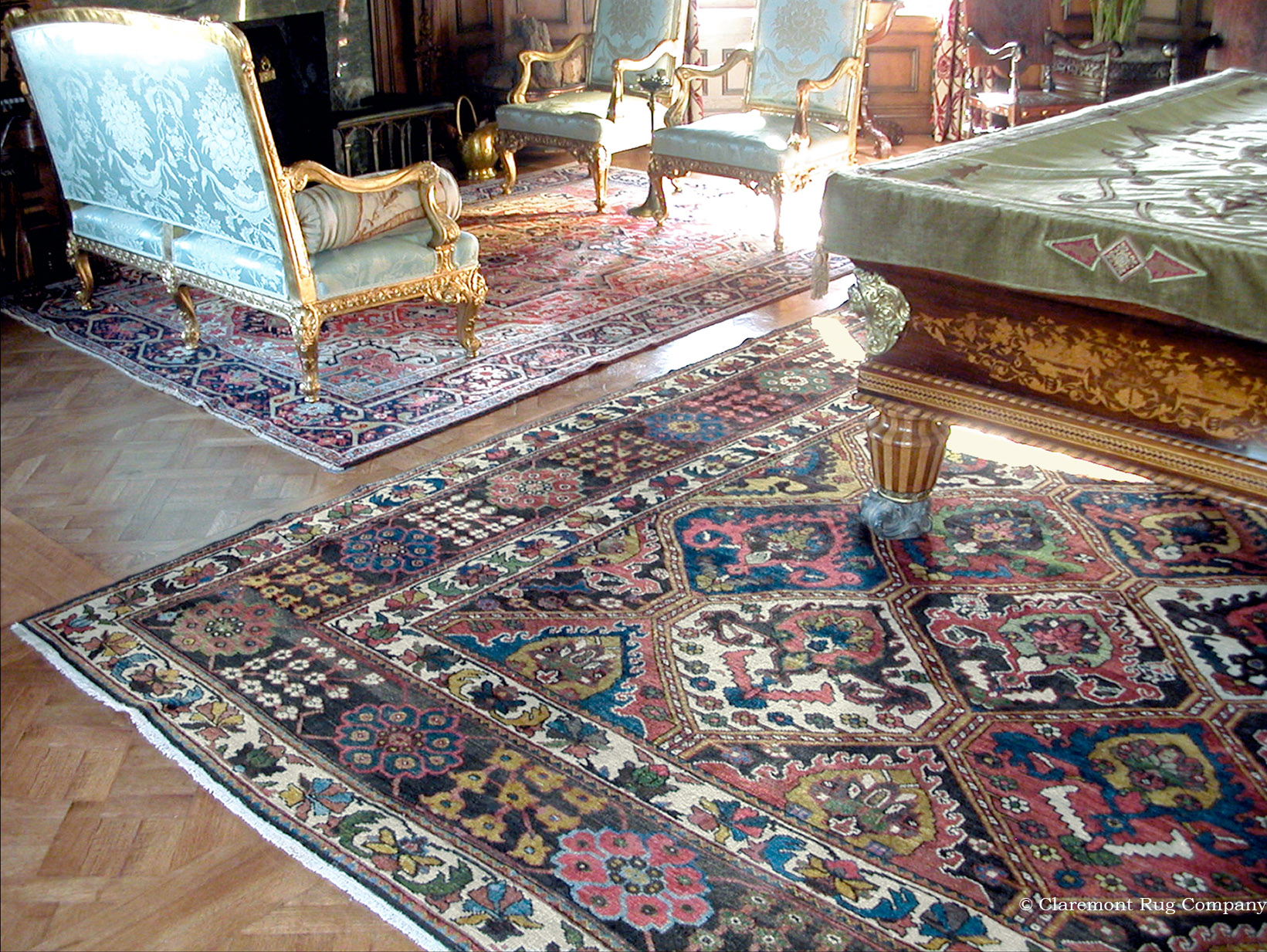 The Bakhtiari tribespeople of the rugged Zagros Mountains are famed for their perilous annual migrations over snow-capped peaks and for their lustrous, deep-toned antique tribal carpets displaying grand scale, cornucopian designs. An early 20th-century visitor to the lush Chahar Mahal district in Central Persia noted: “To me Bakhtiari carpets are among the most interesting of the tribal village weavings of Persia . . . for they have that quality which we call character: that is, individuality, sincerity, and strength.”

Although they traditionally produced only geometric designs, the Bakhtiaris—along with the Armenian, Kurdish and other weavers of the Chahar Mahal—were also influenced by the floral carpets of the Persian cities, especially those of nearby Isfahan. This gave birth to an innovative and distinctive stylization. This is found especially in their oversize and palace-size antique Bakhtiatri carpets that were woven on commission by the great Bakhtiari khans. These are among the most highly regarded of the antique Bakhtiari carpets.

Until the 1930’s Bakhtiari rugs were characteristically woven for use by the tribe or on commission within Persia. As they were rarely produced to be exported, they offer lanolin-rich, extremely durable wool and luminous colors, which were procured through a thorough knowledge of dyeing, using natural dyestuffs. 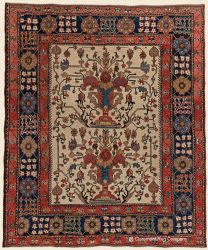 The oversized Bakhtiari carpets represent the endeavors of a group of highly skilled weavers and dyers, and usually took up to six years to complete. As well as the enormous time investment this presented, they also posed distinct artistic challenges, and the level of harmony and balance they achieve in their best antique rugs, not to mention their truly inspiring artistry, is incredible.

Many Bakhtiari rugs employ virtuoso central medallion designs presented in a virtual riot of colors. Bakhtiari weavers were also renowned for their dramatic renditions of the “Garden Compartment” motif, usually organized in a series of square-shaped compartments, and much more rarely in a latticework of graceful, bell-shaped compartments. In a few occasions 19th-century Bakhtiaris are found with a particularly singular Continental inspired antique carpet design known as Guli Farang, translated as “Foreign Flower”. This highly romantic motif is believed to stem from an English cabbage flower design. The best Garden Bakhtiari rugs presents a delightful variety of pastoral scenes within the various compartments, in a wide palette of continually changing colors.

Bakhtiari rugs woven from the 1920’s and later are still fairly readily available in today’s market, while the best turn-of-the-20th-century and 19th-century antique carpets have become extremely difficult-to-find. With the opening of so many large country homes and estates in recent years, the most breathtaking pieces are now in great demand, and are demonstrating excellent investment potential.