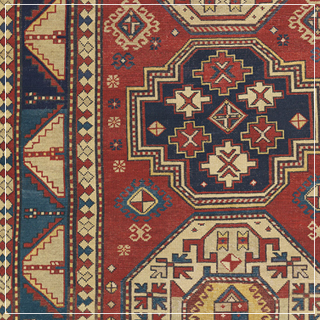 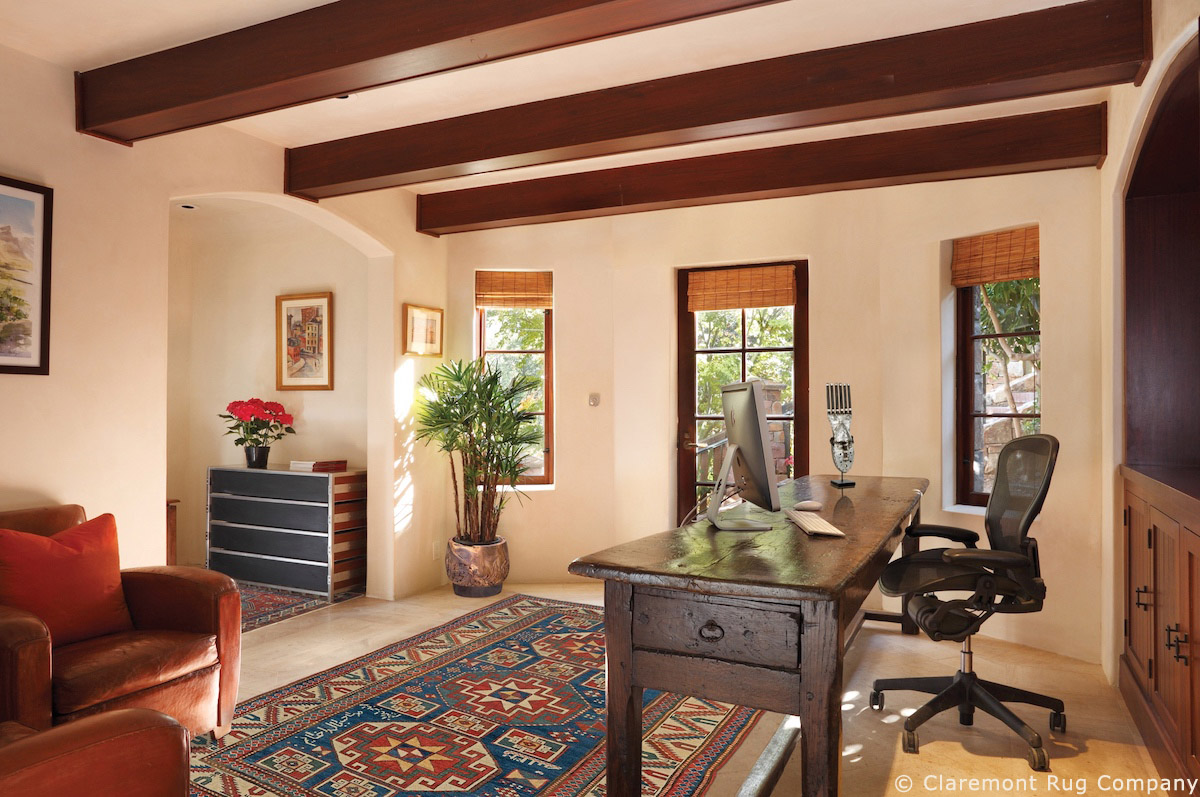 With roots to the people who inhabited the majestic Caucasus Mountains since the dawn of history, tribal weavers who occupied the region’s highest encampments and small alpine villages created a powerful rug style known as Kazak. As trade routes expanded and became more populated, Kazak rugs made their way to Europe, Asia and eventually the Americas, so that by the 1800s and 1900s these rugs had captured the admiration of collectors and museums internationally. 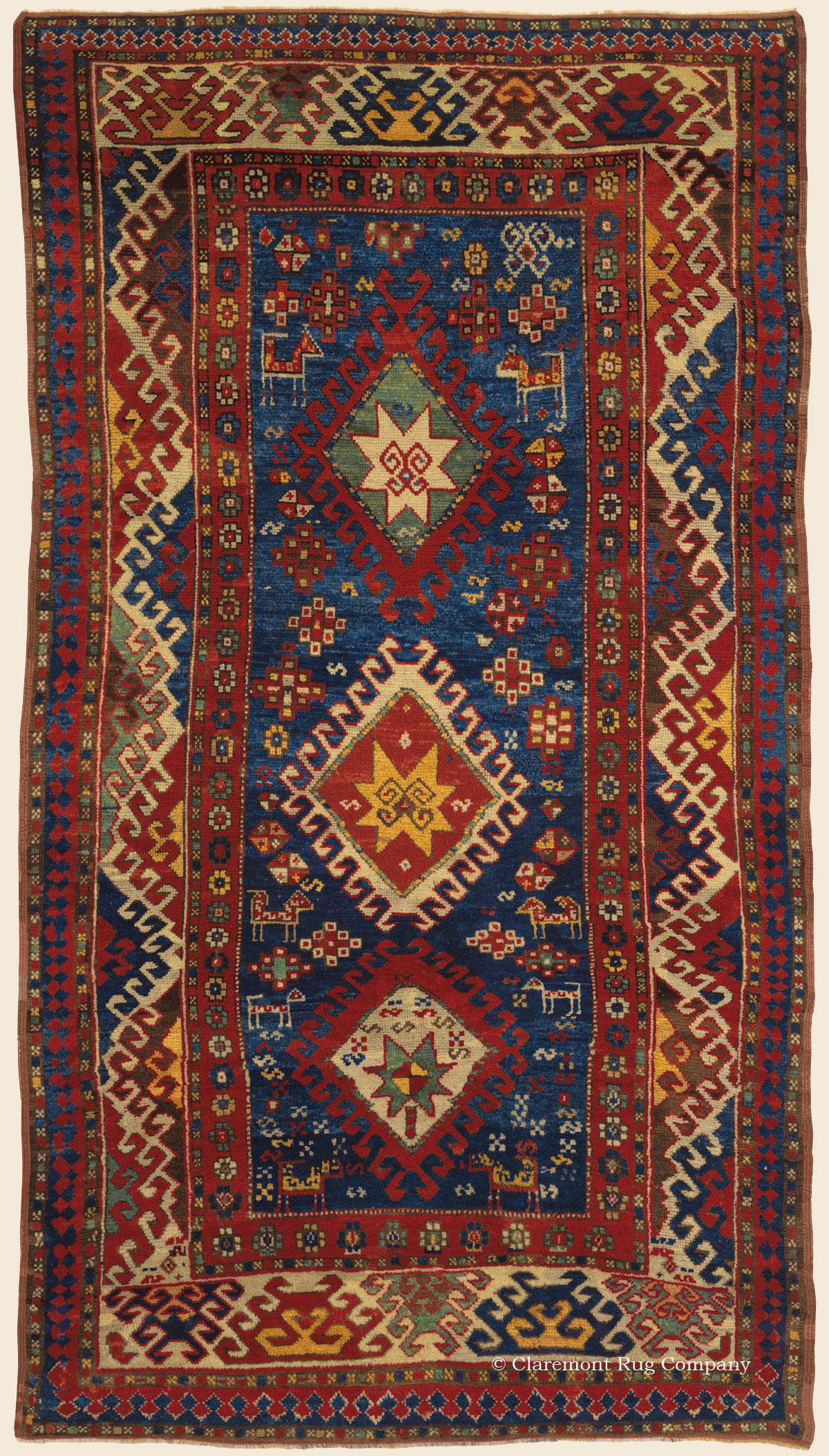 Kazak is in the Republic of Armenia, directly to the northwest of Lake Sewan. “In weaving terms, Kazak is probably the most famous area in the Caucasus, for the best of the rugs produced there…combined stunning geometric designs with fabulous colors derived from high-quality dyes. It is possible to attribute some weavings from this area to specific villages, but when a piece cannot be precisely identified it is known simply as a Kazak or by reference to the design” (Middleton, Michael, “Rugs & Carpets: Techniques, Traditions & Designs.” Mitchell Beazley, London, 1996, p. 52). The aesthetic begot an astonishing panoply of patterns with names such as Fachralo, Lori Pamback, Karachov, Bordjalou and Sewan Kazak.

Unlike other antique rug styles, in many 19th-century Kazak carpets, large archetypal motifs dominate the field with majestic proportions that magnify the powerful effect of these iconic designs. Perhaps because they were woven in the highest reaches of the towering Caucasus Mountains, they express a particularly cosmological character, exploring the intimate interplay between heaven and earth. (see “The Timeless Cosmology of 19th Century Caucasian Rugs”) 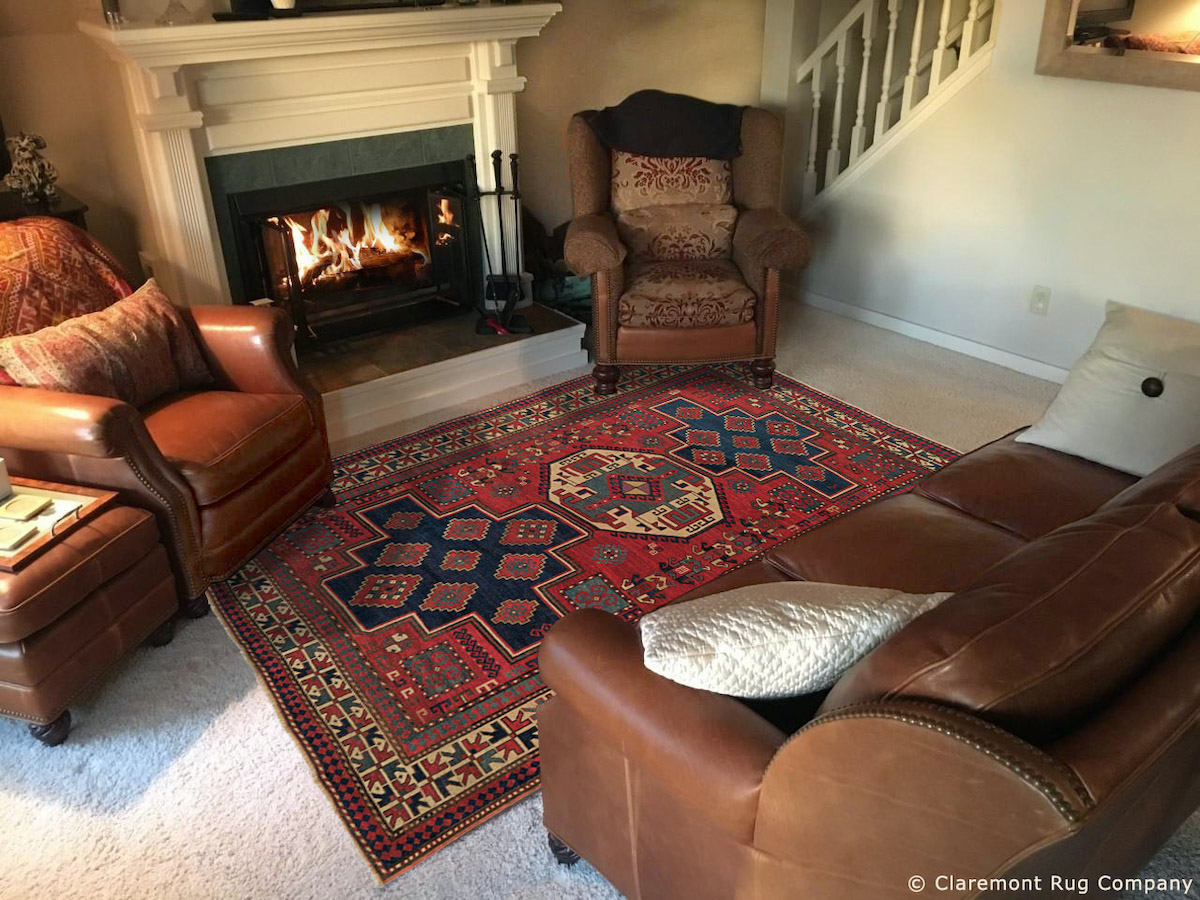 Their geometric designs are actually symbols, some found on metalwork from the Paleolithic period, that combine in myriad ways to profound effect. Stars of Wisdom, Wheels of Life, Ram’s Horn, Running Water and many other symbols appear in these rugs. Enhanced by naturally lustrous, long haired wool from the weavers’ own sheep that was slow-dyed for complete saturation, sustaining centuries of sunlight, top Kazak rugs display spectacular fields of color from scarlet to lapis, fern green to goldenrod.

Kazaks are the largest tribal rugs from the Caucasus region not only in their visual scale, but in their actual dimensions that sometimes can be found as large as 6×10. Because of their infinite variety of design and the effusive personal expression of their creative weavers, they have long been coveted by lovers of tribal rugs.