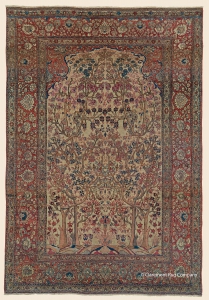 Historically, Isfahan was a weaving and cultural center of great importance with its culmination as the capital of Shah Abbas, the great patron of the arts in the 16th-century, “The Golden Age of Persian Weaving”. Except for the period of the Afghan domination of the early 1700’s, Isfahan has long produced antique carpets of great technical skill and sophisticated aesthetics. 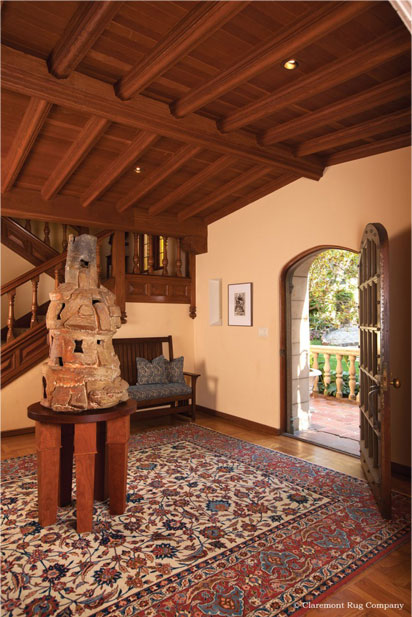 Click to learn more about this space by Kimberly Hopper Interior Design.

Isfahan weavers of the 16th-century were influenced by other important art forms including calligraphy, bookbinding, and mosaic work. During this era, the royal city’s Persian carpet designers introduced distinctively curvilinear, delicate floral forms and the refined classical antique carpet designs such as the arabesque, scroll, vine interlacement, vase, and hunting motifs.

The high knot density antique carpets in which Isfahan excelled continued to be woven in the late 19th and 20th-centuries, maintaining the original inspiration and attention to refinement and detail. The finest materials were procured and utilized including silk, lamb’s wool (called kerke), and jewel-toned natural dyes to create collectible, investment-level antique Isfahan rugs.