To know art deeply is a great adventure that yields extraordinary rewards. It allows us to value life more fully. Art reminds us that we each have an inner life that wishes to be expressed. Haunting, finely detailed drawings created 30,000 years ago on the walls of the Chauvet Cave in southern France suggest that there have always been artists among us who have been moved to communicate their sense of wonder at the world. 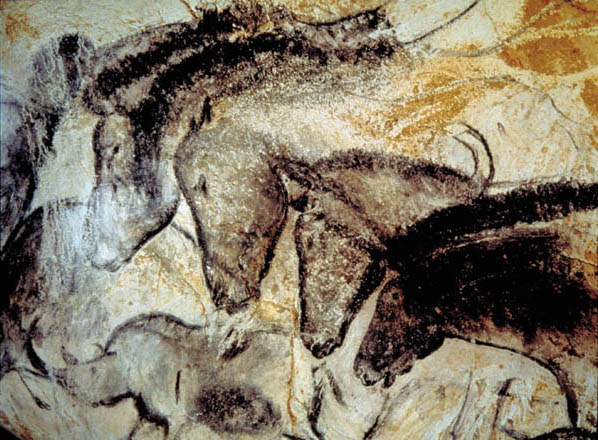 Building a relationship with art, either as its creator or as a viewer, taps into a human birthright and offers one of the most satisfying experiences we can have. Great art communicates substantially without the need for words. I relate to Abstract painter Mark Rothko’s claim that “people break down and cry when confronted with my pictures.”

I have always been deeply attracted to art, studying early statues of Grecian and Roman deities, Old Master and Impressionist paintings, reading Goethe, Dostoyevsky and Joyce, listening to Beethoven and Chopin. But it was my exposure, at an early age, to the art of great Oriental carpets that taught and enriched me the most. Through the end of the 19th century, the best Persian carpet weavers were the recipients of an unbroken artistic tradition that spans more than 2,500 years, one that harmoniously married form and color into a profound expression of universal significance. 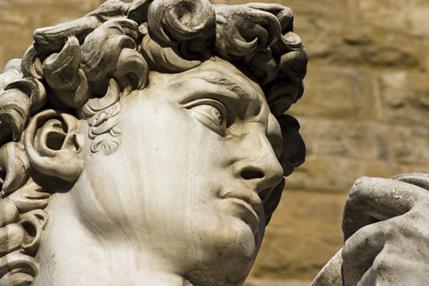 Although collecting art brings many dividends, the most precious is when an artwork touches this essential aspect. I have long held two experiences as my standard, and expect art to affect me nonverbally and non-conceptually. One was when, while still in college, I visited Florence and saw Michelangelo’s David for the first time. I recall the experience vividly. Time became secondary and my mind grew quiet. For the next two hours, there was nothing I desired but to converse with this towering form. Looking back, I understand now that the harmonious impression communicated by this massive piece of carved marble nourished a deeper aspect of myself that I had seldom been in touch with. 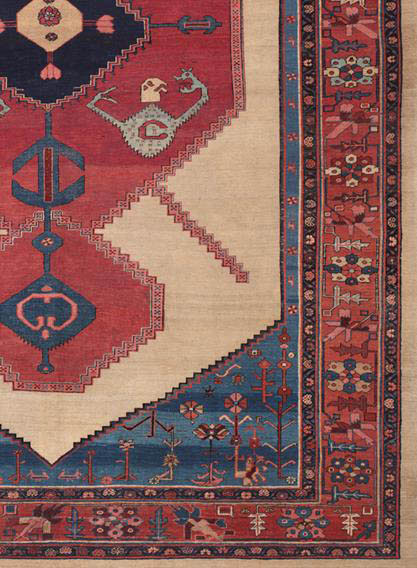 The second experience came well before I started my gallery close to 4 decades ago; I bought my first truly great Oriental carpet, an elemental Dragon and Phoenix Persian Bakshaish that hangs in my office at my gallery to this day. It was a rare find then. In today’s market, it would be monumental. Though I’ve written and lectured about rug symbolism for decades, I’m more entranced by the power of this carpet today than when I first viewed it. Within a grand uncluttered medallion, four dragons face the minimalist depiction of phoenix heads, representing the masculine and feminine forces blending on the cosmic level.

Around them and in the borders prance and meander numerous stylized animals, flowers and plants that serve as a microcosmic reflection of the cosmic forces depicted in its medallion. In his book, The Shock of The New, the formidable New York Times art critic Robert Hughes wrote, “The basic project of art is always to make the world whole and comprehensible, to restore it to us in all its glory not through argument but through feeling, and then to close the gap between you and everything that is not you, and in this way pass from feeling to meaning.”