You are here: Home1 / Blog2 / EDUCATION3 / COLLECTING & CONNOISSEURSHIP4 / Men, Women and the Fervor for Collecting

MEN, WOMEN AND THE FERVOR FOR COLLECTING 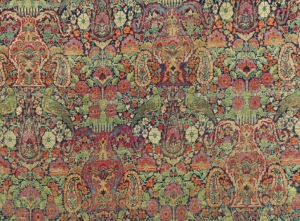 In the world of antique Oriental rugs, there is no question that women are the single most important and consistent decision-makers. Historically, they were most often the designers and weavers. Culturally, they preserved this history and ethos of their villages and cultures with the patterns that they created. Today, rug connoisseurship is a field of art collecting where women have begun to dominate.

Husband and wife team of Jan David and Christine Hunt Winitz at Claremont Rug Company, a world leader in antique Oriental rugs over the past 3-1/2 decades, report that 70% of their major connoisseur clients who have built collections are women, either acquiring on their own or as the more perseverant partner of a couple.

The Winitzs suggest that this may be in part because women possess more ability to discriminate between colors, as verified by research done at Hunter College in New York City. Here, it was determined empirically that females have a more detailed eye when it comes to identifying gradations of color, while males have a more finely developed talent for tracking moving objects and discerning detail from a distance. 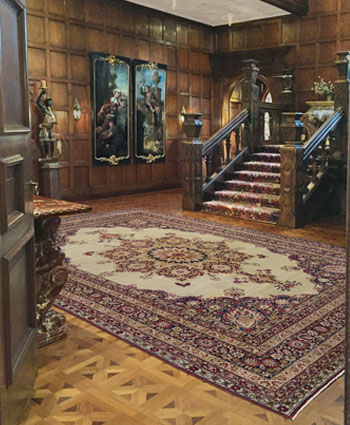 Jan says, “The study is a fascinating illustration of anthropology. More than simply a matter of taste, this indicates that the way in which modern men and women see and interpret color and form is the result of evolutionary adaptation – a seemingly miraculous, gender-driven trait tethering us to our earliest beginnings as hunters and gatherers.”

Why is this? Women seem to have an immediate ‘feel’ for the rugs as Christine observes, “they have an almost intrinsic understanding of the artistic role color plays in the rugs.” Jan confirms this saying, “If I speak generally, our male clients gravitate to the designs in a rug first, and later build an appreciation for color nuances.”

Having written and been interviewed extensively about antique Oriental rugs, Jan adds, “the aesthetic principles of balance and harmony that exist in the natural world are central to the age-old art of the carpet and women often judge art partially by how it will augment the particular ambiance of a space. They highly value the stunning interplay of form and function that great rugs provide and it is a major motivation for their collecting.” Christine adds, “In fact, it was our women connoisseurs who created what we now call the ‘Whole Home Display,’ which is using rugs throughout one or more floors of a home.”

Through their work at their gallery based in Oakland, CA, the Winitzs have delved deeply into the social history of rare and antique rugs – often with artistic findings that support the scientific results gleaned from gender-driven color studies. Although in the larger Persian cities, men typically were responsible for the design of rugs, in the villages and nomadic encampments of Persia and the Caucasus, primarily women created rugs from designs they rendered either from rough drawings or by improvising on traditional motifs. These rugs were less detailed, incorporated asymmetrical elements, and captured breathtaking color combinations and shifting values within one tone. The finest 19th century Persian village and tribal rugs, typically woven by women, now capture equally enraptured interest among art collectors as the city rugs created by men.

The fact that rug connoisseurship is a field of art collecting where women are dominating, unlike other collecting arenas makes perfect sense to the Winitzs. Christine stresses, “rug weaving is often referred to as a woman’s art form. Historically, rug making was the woman’s contribution to her own home’s ambiance and later became a secondary income for a burgeoning world market. These rugs have a deeply emotive impact. In fact, the tribal groups had a saying: “The rug is the window to a woman’s soul.”

Jan says that the natural connection with the impact of color may partially be the reason that women tend to trust their ability to recognize a great rug without knowing its provenance or historical importance, then ask the intellectual questions later on.

He states that over time their male clients can train their eyes to see subtle gradations of color, “but for our women clients it usually comes naturally.” 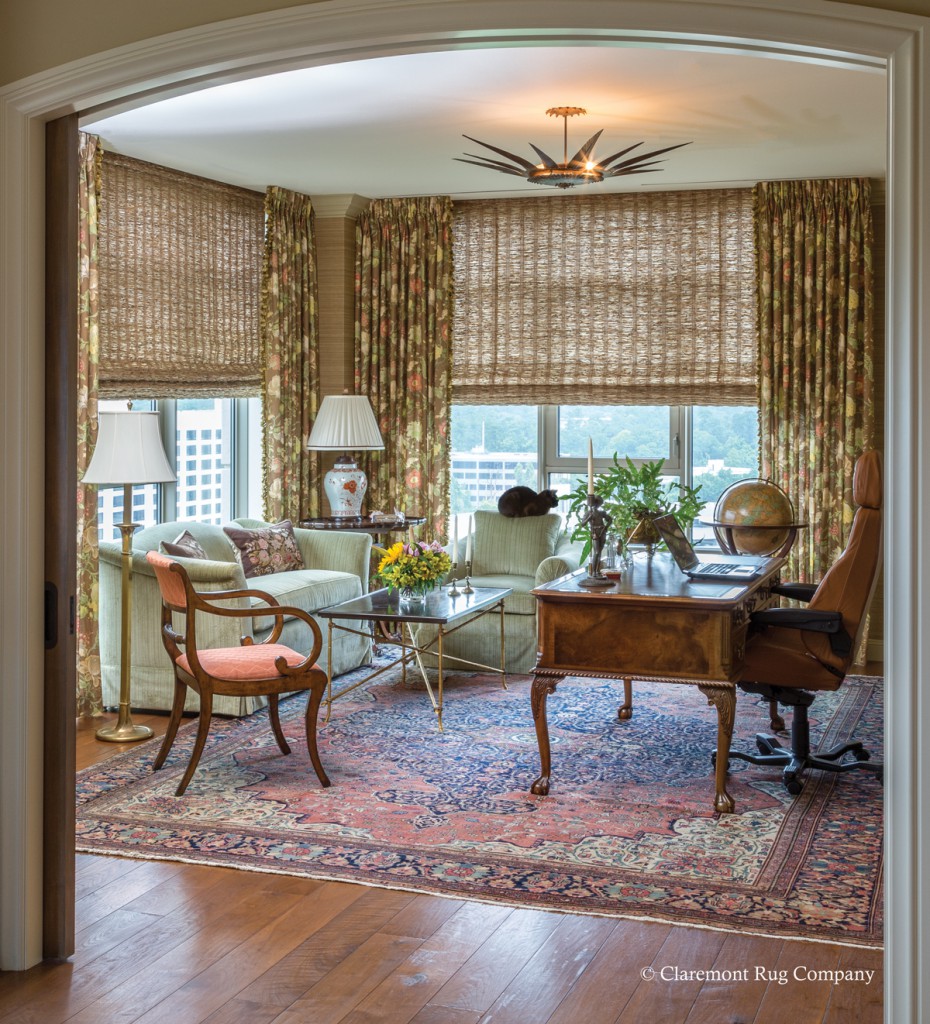 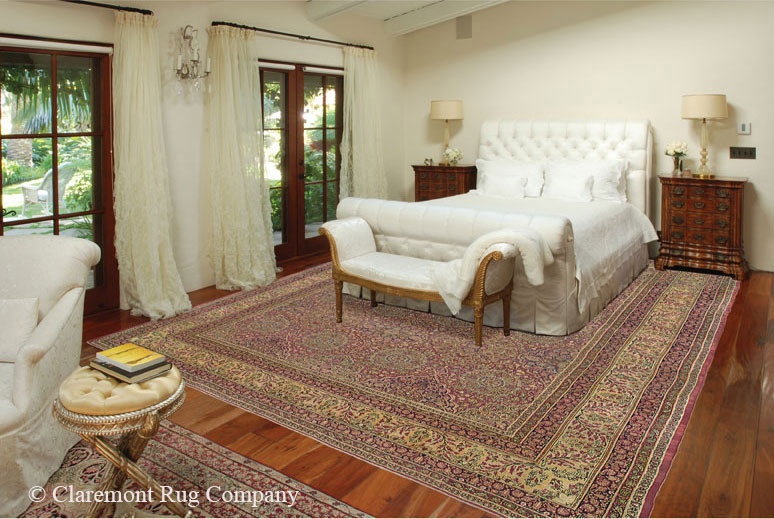 Part of a whole home display in a Spanish colonial residence,
two circa 1850 Laver Kirmans are the art in this elegant master bedroom. Design: Planter & Co

The reasoning behind the male vs. female style is as fascinating as the rugs themselves. As Christine explains, “The women designing and weaving those pieces assisted in farming the land where the rugs were created. They raised the sheep that gave them the wool and they grew the plants that gave them the dyes. They knew the materials used to create their rugs in their most untouched, natural form and so they understood all the nearly imperceptible nuances held within the textures and tones. The women carded and dyed the wool themselves, often before the process of designing the rugs began, and because of that, they were intimately familiar with the materials they worked with. They knew, intuitively, how to meld and marry it all in order to create their stunning works of art.”

The Winitzs point out that there are also nuances in how men and women approach selecting rugs and building a personal trove. Jan says, “Men often approach a carpet more intellectually and practically at first. More women immediately respond to the impact of the rug and then ask the questions about investment and practicality later on. In the end, men and women come to a similar place in terms of collecting rugs, but often take different avenues to get there.”

How interesting it is to think that the rugs created from yarns woven knot-by-knot tell a story of not just beauty and style, but one of how men and women have been approaching the world in a different, yet complementary, fashion since the dawn of time.