Jan David Winitz, president and founder of Claremont Rug Company, today pointed to prices paid for two carpets at Christie’s London “Art of the Islamic and Indian Worlds” auction on May 2 as further evidence that the high-level antique rug market is increasingly attracting seasoned art collectors and aficionados. 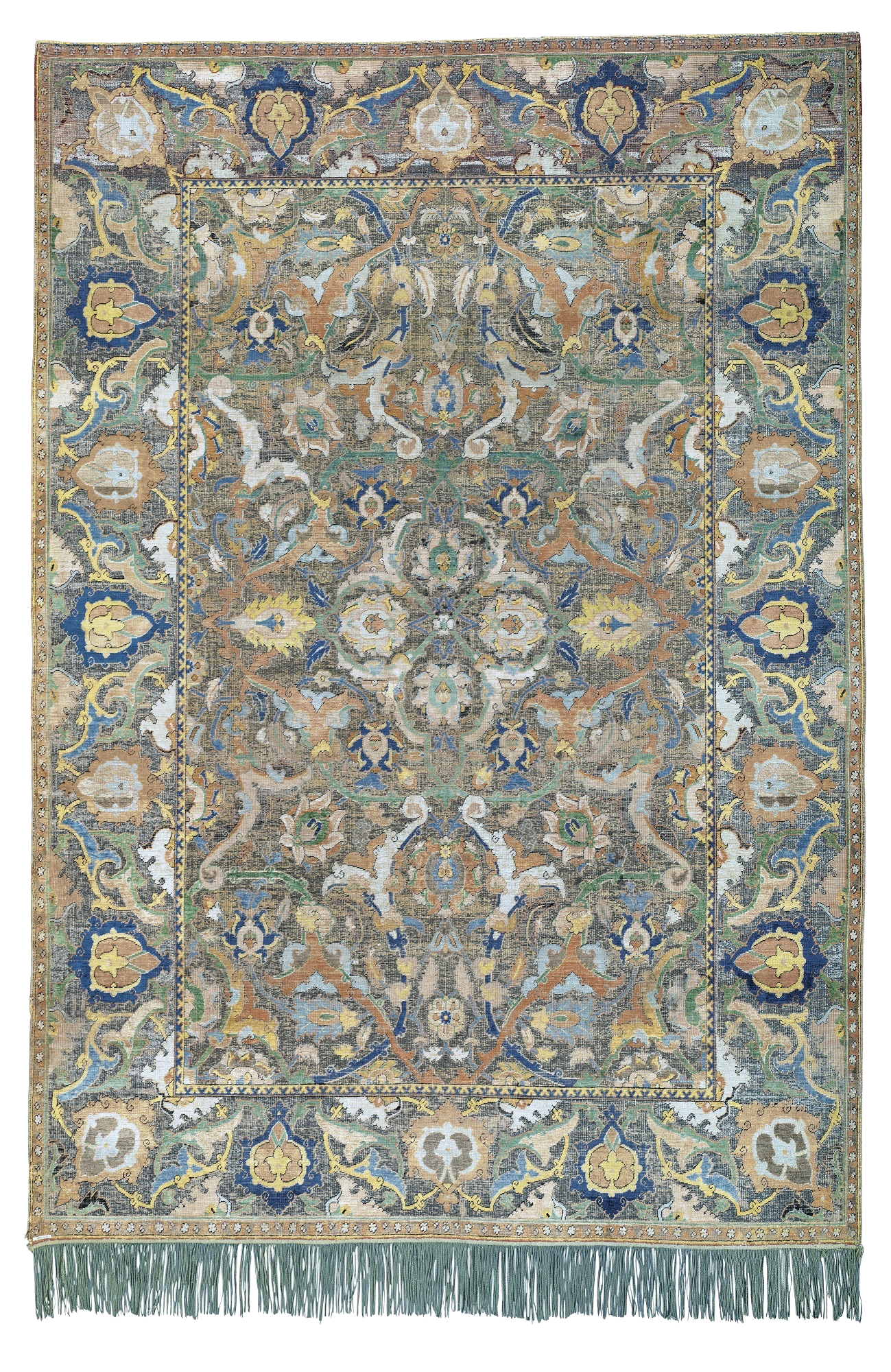 The rugs that Winitz singled out “had incredible provenance and are rarely available even on the auction market. The prices realized further demonstrate the strength of the antique Oriental rug market at the high-collectible and museum-level niche.”

The rugs, which are now among the Top 10 (by price) ever sold, are:

“One of the remarkable qualities of art/investment levels antique Oriental rugs,” said Winitz, “is that each is a singular, hand-woven piece of art. They reflect the artistry of the weavers and the skills of master dye makers who would work from a year to a half-decade to create masterpieces that could never be duplicated today.

“For collectors, it is important to note that each sold for more than five times their its highest estimate, and for good reason. Carpets in this category, the rarest of the rare, are seldom available and, when they arise, the interest among collectors is immediate and tremendously enthusiastic.

“The best 19th century rugs in the auction, including Caucasians, Mohtasham Kashan and Serapis all consistently sold well above the high estimates,” he said.

“As I have previously commented,” said Winitz, “there is a thirst for the great woven art created in the Near East. Collectors recognize two periods, the First (ca. 1500 to 1700) and Second Golden Ages of Persian Weaving (ca. 1800 to 1910), as the eras when the artistic skills and cultural traditions existed to produce art at its most profound level.

“There are virtually no important rugs from the First Golden Age available except in the auction setting,” he said. “And the number of high-collectible Persian rugs from the Second Golden Age is rapidly diminishing as they are being purchased by enthusiasts and placed into private collections.

“These auction prices are an acknowledgement of strength and tremendously increased interest among art collectors for the finest antique Oriental rugs,” said Winitz. In Winitz’s proprietary Oriental Rug Pyramid ™, the 17th-century rugs at the Christie’s auction are in Level 1, the caliber that is owned primarily by museums and royal families. Levels 2 through 3—High Collectible and Connoisseur-Caliber are the prime segments for today’s collectors and connoisseurs.