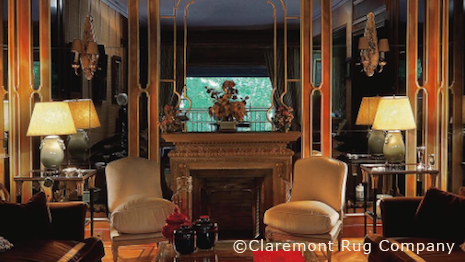 Auction house Christie’s is catering to the collecting crowd by adjusting its decorative arts sales strategy. Starting this fall, the auctioneer will be launching a new program that more closely aligns its sales of home furnishings with industry fairs. This new approach will allow Christie’s to take advantage of an interested audience as their minds are on collecting. Christie’s was reached for comment.

This updated approach will see the relaunch of Christie’s interiors sales. These will take place in New York and London four times a year.

The first events on the calendar will be held during the TEFAF art, antiques and design fair in Maastricht, Netherlands. Two of these New York sales will be part of Christie’s The Collector series, which offers a curation of objects and furniture.

In London on Nov. 16, Christie’s will host a The Collector sale centered on crystal lifestyle brand Lalique, while a Nov. 20 sale in Paris will be an homage to Jean Royère.

London, New York and Paris will each host two of Christie’s The Collector sales per year under the updated strategy.

The Exceptional Sale will offer museum-quality pieces. The first of these in the new calendar will be held on Nov. 28 in Paris, with Christie’s planning to host one per year in New York, London and Paris.

Along with these sales, Christie’s is also launching a new program of events to spur engagement around its auctions. Christie’s Lates will be free and open to the public during auction previews.

For instance, the first of these events to be held in London will surround an Audrey Hepburn sale, providing an opportunity for art aficionados to gather to get a makeover inspired by the actress or watch her popular flick “Breakfast at Tiffany’s.” Slated for Sept. 25, the nighttime affair will also let attendees peruse the pre-auction exhibition.

A New York Christie’s Late on Oct. 13 will focus on its own sales, with the galleries transformed by wallpaper and fabric maker de Gournay.

While these sales and events revolve around the fair calendar, they are not necessarily held in the same location as the show they are concurrent with. However, with the rise in online auction activity, buyers can connect and bid from anywhere for most sales, allowing location to play less of a role in relevance.

“Throughout our history, Christie’s has welcomed collectors who are interested in each and every field of collecting and specialization,” said Orlando Rock, co-chairman, decorative arts, U.K. at Christie’s, in a statement. “It is their sense of adventure, passion, knowledge, eclecticism and enthusiasm that underpins every great collection – and it is as true today as it was in the past.

“Thankfully, the past informs the future and unique objects from different era and cultures are arguably even more engaging and relevant in a world that is so transient,” he said. “Christie’s will always remain firmly committed to showcasing the best of decorative arts, from ancient to modern.”

While antiques make up a smaller portion of the overall art market than categories such as paintings, they are still a significant business in the secondhand business.

According to research from art and antiques search platform Barnebys, interest in design pieces at auction has grown in the post-recession period, boosted by the added accessibility courtesy of ecommerce.

In 2016, TEFAF valued the market for design items at auction in the United States and Europe at $343.6 million, part of the total $16.9 billion total global public auction market for goods that includes art and jewelry. Fifteen popular designers have seen their turnover grow a collective 330 percent from 2009 to 2016, with some pieces achieving six-figure sale prices that rival fine art (see story).

Collecting artwork has long been a popular pastime among affluent consumers, but art dealers are noticing a trend emerge as many collectors are purchasing high-quality Oriental rugs that double as hanging wall art.

Art dealer and founder of Claremont Rug Company Jan David Winitz was first tipped off to this emerging trend in 2013 when an antique Oriental rug sold at auction for $33.7 million. From there, global interest in antique and classically designed Persian and Oriental rugs as wall art has steadily risen in popularity, presenting a new area for art dealers and collectors to explore (see story).