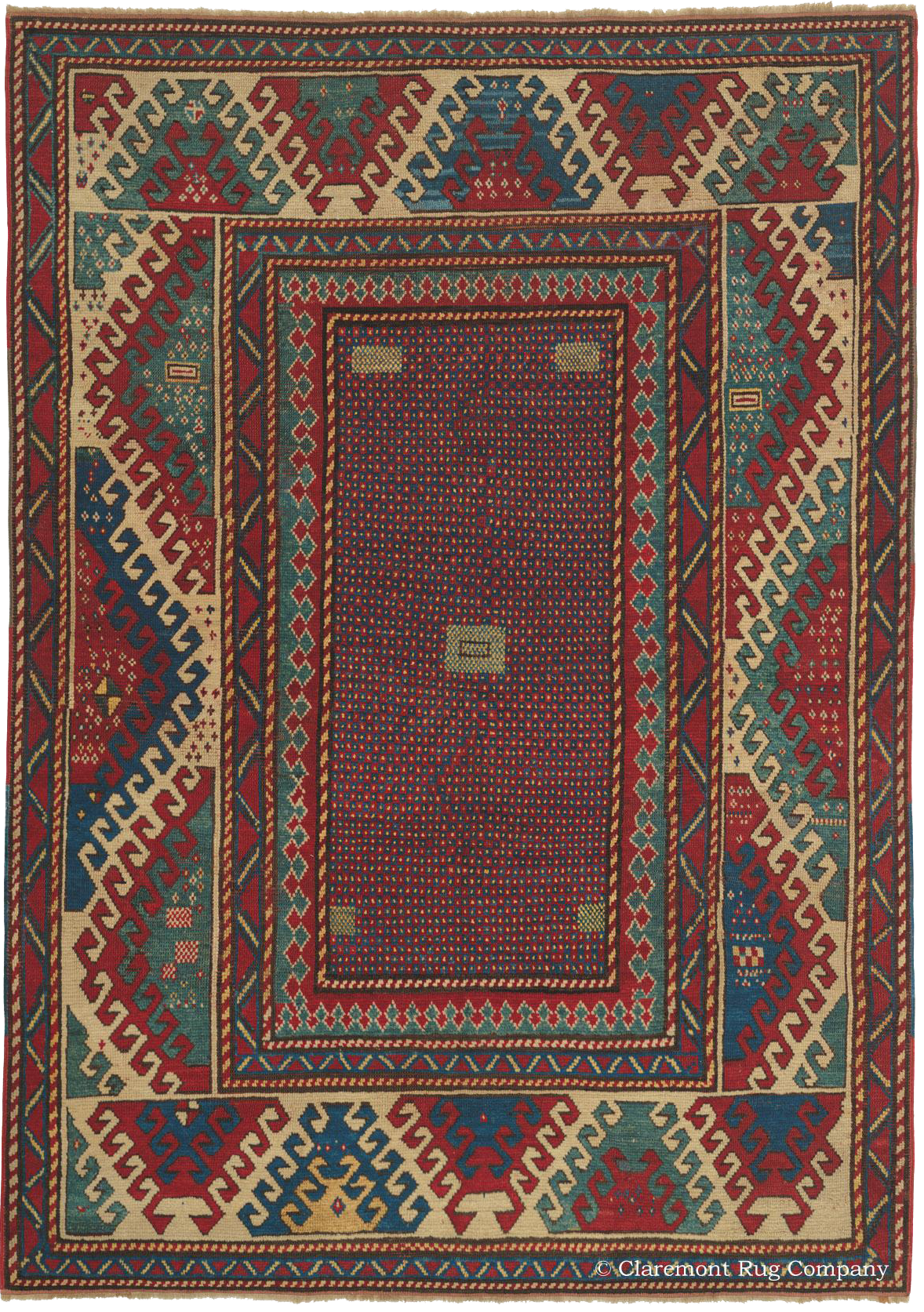 Global art collectors have expressed intense interest in The Bostonian Collection of 19th-century Oriental rugs, including this “best-of-the best” example. Persian Rugs in the Bostonian have provenance to their original purchase in the Near East in the 19th-century.

Jan David Winitz, an eminent art dealer who specializes in 19th-century antique Oriental rugs, today reported “an intense interest” in The Bostonian Collection, a trove of important, art-level to museum-caliber Persian and Caucasian rugs assembled by a New England-based family and held over four generations.

Winitz, president and founder of Claremont Rug Company, said, “Over one-third of the Bostonian Collection carpets have been sold within the first few weeks since opening the exhibit. A common theme among the buyers is their appreciation for the ‘best of the best’ quality of these antique rugs.”

Included in the Collection were 50 Persian, Caucasian and Turkish rugs woven 1800 to 1850 as well a significant number of early to mid-19th century examples of art/investment level Persian Mohtasham Kashan, Laver Kirman and Kermanshah rugs. Art collectors consider it one of the top three private acquisitions in the past decade.

Winitz said the largest number of purchases to date have been made by clients from Silicon Valley, where entrepreneurs, financial executives and venture capitalists have increasingly shown an interest in rare, 19th century Persian rugs. More than 10 percent of the buyers have been from outside the U.S.

Over the past several years, the international art-collecting community has shown a deepening appreciation of the importance and relative value of antique Oriental rugs. “The Bostonian Collection has attracted intense interest from sophisticated art collectors who are newcomers to antique rugs,” he said. He also said, “Many buyers are those furnishing new homes who are accustomed to buying top caliber items.”

Similarly, as Douglas Druick, president and director of the Art Institute of Chicago, recently told the Washington Post, “It’s not like that moment in the late ’80s where everything — the best and the less-than-best — was rising. Now the market is much more savvy.”

In the case of the 180-piece Bostonian Collection, it is the first time that many of these antique rugs have been seen outside the family since they were originally acquired. Some of the Oriental carpets have been in storage since their purchase in the late 19th and early 20th-centuries. The provenance of many of the pieces is traceable to their original acquisition in the Near East. “And, because they were held privately, none of these rugs have previously been documented in the literature,” said Winitz.

“The family began collecting in the late 1800s and were among the first generation of serious American Oriental rug collectors,” said Winitz, who is also the author of The Guide to Purchasing an Oriental Rug. “Since the great-grandfather started collecting, two generations added to the cache, which was displayed at their six family residences.”

The other collections that Winitz compared with “The Bostonian” are the 400-rug “Hudson River Valley Collection” (2008) and the “Intercontinental Collection” (2010). Those events drew renewed attention to rugs from the Second Golden Age of Persian Weaving (ca 1800 to ca 1900).

Winitz founded Claremont Rug Company in 1980 and has since built an inventory comprised of more than 4000 rare Oriental carpets. To aid clients, the Gallery has more than 1000 19th-century and turn-of-the-20th-century rugs available for viewing and an extensive educational section on its website (www.claremontrug.com).