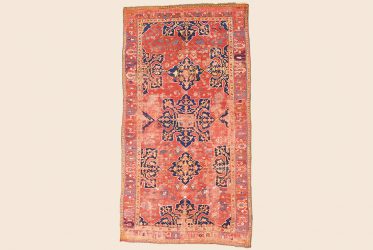 The auction was led by the largest Toussounian silk carpet ever to appear at auction, which soared above estimate to £393,000 / $551,143 (est. £200,000-300,000) – setting a world record for any 20th century carpet at auction. The design elements of this ‘Emperor’ silk carpet take from one of the most complex and sophisticated groups of classical carpets of the early Safavid period in the 16th century, adorned with colourful palmettes, cloud-bands, mythical animals and delicate layers of spiraling vines. 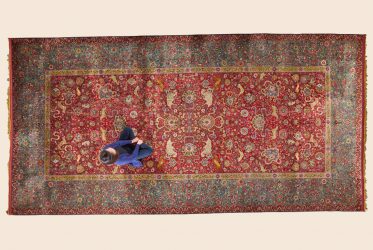 Following a successful auction in November, the second group of rare and early weavings from the renowned collection of the celebrated architect and author Christopher Alexander performed well – led by a West Anatolian rug fragment, thought to be from the Gördes region, at £81,250 / $113,945 (est. £8,000-12,000).

Jan David Winitz, President and Founder of Claremont Rug Company said, “The results acknowledge the wisdom of those connoisseurs world-wide who have been building major private collections of museum-level and high-collectible antique rugs. The market for rare antique Oriental rugs continues to be a bright light in the world of investment in precious tangible assets, as owners also yield the great pleasure of living with entirely one-in-the-world work of art.”