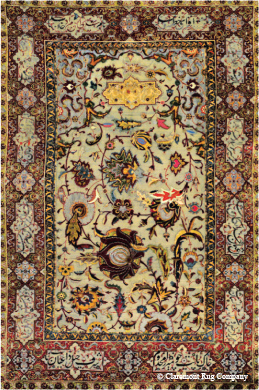 The 17th century Persian prayer rug was rare and beautiful. But since it measured a petite 5 feet 4 inches by 3 feet 7 inches, Mary Jo Otsea, senior vice president and worldwide director of Sotheby’s carpet department, gave it a relatively low pre-auction estimate of £80,000 to £120,000. “The last rug of this type that sold was in 2005 at Christie’s in London,” Otsea says. “It had the same estimate, then sold for £250,000. But the markets are more dicey today.”So when the gavel came down at Sotheby’s in London in October, Otsea was stunned by the final price: £2.7 million (about $4.33 million)-more than 20 times the estimate. “A buzz built just before the sale that it might go as high as £1million, but I didn’t expect the result we got,” she remembers. “It was thrilling.”The sale was an example of the growing value of art-grade rugs: one-of-a-kind, antique carpets typically from Persia, the Caucasus and Turkey. Investors are building cedar-lined “rug cellars” in their homes to house collections, hanging the pieces on their walls as fine art and turning to dealers like Jan David Winitz, founder of Claremont Rug Co. in Oakland, Calif., to care take their growing inventories.“We have a lot of new buyers who have decided to put rugs throughout their homes and they come to us to purchase 15 to 50 art-grade pieces at a time,” says Winitz, who had 25 such projects last year. In 2008, he had eight.Burned by the crisis and fearful of inflation, many investors are turning to tangible assets, whose value tends to fluctuate less than paper assets. “The world has been dominated by hugely complex derivatives, structured notes- difficult stuff,” says Bernard Duffy, managing director of the new London based advisory boutique Emotional Assets Management and Research (EAMR). “With tangible assets, what you see is what you get.” 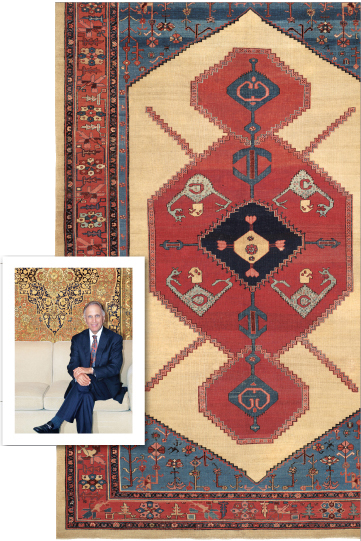 Count art-grade rugs in that category. Plus, they’re a pleasure to own. “There’s a huge emotional, almost physical yield an investor gets from these kinds of things,” says Duffy, whose firm launched a fund in November that covers carpets and 14 other art and collectible categories including vintage watches, ancient coins and photography. Sixty percent of the assets are in a fund of funds structure created by EAMR; the remaining 40 percent go directly into the items themselves until there is a strong exit opportunity. The EAMR fund marks the first time investors have been exposed to a range of “emotional assets” via a single vehicle.

“People just want to enjoy their investments and have some confidence they will increase in value over time – rugs will do that.”

For Winitz, the growing financial opportunities for investing in art-grade rugs make perfect sense. “People aren’t sure where to put their money anymore,” he says. “They just want to enjoy their investments and have some confidence they will increase in value over time-rugs will do that.”

Not all rugs, however. Whatever their age the carpets must be rare and artful. The wool should be the highest grade, the dyes natural and the weaving done with hand-tied knots. Winitz recommends that collectors educate themselves through museum classes and by talking to other collectors.

Jan David Winitz (inset) urges collectors to buy only those carpets they fall in love with, as he did with the 8’ x 12’ Bakshaish rug woven around 1800 (above) that hangs behind his desk. He bought it for $3,500, and isn’t contemplating selling it – even though it would likely bring a minimum of $600,000.