Long under the radar, the finest extant pieces are performing as a hedge against economic uncertainty. 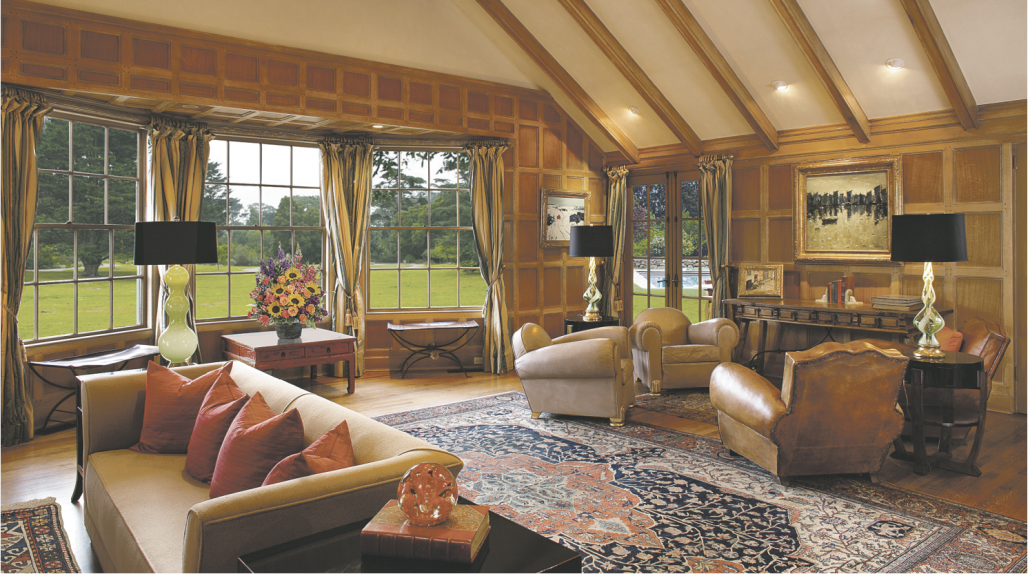 To quote Bob Dylan, “the times they are a-changin’.”

It has been almost 60 years since the legendary artist penned those words, and today its general premise is especially relevant when evaluating the investment strategies of the world’s wealthiest individuals. Given the volatile nature of today’s financial markets, astute investors are directing their focus away from traditional stocks and bonds. Rather, they are targeting tangible, physical assets with less fluctuating values that are currently appreciating.

Proof of this can be seen in the record-setting sales across much of the fine art market. Simply put, high-quality collector pieces are proving to be largely immune to financial markets, especially during periods of economic instability—inflationary periods and recessions in particular. Because of that, fine art is considered a stable investment, as well as one that provides peace of mind and personal enjoyment.

At Christie’s New York auction in May, an Andy Warhol portrait of Marilyn Monroe, “Shot Sage Blue Marilyn,” achieved a $195 million hammer price, making it the most valuable 20th-century artwork ever sold. Sotheby’s set a new single-collection auction record when it sold the Macklowe Collection for $246.1 million.

Winitz has developed a pyramid to help his clients determine the value of any Oriental rug. Levels 2 and 3 are still available to private buyers and increasing in rarity.

“The vigor of the art market may seem counterintuitive, but it makes sense in the current environment,” economist Tyler Cowen recently wrote in The Washington Post. “First, many of the wealthy have been buying additional homes and wish to furnish them with art. Second, the recent run-up in inflation rates around the world has intensified the search for hedges.”

“Art-caliber rugs represent a small portion of the carpets that were woven during the 19th century,” explains Jan David Winitz, the president and founder of the Claremont Rug Company. “The vast majority of carpets from the 1800s were woven for decorative and utilitarian purposes and, although lovely, do not rise to the high-collectible level.”

Superlative examples of historical 15th- through 18th-century Persian and Oriental rugs have already reached a level of connoisseurship and appreciation that is on par with established fine art categories. These museum-caliber Persian rugs command top dollar at public auctions. Eight-figure selling prices for historical Persian rugs were reached in 2013 when a sickle-leaf, vine-scroll, and palmette vase-technique carpet (likely woven during the first half of the 17th century in Kerman) crossed the Sotheby’s block. Before this, the record auction price for an antique Oriental rug sat at just under $10 million. However, this three-centuries-old piece in superb condition obliterated that record, selling for $33.8 million.

Mary Jo Otsea, then Sotheby’s senior consultant for rugs and carpets, opined that the sale might change the public’s perception of antique rugs and carpets. “It may cause people to grant them a little more respect,” she said. “Clearly, there’s a very strong market.”

Although that record-setting sale shocked many people, Winitz, who at that point had more than 30 years of experience placing primarily art-caliber 19th-century Oriental rugs to a highly affluent, international clientele, was not surprised. “What has been shocking,” he said shortly after the sale, “is how long it’s taken for great rugs to be recognized. Rugs are historically one of the world’s premier art forms, but they’re still undiscovered art.”

Today, that obscurity is fading. According to Ben Evans, the editor of Hali Magazine—a publication dedicated to the international rug and textile market—there are two primary factors to explain why antique rugs are beginning to enjoy their moment in the spotlight. “Cultural curiosity and collecting eclecticism have boosted the marketplace,” he says. “There has been an increase of interesting carpets and textiles within the broader art market, and we are finding that buyers and collectors are much more interested in owning a few high-quality carpets and rugs, which they’re buying with a connoisseur’s eye. It’s a shift from a period about 25 years ago when rugs were seen as simply a means to furnish a room.”

The best 19th-century Persian and tribal rugs have the potential to appreciate exponentially. The clientele of the handful of high-end carpet galleries worldwide such as Winitz’s Claremont Rug Company—stand to benefit the most since few quality examples appear at public auctions anymore.

For over four decades, Winitz has methodically concentrated on maintaining a collection of rare, art-caliber pieces. He explains. “As financial markets grow increasingly unstable, more and more ultra-high-net-worth individuals are becoming deeply attracted to the best 19th-century rugs. They see them as tangible assets—precious objects that they can surround themselves with and enjoy while they increase in rarity.”

Some take advantage of Claremont Rug Company’s professional storage service, while others have built dedicated, climate-controlled display rooms and storage facilities in their homes.

Winitz has recently observed that his clientele’s purchasing trends remain unaffected by the volatile fluctuations of the financial market at large.

“Already in the current slowdown, I am seeing the same patterns as in previous down economies during our 42 years of business,” he says. “The number of clients who wish to acquire our best examples of high-
collectible and connoisseur-caliber pieces has risen greatly. Often, where they plan to put new rugs is not a concern. They are buying for themselves rather than for spaces in their homes.”

Moreover, those clients are decidedly buying for their future. “It’s proven to be a safe place to put your money,” Winitz says, “and they are an asset that provides emotional appreciation, too.”