You are here: Home1 / Blog2 / PRESS3 / Financial Times4 / Antique Rugs are as Valuable as Art, Not Always for Treading Upon but also...

Antique Rugs are as Valuable as Art, Not Always for Treading Upon but also for Wall Display 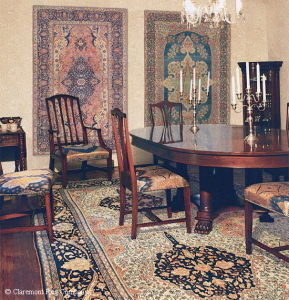 Antique “oriental” rugs have attracted enthusiasts for centuries, but it is only recently that the world’s top auction houses have shown an interest. Thirty years ago the art world largely ignored the value and significance of these works, and they were viewed by many as little more than soft furnishings. Today, however, record sale prices are forcing collectors and curators around the world to sit up and take note. 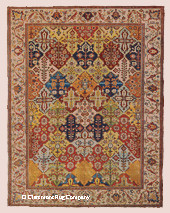 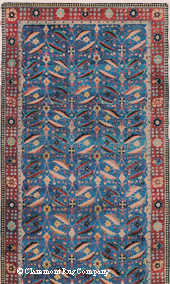 Detail of 17th-century Kirman “vase” carpet became the most expensive carpet sold at auction when it was bought for £6.2m ($9.59m).

Last year Christie’s sold a mid-17th-century Kirman “vase” rug in London for a record-breaking £6.2m. “I have noticed an upsurge in the sale of rugs and carpets dating from before 1800,” says William Robinson, international specialist of Islamic art and oriental rugs and carpets at Christie’s. “A factor that I attribute principally to this is that Islamic art as a whole has been doing very well.”

Jan David Winitz, president of the Claremont Rug Company in Oakland, California, founded his dealership in 1980. Back then the market for what he calls ‘art-level’ antique rugs was nothing like it is today: “Antique rugs were considered even by dealers as little more than a floor covering,” he says. Now, though, with the rise in price and profile, a growing number of collectors are choosing not only to lay their rugs on the floor, but are hanging them on the wall alongside paintings.

Though often grouped together and described simply as “Persian”, they can actually come from Central Asia, Turkey, or the Caucasus Mountains as well as from Persia. Most date from the 19th-century and comprise a variety of palettes and styles, with each town, village or tribal group producing their own distinct designs. 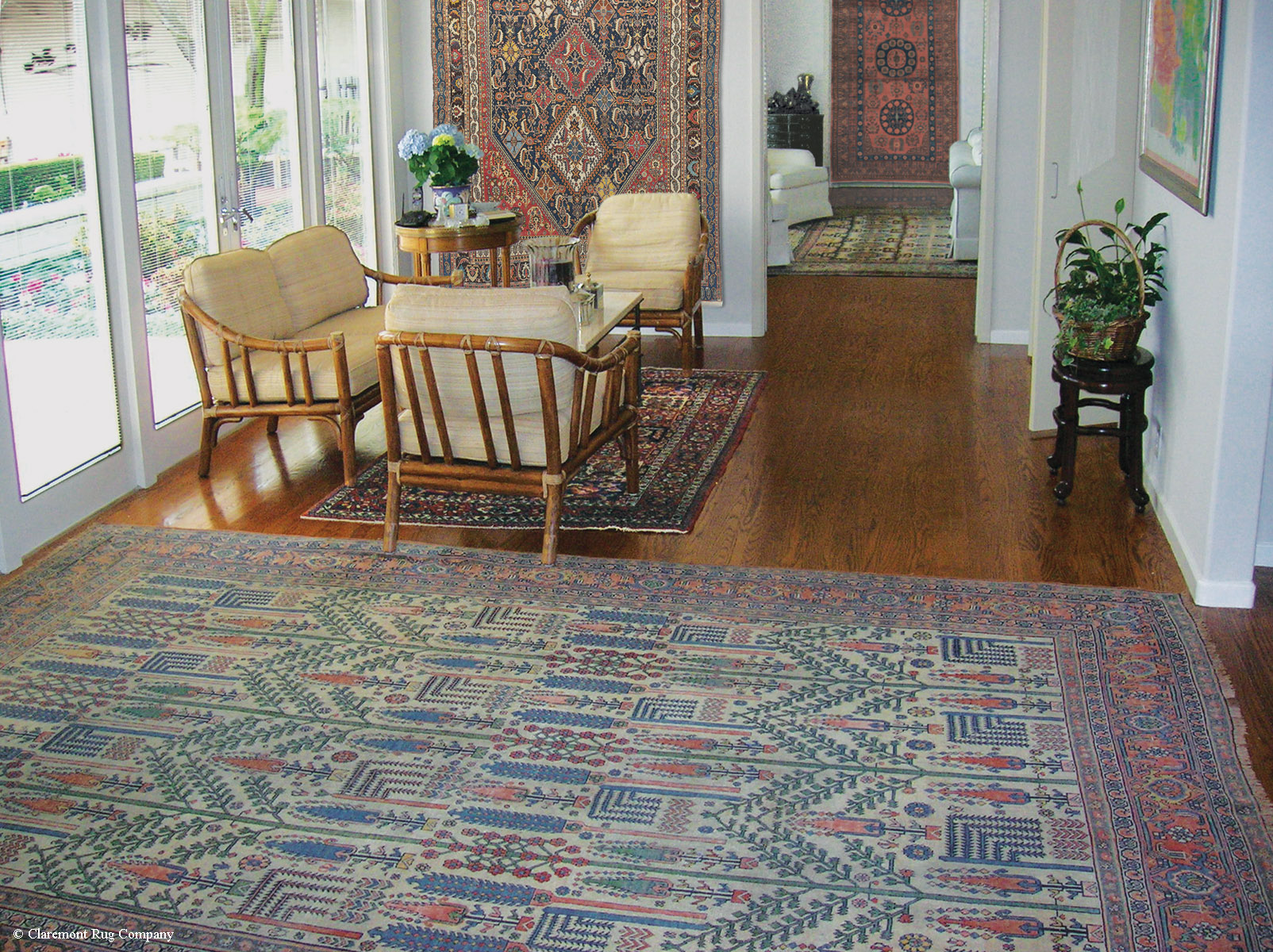 As part of their Whole Home collection, this connoisseur couple displays 19th-century oriental rugs on the walls and floors. 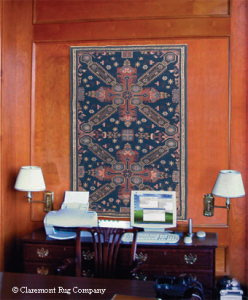 At the forefront of the trend in non-floor display is the Kazak design, which comes from the Caucasus’ highest regions. “The Kazak designs are extraordinarily graphic,” says Winitz. “They’re very non-representational and have large blocks of colour, very much like the art of European modernists such as Matisse, or the Bauhaus artists Paul Klee and Wassily Kandinsky, who all studied Persian rug design.”

Winitz says other popular designs include the Ferahan Sarouk from Central Persia, and the Hadji Jallili (Haji Jalili) Tabriz, named after a master carpet designer in Northwest Persia in the mid-19th-century. 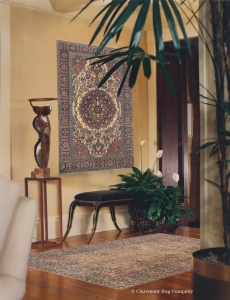 One of Winitz’s clients, Dr. Jon Schreiber, an author and private investor from California, has been collecting antique Oriental rugs since his student days and is an advocate of the trend in non-floor display. With a collection that totals over 500 pieces, Schreiber explains the relationship between wall-hung rugs and modernist painting: “Fine art, you don’t see after a while because your eye becomes accustomed to it. But with rugs you always see something different.”

According to Winitz, “the obvious advantage to putting them on the wall is that it’s a way of preserving them. On the floor they’ll be walked on and there’s going to be a certain amount of wear. On the wall they are totally protected.”

Typically, the antique rugs suitable for wall-display sold at Claremont cost between $15,000 and $150,000 each, though a number of collectors are embarking on what Winitz calls “Whole Home” projects. These large-scale installations can include up to 70 rugs per household, costing between $400,000 and $4m.

Winitz thinks one of the reasons behind the current trend in non-floor display is the state of the global economy. “People are taking money out of the stock markets and other traditional means of investment and putting portions of their portfolio into items that they can see, touch, and which actually add to their quality of life.”

Preparing a rug for wall hanging is relatively simple, but must be carried out by an expert so as not to damage the fabrics. The most traditional method is to have a series of loops sewn in at the top of the rug; brass rods are then inserted through them and secured to the wall.

“There are humidity considerations for displaying antique rugs,” says Winitz. “The ideal humidity is around 65 per cent. Lower humidity may dry out the wool fibers, while higher humidity may cause mildew. The best temperature condition for rug preservation is between 60-75 degrees Fahrenheit.” 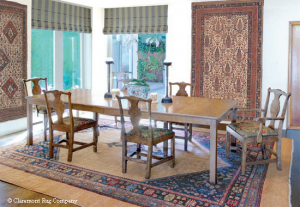 Hanging so that clients can enjoy their many nuances of color and design are two rare 19th-century tribal oriental rugs which are complemented by an antique Persian Malayer carpet.

Though wall hanging is not the only method of non-floor display, it is perhaps the least labour intensive: “We have a number of clients who actually display rugs on their dining tables,” says Winitz, “laid under the glass. That tends to work particularly well in very modern homes.”

Rod King, co-founder of Antique Persian Carpets in Tonbridge in Kent, has over 42 years’ experience in the antique rugs trade. He is very much behind the trend in America as a means of preservation.

“The rugs are a great investment and are really starting to sell well in the UK and in Europe but, of course, once these rugs become worn and damaged, the value decreases dramatically,” he says.

With the recent opening of the Islamic gallery in New York’s Metropolitan Museum of Art, Winitz is certain the value of these antique rugs will continue to rise. “Where antique rugs have suffered in the past”, he says, “is due to lack of exposure. The opening of the New York Met’s gallery will have a tremendous impact on our field.”